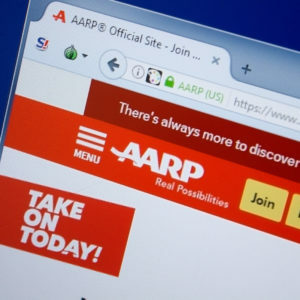 WILCOX: AARP’s Support of Inflation Reduction Act Is an Insult to Patient Victims

Congress dealt a significant blow to patients with rare and chronic diseases.

The so-called Inflation Reduction Act, which President Biden recently signed into law, puts elusive treatments that may one day save patients’ lives or livelihoods further out of reach.

The law includes a provision empowering the government to set prices for some Medicare drugs and reducing drugmakers’ revenues to research and develop new cures. As an added insult, the nation’s largest advocacy group, AARP, is self-servingly championing the legislation as a victory for patients.

Like all price controls, this law’s price-setting provision will negatively affect supply. Prescription drugs are enormously expensive to develop. It takes an average of 10 years and $2.6 billion to create a new one.

To remain profitable, drug companies must earn enough to recoup these development investments and those from the vast majority of promising medications that fail clinical trials. Price controls will curtail investments in rare-disease medications where the potential payoff is already dicey.

The nonpartisan Congressional Budget Office estimates the bill will result in 15 fewer treatments coming to market. Other experts project this number of foregone medications will be far higher. University of Chicago researchers find it will lead to 135 fewer drugs and 331.5 million life-years lost.

Consider the importance of maintaining a robust drug innovation pipeline for patients like Sarah Carollo. Sarah is one of 30,000 Americans with cystic fibrosis who’ve gained a new lease on life with the development of the breakthrough treatment Trikafta. Sarah went from wheezing while walking down a short hallway to running a 5K race thanks to this medication that took 30 years and billions of dollars to develop.

Yet Trikafta helps only about 90 percent of cystic fibrosis patients. “When is it my child’s turn?” ask caregivers whose children aren’t candidates. “And is that going to come?”

This law makes future breakthroughs for such patients waiting on the sidelines less likely. And it kills the best chance of lowering drug prices for all seniors by further delaying a 2020 Health and Human Services rule that would redirect the massive rebates in the prescription drug supply chain to seniors at the pharmacy counter.

Keeping the prescription drug innovation pipeline flowing is more important than ever as the American population ages and becomes more susceptible to cancer, Alzheimer’s, Parkinson’s and a host of other devastating conditions. That makes the vociferous backing of this law by AARP so confusing.

In a recent Twitter thread championing the bill, AARP bizarrely implied drug companies don’t fund research and development. It claimed, “There is NO correlation between drug prices & innovation.”

In reality, the CBO estimates the pharmaceutical industry spends nearly $100 billion a year on R&D, roughly 10 times more than in the 1980s, adjusted for inflation. As a result of this investment, drug approvals increased by 60 percent between 2010 and 2019 compared to the previous decade.

Why would AARP hawk such blatant misinformation to support legislation that will hurt its members? Likely because its paymaster strongly backs it. AARP receives most of its money not from member dues but from its partnership with the health insurer UnitedHealthcare.

In fact, AARP made more than $1 billion in royalty payments in 2020, mostly from marketing the insurance giant’s products to its members. UnitedHealthcare strongly supports the law because it provides $64 billion in new taxpayer-funded health insurance subsidies.

Price controls are a crude and counterproductive response to the complex problem of prescription drug affordability. Americans depend on the interest groups they are part of to clarify how price controls will affect them and prevent the next generation of Sarah Corollos. Unfortunately, the nation’s largest advocacy group chose to put its funder’s interests over its members’ interests.

Terry Wilcox is the co-founder and executive director of Patients Rising, a patient advocacy organization.