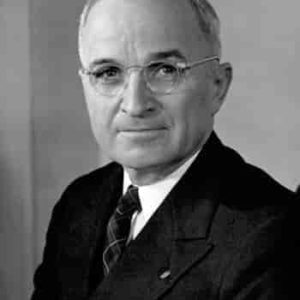 Why My Grandfather Would Have Hated President Trump

In May of 2016, when President Barack Obama was visiting Hiroshima, I was in Los Angeles with Hiroshima survivor Masahiro Sasaki and his son, Yuji.

We were there to support writer and producer Miyuki Sohara, who’d made a short film on Masahiro’s sister, Sadako, who inspired millions with her courage and selflessness in the face of fatal radiation poisoning.

On the day of President Obama’s visit, we were up at 2 a.m. for interviews with American and Japanese media. Following those, we drove out to Santa Monica High School for a program with students.

During setup, I received several calls from an unknown international number.

I repeatedly sent it to voicemail until I had a break and could listen to the message. It was a British radio producer wondering if I would spend four or five minutes discussing Obama’s visit and my own in 2012.

At the end of the interview, the host said, “One last question, Clifton. What would your grandfather think of Donald Trump?

“I’m sorry,” I said. “I’m pretty sure I can’t use that kind of language on British radio.”

I’m a Democrat, but will skew Republican for a good candidate. In my first presidential election in 1976, I voted for Gerald Ford (sorry, President Carter). Most of my friends among the ranks of presidential descendants are Republican.

I believe my grandfather would have hated Donald Trump. He is everything Harry Truman despised and none of the things he was.

Grandpa’s first responsibility was to the American people. He often said that corporations and other special interests have thousands of lobbyists to represent their interests in Congress.

The American people have only one lobbyist: the president of the United States.

He made decisions in the interest of those people, all of them. Years ago, former Truman aide George Elsey told me that whenever he brought Grandpa a problem, he also brought various solutions, as well as their consequences. If you do A) you’ll make the Northern Democrats happy and if you do B) you’ll be a favorite in the South, and so on.

“Which one solves the problem for the most people?” Grandpa would ask.  “Well, that’s this one,” George would say. “But nobody’s going to like you for that.”

It was the solution Grandpa invariably chose.

He kept smart people around him and listened to them, even if he didn’t like what they had to say. When he asked Franklin Roosevelt’s chief of staff, Admiral William D. Leahy, to stay on, Leahy warned my grandfather that he had a reputation for being outspoken and blunt.

“I want the truth,” Grandpa said. “And I want the facts at all times. I want you to stay with me and always tell me what’s on your mind.”

Whatever his decision, Grandpa took full responsibility. The Buck Stops Here sign on his desk was a gift from an old friend, but Grandpa lived it.

After the war, he told Col. Paul Tibbets, pilot of the Enola Gay, that if anyone ever took him to task for the atomic bombing of Hiroshima, Tibbets was to refer them to him. It was his decision and his alone.

During the Korean War, which my grandfather said was his toughest challenge as president, William Banning, whose son, George, had been killed in the fighting, sent my grandfather George’s Purple Heart for his “trophy room.“

The note ended with: “Our major regret at this time is that your daughter was not there to receive the same treatment as our son received in Korea.”

Grandpa kept the letter and medal close by for the rest of his life to remind him of the cost of war and the human impact of his decisions.

He never made more than a civil servant’s living as a politician. Even in retirement, he refused to trade on his office. He turned down dozens of lucrative offers to sit on boards of banks and businesses. They didn’t want him, he said. They wanted the presidency and that was not for sale.

At Grandpa’s passing, newsman Eric Sevareid said: “Remembering him reminds people of what a man in that office ought to be like. It’s character, just character. He stands like a rock in memory now.”

Reporters have been saying such things about Joe Biden for years.

No one, not even his friends, family or most ardent supporters, has ever said anything like that about Donald Trump.

Clifton Truman Daniel is the oldest grandson of President Harry S. Truman and his wife, Bess. Daniel is honorary chairman of the board of the Truman Library Institute, nonprofit partner of the Truman Presidential Library and Museum in Independence, Missouri, and board secretary of the Harry S. Truman Scholarship Foundation. He is currently portraying his grandfather in the one-man stage show, Give ‘Em Hell Harry. He wrote this for InsideSources.com.