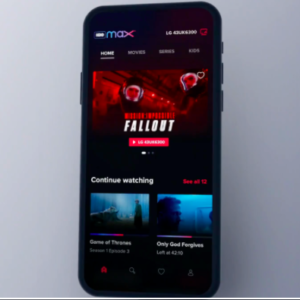 Why Do DC Politicians Want To Take Away Your Free HBO Max?

Why is Massachusetts Sen. Ed Markey so mad about you getting HBO Max for free?

Markey and his fellow Democratic Sens. Richard Blumenthal (Connecticut) and Ron Wyden (Oregon) sent a letter to AT&T demanding an explanation about its plan to let wireless customers stream their new HBO Max service without counting it against their data cap, a practice known as “zero rating.”

Even worse, the senators complained, some AT&T plans actually include HBO Max for free.

And this, according to the senators, is an outrage.

“The Trump FCC may have gutted critical net neutrality protections, but AT&T nonetheless has a responsibility to avoid any policies or practices that harm consumers and stifle competition,” they wrote. “We urge you to provide us with an explanation for the behavior described above by June 25, 2020.”

How is letting customers stream Mad Men without maxing out their data plan a problem?

“This policy appears to run contrary to the essential principle that in a free and open internet, service providers may not favor content in which they have a financial interest over competitors’ content,” the senators wrote. AT&T owns HBO Max.

Under the net neutrality theory supported by Markey and others, if an internet service provider (ISP) like AT&T can “zero rate” its own content, competitors — like Netflix or Disney Plus — will be at a competitive disadvantage.

The only problem with this theory is that it’s demonstrably not true. Since the Obama-era net neutrality regulations were reversed by the Federal Communications Commission (FCC) in 2018, internet service for the average consumer has only gotten better.

Netflix and Disney Plus are leading video providers worldwide, and AT&T offers the same terms to them should they wish to offer this to their customers. In fact, this is no different than Amazon offering Prime members free video streaming.

And, according to speed test company Ookla, broadband download speeds rose 36 percent, and upload speeds increased by 22 percent, in the first 12 months after Commissioner Ajit Pai and the FCC lifted the net neutrality rules. Wireless prices per gigabyte have dropped, too.

In 2020, the deregulated internet faced its ultimate trial by fire when the COVID-19 lockdowns drove up internet traffic by 20 percent. Instead of a crash, internet speed, quality and reliability all cruised along, despite previous predictions by net neutrality supporters that ending the policy would lead to throttled internet service.

“This has been a 100-year-level stress test for U.S. internet service, and it seems to be doing just fine,” says Daniel A. Lyons, Boston College Law School professor and visiting fellow at the American Enterprise Institute. “I hope this ends the argument that we need a net neutrality regime for the internet to survive a crisis.”

Actually, there were significant internet problems due to the coronavirus crisis — just not in America.

In Europe, where they have a regulatory model closer to Sen. Markey’s vision, the surge in internet demand during the COVID-19 shutdown created capacity problems. The European Commission asked Netflix, YouTube and Disney to voluntarily degrade the quality of their streaming services to customers to prevent local networks from collapsing.

That’s a notable disparity in outcomes given that U.S. households consume more than three times as much data as their European counterparts. As Charles Fishman writes in the Atlantic: “In the United States, internet traffic carried by AT&T rose almost immediately by 20 percent starting in mid-March. By the end of April, network traffic during the workweek was up 25 percent from typical Monday-to-Friday periods in January and February, and showed no signs of fading.”

In a statement, AT&T says: “Our wireless subscribers can stream HBO Max video without incurring data charges, which will save money for millions of consumers. This is based on a Sponsored Data arrangement and is a program we offer on the same terms to any entities who wish to sponsor data for their customers. This is similar to arrangements some of our competitors have. We continue to support an open internet and have done so for more than a decade.”

Lyons concurs. “What AT&T is doing isn’t really any different from Verizon offering a free year of Disney+ to their customers,” he told InsideSources. “The problem these senators have is that it’s hard to tell people that giving them free stuff is bad for them.”

“The FCC’s Open Internet order specifically declined to issue a bright-line rule against zero rating,” Lyons notes. “The signatories argue that all zero rating is inherently anti-consumer. But the Open Internet order rejected that conclusion in favor of a case-by-case determination of this innovative new field of competition.”

It also doesn’t help Markey’s case that ISPs like AT&T, Comcast and T-Mobile responded to the new Zoom-economy internet demand during the COVID-19 lockdowns by expanding their services to customers: suspending data caps, boosting internet speeds for low-cost plans and providing free internet to qualified low-income users for a limited time.

“Consumer Reports is encouraged by these timely actions,” said Jonathan Schwantes, a senior policy counsel in CR’s Washington, D.C., office. “Not only are these moves pro-consumer, they’re a no-brainer.”

When America needed the internet, it was there. In a literal example of “if it ain’t broke, don’t fix it,” why would politicians want to interfere with this success?

By Llewellyn King on October 15, 2021
The American head and heart aren’t in alignment on immigration. They are savagely apart. The…
Read More
News

Who Is to Blame for Rise in Philly Crime?