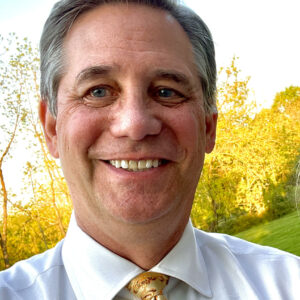 Why Did Cosby Go Free? A Q & A With Former Montco D.A. Bruce Castor

On the day after the Pennsylvania state Supreme Court released Bill Cosby, a decision they linked directly to Bruce Castor’s actions while Montgomery County District Attorney, the former D.A. talked to Delaware Valley Journal about the Cosby case.

This conversation has been edited for clarity and conciseness.

DVJ: Bruce, what is the deal with the memo that you signed with Cosby and his lawyers in 2005?

CASTOR: There isn’t any memo with Cosby and the lawyers. The memo that the Supreme Court opinion refers to is my memo to the District Attorney’s Office in September of 2015, reminding them of what happened in 2005 and saying that you can’t go ahead with [prosecuting] Cosby because that deposition was taken because I agreed that he wouldn’t be prosecuted.

The writing that exists on the issue of whether he would be prosecuted or not is the press release that I wrote in February of 2005 where I announced that we wouldn’t prosecute him. That triggered the domino [effect] of Cosby being unable to use his Fifth Amendment privilege in the civil case against him.

DVJ: So, it was basically a gentleman’s agreement?

CASTOR:  No, there’s no agreement.

It’s amazing how many times reporters have asked me about an agreement and assume the fact in the question. There was a definitive statement from me that the Commonwealth would not prosecute Cosby. As a direct result of that — there doesn’t need to be anything on his end, he doesn’t have to agree or disagree — he’s not going to be prosecuted. He automatically loses his Fifth Amendment privilege. So there is no agreement that needs to be reached.

DVJ:  And why did you do that?

CASTOR: I had concluded there was not enough evidence to win the case. And at that point, I have two choices: I can do nothing and hope the case gets better over time — which in this instance would mean a confession because it couldn’t get any better over time and I didn’t think a confession was likely.

I could’ve done nothing or I could have done something, and I chose to do something. That “something” was to create an atmosphere where, if he was sued, Cosby would have to sit through a deposition. Where he couldn’t point to me and say, ‘Well, that guy might lock me up if I say something incriminating, so I’m not going to talk at my deposition in the civil case.’

And I decided that lawyers who knew what they were doing would know what to do with that. So I made that decision, so that when he was sued, he wouldn’t have the Fifth Amendment as a shield.

DVJ: Do you think the Supreme Court’s ruling vindicated you?

CASTOR: The Supreme Court decision not only accurately outlines my thinking, but it certainly seems as though the Supreme Court agreed with my thinking and rationale at the time. And frankly, I don’t know that I had any other choice.

DVJ: When you have a situation where you have somebody who has up to 60 women who’ve made accusations about him — to the average person who’s not a lawyer, they just look at this guy and assume he’s guilty. What made the case so difficult to prosecute?

And this is still the United States where, if you’re a victim of a crime, you go to the police and say you were victimized and, and police investigate. They arrest [someone] if they think there’s enough evidence. And then there’s a trial where you confront your accuser. So having 60 people say that Cosby molested them, but none of them went to the police, is not very helpful.

DVJ: Did Cosby’s fame have anything to do with your decision?

CASTOR: No, of course not. If I thought I could have arrested Cosby and convicted him, not only would I have done on it, I’d have done it myself. I wasn’t afraid of anybody, then or now.

DVJ: If we put you in a time machine and sent you back to 2005, knowing what you know now, what, if anything, do you do differently?