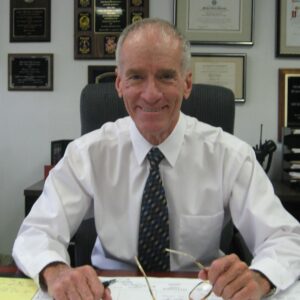 Who Is to Blame for Rise in Philly Crime?

Police officials and Philadelphia District Attorney Larry Krasner don’t see eye-to-eye when it comes to the city’s increasing crime rate. Neither side can agree on the cause behind the rising homicides and shootings. So, who’s right?

According to the DA’s office, 29 percent of homicides resulted in an arrest, and only 15 percent of nonfatal shootings resulted in arrests. Some police officials believe the district attorney isn’t prioritizing those prosecutions. However, a representative from that office told The Philadelphia Inquirer violent crimes “have always been a top priority.”

“There’s no one side that’s responsible or irresponsible,” Chitwood explained. “There are two sides, and the people who suffer from lousy police work and lousy prosecutors is the community.”

Chitwood spent 55 years on the police force before retiring. He served as police chief in Portland, Maine for 17 years, Delaware County for 14 years, Middletown Township for four and half years, and as a Philadelphia homicide detective for 20 years.

Chitwood says he believes the biggest problem with the increase in violence is the police department’s inability to interact with the community.

“I think two things happen. The first thing is the police department. We’re our own worst enemy when it comes to dealing with the public,” Chitwood said. “We don’t know how to treat people the way people expect to be treated. And that’s as follows, and I always say this whenever I hire somebody. Always treat people the way you want yourself and your family to be treated. If you do that, 95 percent of the time you’re going to be alright. There’s going to be 5 percent of the time that you’re not going to be alright and that’s where you learn how to defend and take the aggressive action that’s needed.”

“The second thing is, you have this elected DA who does not prosecute violent offenders,” Chitwood said. “Those individuals that commit these heinous types of crimes like rape, aggravated assault, murder, they have to be prosecuted to the full extent of the law.”

Thomas Hogan, former Chester County District Attorney, and a former federal prosecutor now in private practice, also sees this as a problem. In a podcast for The Manhattan Institute, Hogan decried progressive prosecutors, including Krasner, who have been elected with outside money in cities around the country.

“The police can do all this stuff, but unless the prosecutors are there to work with the police, to lock up the 5 percent (who commit most of the violent crimes), to lock down these 5 percent of locations (where crime happens), and work with them on taking care of these timeframes (weekend nights in the summer months), the police can work as hard as they want,” said Hogan. “It won’t move violent crime at all if you don’t have a prosecutor working with you.”

He predicted that violent crime will continue to increase in the next 15 to 20 years unless people get fed up and vote out the prosecutors who philosophically oppose incarceration.

“The only question is whether there will be a political will to fix this,” said Hogan.

“You can’t commit a crime if you’re in jail,” said Chitwood. “And you shouldn’t be in jail unless you commit a crime. The non-violent types of crime that are committed, I can see giving somebody a pass. I can see trying to rehabilitate without any problem. But those violent offenders that commit violent crime over and over again, they do not belong amongst us. I think that there’s a way to start that.”

The Inquirer analyzed that out of the 8,500 shootings between November 2015 and August 2020, only 21 percent of them led to an arrest, and only 9 percent led to a conviction. That statistic includes all fatal and nonfatal shootings during this time.

Chitwood’s suggestion to fix the crime and violence in Philadelphia? Put police officials through specialized training that teaches them how to treat people and gain the trust of the community they serve. Chitwood knows that isn’t going to happen overnight.

“It takes a long, long time to build that bridge that interacts with the community,” Chitwood said. “I think that’s the first thing the police have to do. The second thing that the prosecutors have to do is start putting these individuals in jail. You know, no bail, no ‘get out of jail free’ card. Those types of things just don’t work. As long as you see the swinging door of justice in any city, you’re going to see this increase in crime and what’s happening to society as we speak now.”