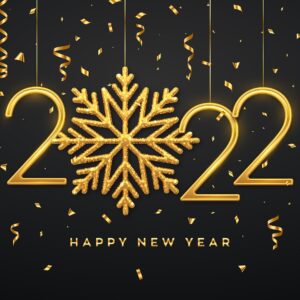 While politics may divide us, nearly everyone agrees welcoming the New Year with good food, friends, and family is what la dolce vita is all about.

The Delaware Valley Journal asked some of the numerous candidates running for Pennsylvania governor and the U.S. Senate what their New Year’s traditions are and whether they are making a resolution for 2022.

Several politicians said they typically eat the Pennsylvania Dutch meal of pork and sauerkraut on New Year’s Day, which is supposed to bring diners good luck in the coming year.

Carla Sands, a Republican vying for her party’s nod for the Senate, said, “My favorite New Year’s tradition was my grandmother would make pork and sauerkraut and we would all sit down to a big New Year’s dinner. That’s how my family in central Pennsylvania did it.”

“My 2022 New Year’s resolution is to flip the U.S. Senate by electing an America First conservative in Pennsylvania,” Sands added.

“The Gale family’s New Year’s Day tradition is having a pork and sauerkraut dinner,” said Gale. “My resolution for 2022 is to become the next Republican governor of Pennsylvania, so I can cut the pork in Harrisburg.”

Charlie Gerow, a Harrisburg-based political consultant also running for governor, said, “I’m pretty boring. I’m generally in bed before midnight and set the alarm so I can see the ball drop.”

On New Year’s Day, he will “eat some pork and sauerkraut with my mom and watch the Penn State football game and probably a couple of others, too. I’m not one for New Year’s resolutions but I pray daily for strength to help others, for humility to keep me straight, and to honor God in all I do.”

Former congressman Lou Barletta, who is leading in the polls in a field of more than a dozen vying to be the Republican candidate for governor, said, “Lately, my wife Mary Grace and I have been spending New Year’s Eve quietly at home, and I might enjoy a glass of wine and a cigar. Some of my best memories are of our First Night family-oriented celebrations, which we started in Hazleton while I was mayor. In 2022, I’ll continue to travel to every corner of the commonwealth, planning to restore common sense to Pennsylvania government.”

Will Simons, a campaign spokesman for Attorney General Josh Shapiro, the only Democratic candidate running for governor so far, said, “Josh likes to celebrate New Year’s with his family, and this year his resolution is to spend as much time with his family as he can while continuing to do everything in his power to make Pennsylvanians’ lives better.”

Guy Ciarrocchi, who is on leave from his job as CEO for the Chester County Chamber of Business & Industry, has also joined the fray as a Republican in the race for governor.

“My wife and I honor the age-old tradition of many parents: We sleep through the ‘ball-drop’ while ‘Dick Clark’s Rocking New Year’s Eve’ plays on TV,” he said.

Ciarrocchi has two resolutions: “One, to never stop thanking my wife, Chris, for supporting my run for governor and taking care of our home and family; and, two, as Chamber CEO in 2020, I vowed not to stop fighting until everyone was back at work and every child was back in school—now, I’ve taken that mission on as a candidate.”

Dr. Kevin Baumlin, a Philadelphia Democrat who is running for the Senate, said he usually works in the emergency department at Pennsylvania Hospital on New Year’s Eve but is not working this year. However, “with COVID, maybe we’ll just stay home, make a baked Alaska.” On New Year’s Day, Baumlin and his husband traditionally make a large pot of chili and have friends over.

As for his resolution, it’s to “win the Senate race.”

Pennsylvania Senate Pro Tempore Jake Corman, a Republican candidate for governor, said, “New Year’s Eve is always about spending time with good friends. Being surrounded by friends is a really great way to end one year and begin another.”

For others, it’s a time for prayer.

“As a child, growing up in a region (Cameroon) where nutritional insecurities from unpredictable climatic changes, locust invasions, and resultant famine were not infrequent occurrences, on New Year’s Day our family would pray, sing and wish for greater rainfall, robust fertility of the soil and bountiful crop yields. This tradition has persisted over the years,” said Dr. Nche Zama, a cardiothoracic surgeon who lives in the Poconos and is a Republican running for governor.

“My New Year wish is for greater social harmony in our beloved state, nation, and world, and an understanding by everyone that we are all woven together in a single garment of destiny,” said Zama. “What affects one affects all.”