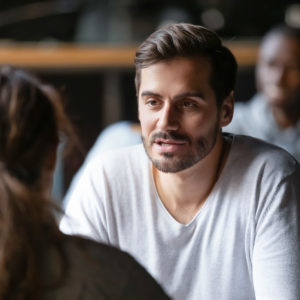 When you’re out having drinks with friends, are your personal conversations about politics private? Should they be?

According to at least one New England restaurant, the answer is no. And thus far, advocates for #BlackLivesMatter and other progressive political causes agree.

Since the beginning of the protests following George Floyd’s death at the hands of a Minneapolis police officer, what critics call “cancel culture” has been operating overtime. The premise of “cancel culture” is that people should be denied access to media platforms or publicly shamed into apologizing for expressing opinions unpopular with progressive activists.

It’s happened to public figures like New Orleans Quarterback Drew Brees, who was pressured into apologizing for saying he disagreed with political protests by athletes that “disrespected the American flag.”

It happened to Philadelphia Museum of Art director Timothy Rub and president Gail Harrity when they sent out an all-staff email saying, “At this historic moment of anger and protest … it is vitally important to reaffirm that every individual life matters.”

And there have been multiple incidents of conservative public officials attempting to dine out — Sen. Ted Cruz (R-Texas), former White House spokeswoman Sarah Sanders — and being attacked or asked to leave by angry progressives.

But what about being targeted for private conversations around a pitcher of beer and plate of wings?

On June 11, Donald Hause and some friends dropped in the Mission on the Bay restaurant for some COVID-19-era outdoor dining. (Massachusetts still doesn’t allow indoor restaurant dining)

As Hause, a local select board member, recounted later, the conversation was typical after-work fare — grousing about politics, the coronavirus lockdown, current events, etc. “At one point, I shared my personal view that I believed the rioting and looting was hurting the Black Lives Matter movement and its core message,” Hause said.

Enter Erik Heilman, a 20-something, politically aware bartender. He overheard some of Hause’s table talk and, when he got off the clock, he promptly got on the internet to share it with the world.

“I was working so I obviously wasn’t able to hear every word that was said, but every time I walked over I was dumbfounded by the things I was hearing these people just casually throw around as if nobody could hear them.”

Hause posted his own Facebook message denying Heilman’s portrayal of the conversation, pointing out that the bartender was rarely by their table and expressing retreat that, if the young man had a differing opinion, he didn’t say something to Hause at the time.

When the story first broke, Heilman was fired for violating the privacy of a restaurant patron. “If you’re here, you’re in Switzerland,” restaurant co-owner Marty Bloom said. “People need confidentiality in our restaurant.”

Progressives supporting Heilman responded by besieging the restaurant with online posts and phone calls, denouncing management for “silencing” its staffer. After two days, the restaurant changed its tune.

The decision to fire the bartender was “a mistake,” the restaurant said, and not only are they willing to rehire Heilman, they told Hause he is “no longer welcome” to dine there.

The activist bartender was offered his job back, and the customer who had his privacy violated is banned for life.

So, is this the future of America’s nightlife — cocktails, conversation and political correctness?

Not if Fred Yarm, a Boston-area bartender and board member of the U.S. Bartender’s Guild, can help it.

“Great bartenders are known for their discretion and their respect. Some of the famous bartenders in history never told a soul what their conversations were about,” Yarm told InsideSources. “One of my favorite instances was David Chan at Trader Vic’s who served many Navy Grogs to Richard Nixon during his presidency; undoubtedly, Nixon revealed plenty of secrets in confidence to Chan, but Chan never broke the bartender-guest confidentiality.”

“I do not believe that vigilante justice has a place in hospitality,” Yarm said.