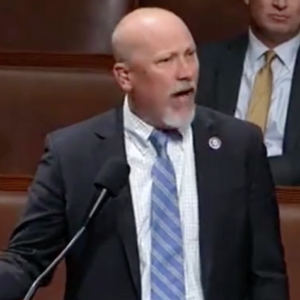 ELUND: What the Populists in Congress Get Right and Get Wrong

The holdouts against Kevin McCarthy’s House speakership — many of them hardline populists of the Freedom Caucus who enabled the horrible attempt to overthrow a free and fair election in violation of the Constitution — squeezed concessions from the powers that be in the chamber. A number of these promises may be good for the country; others not so much.

Let’s first start with the problematic items on the populist’s agenda. In an apparent attempt at payback for the legitimate and vital bipartisan hearings into the January 6 coup, the holdouts gained a new subcommittee under Jim Jordan, populist chairman of the Judiciary Committee, to once again investigate the investigators and other politically motivated items, such as the U.S. withdrawal from Afghanistan, COVID’s origin in China and Hunter Biden’s laptop.

The last time Republicans investigated the investigators — Special Counsel John Durham’s probe — it generally flopped and illustrated the hazards of such politically motivated wild goose chases. If the populists find genuine hints of FBI or intelligence agency misbehavior or abuse of citizens’ civil liberties, then further investigation is certainly warranted — as it was in the Church hearings of the 1970s. But, probing Justice Department investigations of Donald Trump’s responsibility for the January 6 coup attempt and the stealing of government documents seems designed merely to throw a wrench into such legitimate investigations and undermine them.

To have any legitimacy, the subcommittee at least should wait until the investigations are complete to preserve the integrity of the process and only get involved if evidence appears of Trump’s or others’ civil liberties have been clearly violated — which so far has been meager. More important, in an apparently flagrant conflict of interest, some of the people on the subcommittee investigating the investigators may very well be ones being investigated for events around the coup attempt — for example, Rep. Scott Perry of Pennsylvania, who had his cell phone seized by the FBI.

On the other hand, investigations of Biden’s chaotic Afghan withdrawal could act as a congressional after-action report to help improve the next U.S. troop withdrawal under hostile conditions. It is hoped such hearings will not degenerate into an endless debacle such as those surrounding the Benghazi attack, which made a mountain out of a molehill designed, as McCarthy even later admitted, for the political end of driving down Hillary Clinton’s poll numbers.

After all, in withdrawing from Afghanistan, President Biden accomplished what no other president wanted to do (George W. Bush and Barack Obama) or was competent to do (Donald Trump).

Investigating the origins of COVID might best be principally left to qualified scientists, but congressional hearings could further publicize China’s disingenuity and obfuscation at the beginning of the pandemic. Congressional hearings into private citizen Hunter Biden — that is, into his laptop and tax problems — seem to have little redeeming value, thus resembling the politicized Benghazi hearings. The investigation should be left to the Justice Department, at least for now. Fat chance.

Where the populists are on firmer ground are their demands for a more decentralized House and federal spending cuts, including the Department of Defense’s budget. Since Newt Gingrich in the 1990s, power in the lower chamber has flowed excessively to the speaker and away from the experts on legislating committees. Weakening the speaker and turning back more power to those committees and the rank-and-file members is likely to produce better laws. The populists correctly point to the recent bloated $1.7 trillion omnibus spending bill funding the federal government, which was decided by the leadership of the House and Senate in consultation with the leaders of appropriations committees only, not the members of those committees.

Laudably, the power to move to oust the speaker will be transferred from other House leaders to rank-and-file members. However, allowing only one member to threaten a vote to take down the speaker seems excessive, primarily when chaos recently was caused by allowing only one representative and one senator to tie up Congress with bogus challenges to electors from certain states in the last presidential election — a defect that just had to be remedied by legislation increasing the number of members of Congress needed to generate such an objection.

Commendably, most of the Republican populists support sorely needed federal spending cuts, including some who would join progressives in much-needed cuts to the budget of the bloated and grossly inefficient Pentagon. House Republicans want to make it easier to cut spending, offset any increases in spending on particular programs, and once again discourage earmarks (blatant “pork” spending).

However, to leverage those cuts, using the threat of throwing the U.S. government into default on its borrowing obligations by not raising the legal debt ceiling, which Republicans are famous for doing against Democratic presidents, is irresponsible. (Importantly, raising the debt ceiling is not new spending, it only allows the government to pay bills to which it has already committed; furthermore, a strict textual reading of the Constitution does not empower Congress to limit the government’s payment of such incurred debt.)

Strangely, the Republican populists did not threaten a U.S. default when the big-spending Republican presidents George W. Bush and Donald Trump were in office. But as long as the default threat is not used, with more than $31 trillion in national debt, which is growing because of continuing massive federal budget deficits, some budget hawks on the Appropriations Committee could be a valuable addition— a vital concession that McCarthy has granted to the holdouts.

The populist counterforce against McCarthy is not all bad and, in some circumstances, could have positive effects.

van Eland is senior fellow and director of the Center on Peace and Liberty at the Independent Institute and author of “War and the Rogue Presidency." He wrote this for InsideSources.com.