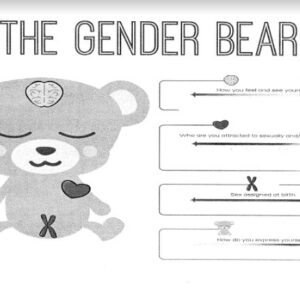 West Chester Area School District Superintendent Bob Sokolowski admitted during the Oct. 25 school board meeting that the district does, in fact, teach children a gender-affirming curriculum.

His remarks came after several residents spoke out against the controversial curriculum, which the Delaware Valley Journal found had permeated to the kindergarten level.

Connie Halloway spoke to the board about a document obtained through a right-to-know request showing the district does not necessarily tell parents if their child is using another gender at school than at home; rather, it depended on if the parent or guardian is supportive of the child’s seeking to change their gender.

“Let me make one thing perfectly clear,” said Halloway. “We are not co-parenting with the government. This is not the Soviet Union or Communist China. You do not have the authority to determine what parents deserve to know about their child’s health.”

Sokolowski said, “One of the things I can share is those plans are very specific. They are very personalized. I can share with you that when I was the principal at Henderson High School, there was a student that was transitioning to a different gender and that was something this particular student was very uncomfortable sharing with one of her parents…We exclude those plans in the fullest protection of the students.”

West Whiteland resident Mike Winterode said a right-to-know request had confirmed a teacher training at Fern Hill Elementary School in August, where teachers who taught children as young as kindergarteners were instructed on gender education.

“While teachers did learn how to introduce gender education to kids who still believe in Santa Claus, they didn’t really learn all about gender. They didn’t learn what happens once we get beyond pronouns and name changes.

“And kids grow older and they decide to continue down the road to gender transition, the medical realities, such as puberty blockers, shrinking brain development, or freezing the growth of the pelvis in a prepubescent state,” said Winterode. And “cross-sex hormones possibly destroying the ability to orgasm later in life or how during a double mastectomy the nipples are repositioned…killing the ability for a woman to breastfeed.”

Winterode added, “there is a harsh reality that suicide rates go up 20 percent after gender-affirming surgeries.”

He offered to bring two young women, who went through gender transition and then regretted it, to the district to speak at an assembly.

“There is a storm brewing, and that is the growing number of young men and women who realize they were manipulated, they were manipulated at a time in their lives when they needed the guiding hands of responsible adults,” he said. He urged the district to be one of the first in the country to host an event like this. “The de-transition community is growing, and all of us need to listen to them. They have a lot to teach us.”

Parent Dan Hill also spoke about the Fern Hill Elementary School gender teacher training, saying that he did not want his daughter exposed to this. He pointed out the trainer said on her Twitter feed that she was a “radical activist.”

And the books she recommended were “controversial” and “inappropriate.”

The stated goal of the training was “challenging gender limits,” which will “instill confusion in little children” and promote a “multi-billion-dollar gender-affirming care industry…that encourages chemical castration and surgical manipulation.”

And, Hill noted, as an election approaches, the state Department of Education had “scrubbed” its website of the page that promoted gender education.

“This is no longer about tolerance and being inclusive,” said Hill. “It is about celebration and recruitment in order to sustain this industry.”

“I understand that many of us did not experience school that way when we were growing up. But there is a need for this,” Sokolowski said. “This is a reality. We do have transgender students in our schools and we are best preparing our students, our teachers, as well.”

He said feedback from the Fern Hill teachers who took the gender training was positive with 94 percent finding it “relevant and practical.”

He said it was harder for students to learn academics if they can’t go to school “knowing they are safe, respected, and valued.”

“This responsibility to help our students achieve their goals is one we do not take lightly,” he said. And it is one “we will continue to strive toward as a district.”