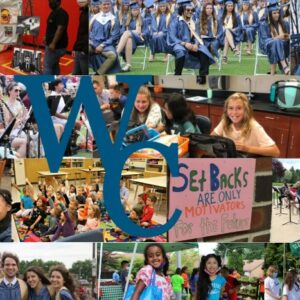 The West Chester Area School District on Monday said it would review its policies after controversy arose about a schoolwide survey in which high school students were asked about the politics and news-consumption habits of their homelife.

“WCASD is aware of questions regarding a high school student’s survey,” the district said in an email to Broad + Liberty from its communication director as well as in a Twitter thread.

“The survey being shared was created as part of a student’s advanced placement project and intended only to assist with the student’s research. All AP surveys are completely voluntary and anonymous. Once District administration became aware of concerns due to the political nature of the survey, it was reviewed, taken down, and any previously recorded responses were deleted. WCASD is examining its procedures regarding the distribution of surveys to students and taking necessary steps to ensure that future student research projects and distribution occur in a fashion consistent with Board policy.”

The promise for a policy review comes after Broad + Liberty published a story Friday afternoon about the survey which had become a controversy in social media in previous days.

The survey asked students at Bayard Rustin High School how their parents were believed to have voted in the last election, as well as what sources of news the student’s parents relied on the most. Students were asked whether their parents were liberal (“believe in…equality) or conservative (“resists change”).

After the original story, Broad + Liberty also obtained a screenshot copy of an email allegedly sent by the school principal that distributed the survey to all students at Bayard Rustin. The district, however, did not directly confirm or deny the provenance of the email when asked, and instead only produced the above statement.

That email asked students to complete the survey, mentioned that it was in support of a student Advanced Placement Capstone project, but did not specifically inform students that they could opt out.

One person who responded on Twitter to the district’s statement suggested that a review of the survey is first needed, at a minimum.

“Any true (as defined by the HHS 45 CFR 46) research conducted with humans as participants should go through an Institutional Review Board, does the district have one, or an IRB they utilize?”

Other instances show that districts often go to significant lengths to notify parents of when students will be surveyed.

For example, the Penns Manor district in Indiana County sent out a press release to news outlets in late January to let parents know a questionnaire would be distributed asking students “how they feel about themselves as a learner and how they feel about school.”

The press release also provided contact information for parents with concerns or questions to reach out to the district.

Screenshots of the survey in WCASD reportedly first were circulated on Facebook, a claim which Broad + Liberty has yet to confirm.

But other screenshots were circulated on Twitter by the account “Libs of Tik Tok” which has more than 545,000 followers. That tweet was sent on Thursday, two days after the survey was distributed.

That tweet from LibsofTikTok had already racked up thousands of likes and retweets by the time Broad + Liberty published on Friday.

This article fire appeared in Broad and Liberty.