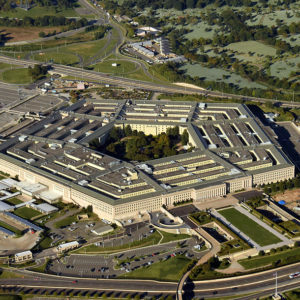 All this week, Delaware Valley Journal will be publishing stories about the impact of Watergate on American politics and culture, leading up to the 50th anniversary of the break-in on Friday, June 17.

This month marks the 50th anniversary of the break-in at the Democratic National Committee headquarters in the Watergate complex that eventually led to the resignation of President Richard Nixon.

A stunning, but mostly forgotten, aspect of the broader Watergate scandal was the revelation that the Nixon administration conspired to use the federal government’s contracting and grant-making authority to reward supporters, punish enemies and solicit campaign contributions.

Some of those contributions led to indictments under a statute prohibiting federal contractors from making political expenditures. That statute remains in effect today. But, thanks to the Supreme Court’s 2010 Citizens United decision, a contractor can now make unlimited political expenditures without violating the law — and keep it all a secret.

While this is a depressing state of affairs, President Biden could address some of this absurdity with the stroke of a pen.

The justification for a contractor contribution ban is that public officials might be tempted to trade contracts for favors — and, too often, they do. The 2008 scandal involving former Illinois Gov. Rod Blagojevich provides an object lesson. Besides trying to sell a U.S. Senate seat, Blagojevich also attempted to extort campaign contributions in exchange for increased Medicaid payments. Notably, this occurred soon after Blagojevich’s predecessor was convicted … for selling state contracts.

Those cases might never have been discovered if not for clues in publicly disclosed campaign contributions. But most of the political spending in which contractors may engage as a result of Citizens United is unlikely to see the light of day.

An episode involving energy utility Southern Company, which receives tens of millions of dollars a year through federal contracts, shows how the current regime works. In 2020, Southern Company gave $1 million to a 501(c) nonprofit called One Nation, which was run by a former chief of staff to Senate Minority Leader Mitch McConnell. The nonprofit spent nearly $100 million that year on advertisements praising Republican Senate candidates and attacking Democratic ones.

We know about Southern Company’s million-dollar gift to McConnell’s network because the company voluntarily disclosed it, which is a relatively uncommon practice. Those giving with corrupt intentions are not likely to be so forthcoming.

Consider the case of another utility, Ohio-based FirstEnergy. An internal FirstEnergy presentation in 2017 expressed the company’s preference for giving to 501(c) groups as “these are considered ‘dark money’ (entities) because they are not required to disclose where the donations come from.”

Three years later — after FirstEnergy spent $60 million in dark money successfully pursuing an unfathomably generous bailout from the state legislature — a U.S. attorney accused the company of participating in “likely the largest bribery, money-laundering scheme ever perpetrated against the people of the state of Ohio.” FirstEnergy agreed to pay a $230 million penalty to settle the charges.

Campaign finance law should be updated to vastly increase disclosure requirements and close the loophole that allows contractors to evade the contribution prohibition.

While passing legislation like this will be a challenge, a partial remedy could be applied right now. President Biden could issue an executive order requiring federal contractors to disclose their contributions to entities that seek to influence elections.

Such a step would increase taxpayer confidence in the contracting process. It would also strike the first blow against dark money at the federal level since the Citizens United decision was handed down more than a decade ago and offer a tangible way to address the perception and reality of corruption in our system.

Lisa Gilbert is vice president of legislative affairs for Public Citizen. She wrote this for InsideSources.com.