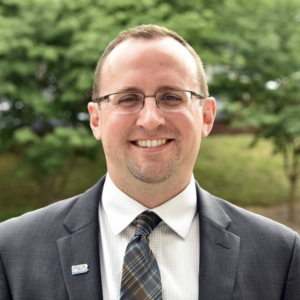 During the summer of 2020, I was told by numerous people that the PSEA had absolutely no influence over the decision on whether to open schools in Bucks County for the start of the 2020/2021 school year. Two years later and several thousand emails obtained via the Right-to-Know requests, I have learned that was a lie. I have also realized that the people who kept schools closed were either scared of COVID or scared of the PSEA.

That is just the beginning of the story I will tell about why it was so hard to get children back into school in our area. Keep in mind Bucks County had more kids attend in-person education than surrounding counties, thanks to our health director and the parents and board directors who fought to make it happen.

Central Bucks School District is the largest suburban school district in Pennsylvania. Up until July 17, 2020, former Supt. Dr. John Kopicki had been telling parents that school would open for a full five days per week. On July 17 he tried to change the law regarding how children are educated in Pennsylvania. Without board approval, he made the unilateral decision to switch the entire district of 18,000 students to “hybrid” education.

In announcing his decision, Kopicki lied to parents about what the state guidelines actually were.  Then he had district employees incorrectly measure desks from edge to edge rather than from center to center, which is what county health director Dr. David Damsker advocated that would have allowed schools to open normally.

Because of Kopicki, kids could only attend school two days per week. Secondary students weren’t even allowed to eat lunch in school.

Now we know that he kept kids out of school because of pressure from PSEA Mideastern Regional President Bill Senavaitis. Instead of preparing his classrooms for the upcoming school year, Senavaitis went on an unprecedented assault against Damsker, who was giving parents hope that children could have a relatively normal school year.

Senavaitis spent his time writing op-eds bashing our health department and asking Bucks County citizens to tell a board-certified public health doctor to change his health guidance in order to align with what the PSEA wanted–not what was best for children.

From emails, we learned he attacked Bucks County Health Director Damsker with a flurry of personal attacks so repulsive that Bucks County Commissioner Bob Harvie chided him for it. Later, he went as far as calling parents “jerks” in his PSEA newsletter. On August 6, 2020, he got the PSEA state president to send a letter to Bucks County commissioners pressuring them to force Damsker to change his guidance so that kids could be kept out of school. But Damsker never changed his guidance.

Bill Senavaitis left his position as president of the PSEA Mideastern Region when the truth came out. But now that time has passed the PSEA feels it’s safe to promote him again so that he can be in the same position when the next crisis occurs. Is this the type of leadership the PSEA wants to represent its organization? Is this the type of organization politicians want endorsing them?

Now, two years later, we know Damsker was correct about learning loss, distancing, and treating COVID like the flu. Senavaitis was wrong about everything concerning COVID. His op-ed titled “David Damsker’s remarks about 3-foot social distancing in schools are harmful,” is a personal and professional humiliation for him. We need to ask why he is back in the leadership role in the PSEA.

The PSEA under Senavaitis’ leadership advocated for thousands of children to be kept from school—catering to the unions’ agenda, not the children’s. That speaks volumes about the PSEA and should make every citizen and especially parents wonder what type of organization is influencing our district administrators, our school board, and our kids. All the emails and documents backing up my opinions can be found  here.

Jamie Walker is a Central Bucks School District mom of three and a former teacher.