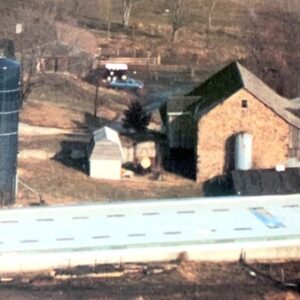 Imagine a knock on your door, and somebody announces that they intend to purchase your home, and that you will need to vacate it shortly. Imagine, also, that you are told that the value of your home will be established by the purchaser, and that you must accept the offer without objection. Sounds like a nightmare scenario.

This nightmare has played out time and again here in Chester County. It occurs when a local government decides that they want to take someone’s property for public use that is deemed more important than the rights of the property owner. It does not matter how long the property may have been owned, or how the owner feels about being forced to give up their land. If the locality wants it, they can take it at a price they feel they should pay. The process is called Eminent Domain, a somewhat gray area of law that has been in constant dispute for decades.

In the recent past, there have been examples of localities using Eminent Domain to seize private property for values that owners have felt unjust, and for reasons the community has sometimes found inappropriate. In the view of the Libertarian Party of Chester County, the use of Eminent Domain is nothing more than theft by forcing a sale to a government that cannot purchase property by accepted legal means. By taking property with a forced sale, the property is being stolen, and this is wrong.

The latest threat of Eminent Domain use is happening in East Goshen Township. The victim in this case is Goshen View Farm, owned by the Hicks family. The ancestors of this family settled in Chester County back in 1769. According to a family member, this farm was purchased by William Huey Hicks in 1909. William was interested in the land because of the new system of electrification along Paoli Pike. Hicks bought the farm from the Sharpless family the old-fashioned way, by offering the owner a fair price and having the seller agree to the transaction in a free and agreeable sale.

You may ask what the critical need is for taking a strip of land from a farm along Paoli Pike? Is there a hospital being built? Perhaps some emergency access is needed for a fire department? In fact, this property is being seized for a possible walking trail no more than two miles long, according to some local residents.

Sometimes referred to as “The Trail to Nowhere,” this strip of property is supposed to meet up with other township trails that may or may not ever exist, or even meet with this section of the trail. Perhaps the prospect of millions in government grant money is affecting the decision to invoke Eminent Domain. By some estimates, the township is spending about $5 million per mile to build the trail, $10 million in total.

The family that owns the property is not only unhappy with the threat of Eminent Domain but is also concerned about how visitors may impact their valuable horse stabling business, and about liabilities that may ensue when bikers and hikers cross the vehicle traffic on the farm lane exiting to Paoli Pike.

Fortunately, Pennsylvania’s strong Sunshine Laws appear to require the local council to present the Eminent Domain plan to the voters and allow them ample time to consider both this drastic action and accompanying expense before seizing property from the owners. The LPCC has no doubt that upon learning of this shameful plan, they will insist that their politicians act in the same fair and proper way that the voters are expected to behave. Stealing is theft, no matter what law it cowers behind. It is time to debate the use of the unfair laws of Eminent Domain.

Stephen Wahrhaftig is chair of the Libertarian Party of Chester County. He wrote this for Delaware Valley Journal