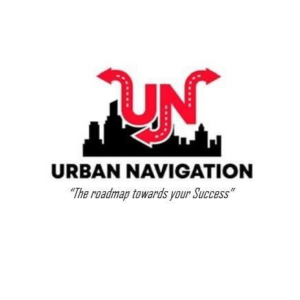 In Philadelphia, the 2021 murders were the highest in decades—562. And as of Feb. 10, 55 people have been murdered this year. People point fingers at city officials and the state legislature, the police, and the schools. But who is doing something to help?

This new organization, founded by Don Jackson and Hameen Diggins, is stepping up to get kids on the right track and keep them there. Already operating in Philadelphia, they are in talks with the City of Chester, Collingdale, Upper Darby, and Ardmore to bring Urban Navigation to the suburbs.

Jackson, a founder of the Philadelphia Technician Training Institute, said the technical school is for students 18 and older and teaches them skills to get good-paying jobs. 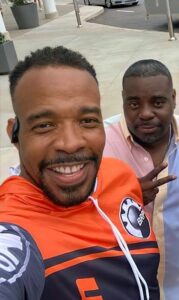 But with the rising crime rate, he decided that younger kids needed guidance and to learn some skills, too.

“There’s a rise in all the gun activity,” said Jackson. “So what we did was we started looking at younger kids, and what we understand is getting to them while they’re still at the stage that they haven’t graduated to the next level of stuff.”

“You know, they’re riding down the street, doing wheelies or whatnot, and kids are very much into bicycles,” he said. “Just peddling, 50 kids peddling.”

Jackson said they have also worked to get groups of young ATV riders that plague Philadelphia streets into areas where it is safe and legal to ride those vehicles. They use “media, music, videography…everything that basically attracts our youth. And social media. We developed a virtual reality platform.”

“We give them conflict resolution training,” said Jackson.

Diggins said, “We saw the need when it came to the youth culture, to give them a voice. So we knew how to help them.”

Diggins’ own experiences of being raised in foster care and group homes help him relate to the underprivileged kids, he said. He survived a difficult childhood and is now a nurse, a photographer, a DJ, and a certified life coach.

“Gun violence is out of control,” said Diggins. “We give them a reason not to shoot, to give them an alternative by having gun safety education.”

The kids already have guns, he said. “We focus on the value of life. We have to give youth a reason not to shoot each other. If they value themselves, they value others.”

“There is a lot of misplaced anger,” Diggins said. “We try to give them a different way to look at things.”

“A lot of this is them trying to be seen,” he said.

Urban Navigation has programs for kids from 8 to 19.

If their parents are not present in kids’ lives, through dads abandoning the family or mothers on drugs, “the street becomes the parent,” and the kids join gangs. Urban Navigation combats that by offering positive activities, he said.

Learning to fix things is helpful. The kids then “understand their hands can be used for a lot more than violence.”

Jackson said, “We deal with a lot of trauma in these young kids. They’re going through broken homes. They got a single parent; maybe one of their parents passed away. They got an older sibling getting ready to go to jail.”

“We want to teach these kids how to be productive citizens,” said Jackson. “We involve them in after-school activities. We’ll teach you how to repair the power sports, as well.

Jackson said they’ve invested $200,000 of their own money to get the nonprofit, up and running. To keep the kids safe, all of the adults working with them go through criminal background checks.