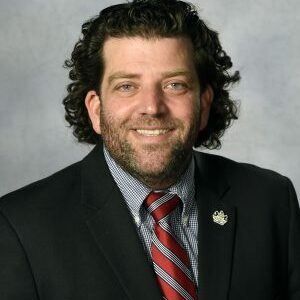 A narrow majority of the Upper Darby Township Council late Wednesday night succeeded in ousting the mayor’s chief administrative officer, Vince Rongione. The extraordinary political move was the culmination a four-month battle over the township’s finances.

Councilwoman Meaghan Wagner, a Republican, made a motion for Rongione’s office to be “forfeited,” and was joined by two other Republicans and three Democrats in passing it, 6-5.

“Tonight, we sit here asking very basic questions about funds he should be aware of. He should be able to answer them without sarcasm, without dancing around the answer,” Wagner said in her leadup to the motion.

That bipartisan group of six had been pressing Mayor Barbarann Keffer’s administration over spending questions that first erupted in February.

At that time, Treasurer David Haman (D) gave a presentation saying he had examined several bank balances in the township’s control, leaving him with questions as to whether some recently received federal funds had been moved or spent without the town council’s approval.

Although Haman is the treasurer, the role is nominal and he has less direct day-to-day control over township accounts than Rongione and others in the executive branch.

Later in February, the same six who allied tonight to oust Rongione voted to initiate an investigation into all of the administration’s financial moves from about October 2021 to present. Mayor Keffer and Rongione countered by authorizing a separate, internal investigation.

What followed in the interim has been a political battle of accusations and jockeying between the two factions with more developments yet to come. Although the financial investigation authorized by Mayor Keffer has concluded, the probe launched by the council’s group of six is expected to conclude sometime this month.

On May 19, the national accounting firm, Marcum LLP, released its findings, concluding that, “At all times the general fund bank account balances exceeded $20.88 million,” a figure that the monies would have needed to have stayed above if the federal funds had not been moved or spent as alleged by the group of six.

Keffer, Rongione, and the other Democrats on the council have repeatedly pointed to the report to suggest the group of six have been off target with their accusations.

Members of the group of six, however, say the Marcum report was flawed because it did not have access to all of the township’s bank accounts. They have expressed confidence that the report they authorized will show the kind of mismanagement they have alleged.

About the same time the Marcum report was released, Rongione issued a press release saying the township’s solicitor had determined several councilors might have violated the township’s charter, and suggested removal from office was a possibility.

Prior to Wagner’s motion Wednesday night, council members questioned Rongione on a number of fronts.

Councilman Andruszko pressed Rongione about the 2021 budget, suggesting that the township may have been over budget that year by at least $1.7 million — or more.

“For now I can ask the question over and over again, if you don’t have anything else to say, so be it. That’s fine,” Andruszko said in his response. “The way I see it, we spent $1.7 million over budget.”

Silva probed Rongione over the kinds of information he gave to the Marcum investigators.

Wagner asked Rongione about different funds which have legal restrictions, such as an account that holds money temporarily forfeited by those accused of a crime. Rongione countered by saying those funds were not drawn down in any way, but had merely been moved because a decision had been reached to use a different bank.

One member of council predicted the fight is about to enter a new phase.

“I’ll be voting against this motion, but I will say: in a sick way, I’m glad that we’re doing it,” said Councilman Andrew Hayman, a Democrat. “I’d like to move on past this so this can go to court, which is where I’m assuming the CAO will win. But in the meantime, maybe we can move on to other matters.”

Rongione and Keffer did not respond to immediate requests for comment. If a comment is received from them later, this story will be updated.

However, Keffer later told the Delaware County Times that the process council used to oust Rongione was not legal.