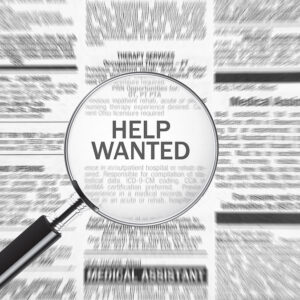 Are Pennsylvania and the U.S. finally turning a corner on the pandemic-caused unemployment?

The commonwealth saw a reduction in unemployment claims last week compared to the start of 2020, according to WalletHub’s updated rankings for the States Whose Unemployment Claims Are Recovering the Quickest.

“We should not be too worried about the recent rise in unemployment claims, as they are on a sharp downward trend overall. The peak was 6.1 million claims in a single week in March 2020, and we’ve brought that number down to 352,000 as of the week of September 25, 2021,” said Jill Gonzalez, WalletHub analyst. “The most recent number of weekly unemployment claims is comparable to the amount we had in early October 2013. However, it is still around 150,000 above the record low we saw at the beginning of 2020.”

“Some people were making more money while unemployed than they did when they were employed, but that will no longer be the case,” she said. “Therefore, those people will have more of an incentive to seek out employment to make up for the drop in income. Currently, the U.S. has more job openings than unemployed people, so people brought back to the workforce by the expiration of the extra benefits will have many opportunities to get hired.”

A WalletHub comparison of states based on whether they are Republican or Democratic-led showed states with GOP leadership and policies are faring better.

“With an average rank of 29 among the most recovered states, blue states had a worse recovery from unemployment claims last week than red states, which rank 23 on average,” said Gonzalez. “The lower the number of the ranking, the bigger the state’s recovery was.”