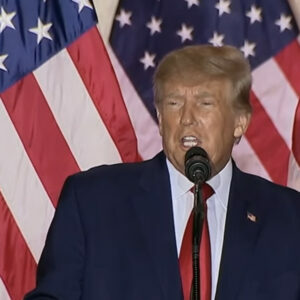 Trump Jumps in 2024 Presidential Race, But Are DelVal Republicans On Board?

Surrounded by American flags and MAGA fans at his Mar-a-Lago compound, former President Donald Trump announced his third bid for the White House Tuesday night. In 2016, Trump handily won the Pennsylvania GOP primary with nearly 57 percent of the vote.

But can he recapture the political magic of his first campaign? Some Delaware Valley Republicans have doubts.

“America’s comeback starts right now,” Trump told the Mar-a-Lago crowd. “In order to make America great and glorious again, I am tonight announcing my candidacy for president of the United States.”

Just minutes before Trump took the stage, news broke that Trump had filed the official paperwork launching his candidacy. 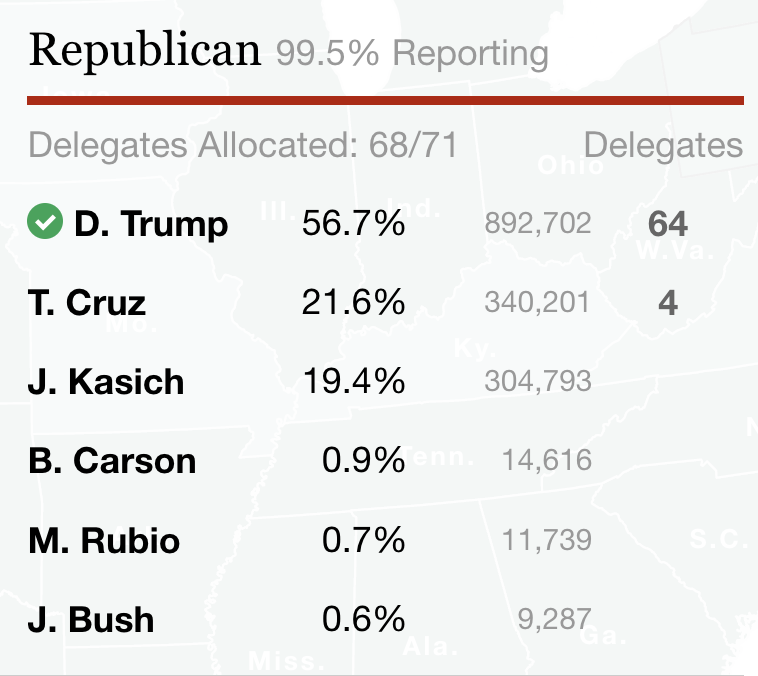 Trump’s announcement came after a midterm election widely viewed as a defeat for his MAGA message and its allies. Candidates who insisted the 2020 election was stolen from Trump lost almost every high-profile race. It was the third losing election cycle in a row since Trump first won the White House.

On Tuesday night, Trump insisted that he wasn’t to blame for the GOP’s midterm losses, instead claiming he had a great election night.

“I do want to point out that in the midterms, my endorsement success rate was 232 wins and only 22 losses. You don’t hear that from the media,” Trump said.

Trump stayed close to the script and mostly on message, a sign he understands Republicans are concerned about the 76-year-old politician’s ability to remain disciplined over the course of what would be a two-year campaign.

Trump did not repeat his attacks on potential GOP rivals like Gov. Ron DeSantis (R-Fla.) or Gov. Glenn Youngkin (R-Va.). And he also avoided any direct references to his “stolen election” claims.

Instead, he revived the theme that fueled his first campaign’s success. “Just as I promised in 2016, I am your voice.”

Six years later, the question is whether GOP primary voters who passionately supported him during his presidency — his approval rating among Pennsylvania Republicans was well above 80 percent — will still back him today.

“Tonight’s speech was pathetic. Low energy. The symbolism of holding it at the ritzy Mar-a-Lago is ironic given his laughable claim that he represents the ‘working class,'” said political analyst Jeff Jubelirer with the Bellevue Communications Group. “Donald Trump on the top of the Republican ticket will be bad for the PA GOP and Republicans across the country.”

And last week, in the wake of the GOP’s disappointing midterm performance, Matthew Brouillette with the conservative group Commonwealth Partners said, “If anything should be taken away from this election, it’s that we should be over Trump. If you’re not a Never Trumper yet, you should be an Over-Trumper now.”

Montgomery County GOP Chair Liz Preate Havey said, “This election Gov. DeSantis, not President Trump, showed the country how to win Republicans, Democrats, and independents overwhelmingly. That is the formula that Republicans need to win in Pennsylvania where Democrats out-number us by over 500,000 registered voters. The GOP needs to follow the DeSantis model if we want to start winning again.”

And Cheltenham Republican Myron Goldman said, “President Trump did so much to solve the problems that had been around for decades. He is a problem solver.  The one problem he must solve is the name-calling of other Republicans. The country needs him in the White House, but he won’t get there if he turns off his potential supporters and independent voters.

“No matter who the Republican nominee is, the party must solve the mail-in ballot deficit problem. In too many cases, the election is over before Election Day,” Goldman added.

Dasha Pruett, a Delaware County resident who ran for Congress, said she has “mixed feelings” about another Trump campaign.

He might eventually drop out of the primary in favor of someone else.

“I honestly don’t see (Trump) going through with this,” said Pruett.

Christian Nascimento,  a Republican who also ran for Congress said, “I think the results last week showed that he has some real problems in Pa, among other places. I had Trump supporters in Berks County tell me that they loved him, but (they) hoped he didn’t run because they didn’t think he could win. I think there will certainly be an openings for other candidates in the primaries.”

“Didn’t surprise anyone did he?” remarked retiring Sen. Bob Mensch. “It’s early. Other great candidates are likely to enter. His endorsed candidates last week underperformed. Is he weakened by those bad results?”  And of of those bad results like Trump-endorsed Dr. Mehmet Oz losing, “Fetterman was the worst among them.”

But some local Republicans jumped on board the Trump train.

“Trump just announced his 2024 presidential run. His delivery is calm and subdued,” tweeted the Pennridge Area Republican Club. “Could this be a new and improved Trump?”

And Mike Domanico, who owns the Trump Store in Bensalem said he is “absolutely” happy that Trump is running again.

“The country needs him,” Domanico said. “The entire country is in trouble because of the Biden policies: open borders, war on fossil fuels, bad military policies.”