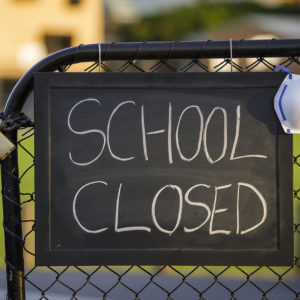 Pennsylvania House Majority Leader Kerry Benninghoff has a message for the state’s school systems: Show me the money.

In an interview on the Chris Stigall radio show, Benninghoff was asked about the $129 billion of federal education funding in President Biden’s proposed COVID-19 relief plan. Like many Republicans, he noted only 5 percent of the “emergency funding” for schools will be spent this fiscal year. In fact, more of the money will be spent in 2025, after the pandemic is over, than in the next 12 months.

Benninghoof went on to note that schools in the Keystone State have actually fared relatively well on the funding side and using money as an excuse for keeping classrooms closed, he said, doesn’t add up.

“COVID hit while we were doing the budget,” Benninghoff said. “We [the legislature] made sure that we fully funded public education, K-12, and  fully funded higher education, at the same level they were funded the month before. So no dollars were lost from what they would have gotten from us at the state level. So every dollar that came in from the federal government is an additional dollar [for schools].”

Benninghoff also pointed out that closing classrooms should lead, however unintentionally, to lower costs, but he can’t get public school administrators to explain where the savings are going.

“When a lot of them weren’t open, they had to have seen some cost savings. But when you talk to a lot of school business directors, there doesn’t seem to be any savings calculated,” Benninghoff said.

“I can’t imagine that you have as much sick time out for people who are working from home. And you’ve got to have been able to reduce your heating bills and some other bills during the times where they’re completely shut down. I realized in a hybrid situation, you’re open sometimes, but there had to be some savings. And yet when you talk to them [schools officials], absolutely no savings.”

It sounds like common sense. Empty classrooms and teachers at home would appear to mean less spending for schools, right?

“School districts across Pennsylvania saw a dramatic drop in local revenue collections, impacting their overall ability to fund and operate schools in a pandemic. Without any federal funding, the Pennsylvania Association of School Business Officials estimated that declines in local earned income tax and other local revenue would have left K-12 school districts with a deficit of as much as $1 billion statewide by the end of the school year. The last thing that school districts need in a pandemic is massive drops in funding when they are being called upon to do so much more to educate students and keep them safe and healthy.”

That’s not true, says Colleen Hroncich, Senior Policy Analyst at the Commonwealth Foundation. And she says she has the numbers to prove it.

“Majority Leader Benninghoff is correct. These infographics tell the story (individual districts and overall), but school districts have collectively received more than $2 billion in additional federal aid and will have around $1.4 billion more from the federal government than PASBO’s worst-case scenario for reduced local taxes. According to the most recent data, districts had $4.59 billion in reserves heading into the pandemic—an all-time high level. Even factoring in reduced local taxes, estimates for COVID-19 expenses, and increased charter tuition, districts should currently have around $4.6 billion in excess funds,” Hroncich said.

And what about the projected savings from closed classrooms? Will Pennsylvania property tax payers ever see any relief?

“Unfortunately there’s a lag in financial data, so we can’t know exactly how much money districts are currently saving,” Hroncich said. “But it certainly makes sense—especially since the unions and their allies have spent years telling us they could do virtual education for $5,000 per student.

“I don’t expect to see this in Pennsylvania anytime soon, but one district in Illinois recently announced it’s giving taxpayers a refund because of savings related to school closures,” Hroncich told DVJournal.