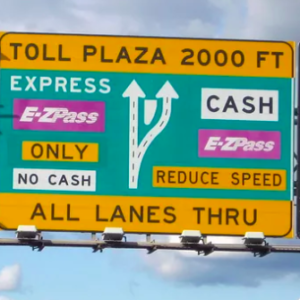 The cost to the turnpike of the scofflaws’ speeding through the two county’s interchanges?

The Turnpike Commission has been working with county district attorney offices statewide to prosecute those who use the turnpike on a regular basis and rack up significant amounts in unpaid tolls.

The Bucks County District Attorney’s office is the first to address the issue with a special unit. This new unit will focus on theft of service charges for toll evasion at both counties’ interchanges.

The turnpike transitioned to using E-ZPass in 2000, and in turn has many lanes open that motorists can drive through while avoiding paying the toll, DeFebo told Delaware Valley Journal.

“The turnpike has always been for the most part an open system,” DeFebo said. “In other words, some toll roads have gates that come down — but the Pennsylvania Turnpike doesn’t have those.

“We’ve been an open system largely due to the fact that in Philadelphia, where we have very high traffic volumes, those gates just delay traffic,” he said.

Montgomery and Bucks County “are the highest trafficked counties… across our 552-mile system.”

What’s happening in the two counties “are the most extreme measures the Pennsylvania Turnpike takes to collect tolls,” DeFebo said. And the partnership with the Bucks County district attorney’s office is to collect delinquent fees of more than $2,000 — which is a felony — “and it is the top of the pyramid.”

The days of reckoning have already come to some of those violators, said Turnpike Commission Chief Compliance Officer Ray Morrow.

“The average individual that we are looking at — the ones that we are going after for prosecution — probably has entered the turnpike and exited the turnpike illegally more than 300 times at both Bucks and Montgomery counties,” Morrow told Delaware Valley Journal. “52 percent of our violators come from Bucks and Montgomery and the violations are much higher than what we see across the state.”

Buck’s county arranged to have Montgomery County deputize an investigator and an assistant district attorney to allow them to both investigate and prosecute cases in the county.

The fines of $21 million are calculated because the scofflaws are charged from the furthest point where they could have gotten on the turnpike — which is in Ohio — since authorities have no idea where they got on, Morrow said.

Montgomery and Bucks County “are the highest trafficked counties… across our 552-mile system,” he said.

What’s happening in the two counties “are the most extreme measures the Pennsylvania Turnpike takes to collect tolls,” and the partnership with the Bucks County DAs office is to collect delinquent fees of more than $2,000, which is a felony “and it is the top of the pyramid.”

“If people choose to take unfair advantage of the turnpike chronically and repeatedly while not paying the toll in Bucks or Montgomery counties, these most persistent violators will be held criminally responsible,” Bucks County District Attorney Matt Weintraub said in a statement.

The Philadelphia area has the highest use of the turnpike in the state and the two busiest interchanges in Pennsylvania — located in Bucks and Montgomery counties. Each had more than 1 million vehicles travel through them in Dec. 2019.

The new unit, which has two full-time investigators, is now tasked with recouping that money. The two investigators are being paid for by a Turnpike Commission grant that is expected to last at least three years.

The turnpike has allocated $327,705 per year to start for the three-year pilot partnership.