Incumbent Republican Congressman Brian Fitzpatrick (R-Bucks) may face three challengers in the May 17 primary, all espousing the populist conservatism championed by former President Donald Trump. Democrats say it is a sign Fitzpatrick, who has defied political gravity in his Democratic-leaning district, is in trouble in 2022. Republicans, however, tell Delaware Valley Journal they aren’t worried.

Fitzpatrick’s potential primary challengers — Caroline Avery, Brad Lanning, and Dasha Pruett — say they believe America is heading in the wrong direction thanks to elected Republicans and Democrats alike who they claim have misused their power. They believe the nation needs an “America First” approach to politics.

The district, as it stands prior to an impending new redistricting map, primarily consists of suburban Bucks County, a swing county that voted for Joe Biden over Donald Trump by 4.4 percent in 2020. Fitzpatrick has held on to the seat over two election cycles by embracing political moderation. He has established himself as a hawk on foreign issues like confronting China, and according to the data analysts at FiveThirtyEight, he voted with President Trump nearly 62 percent of the time.

However, he has joined with Democrats on numerous domestic legislative efforts, including the recently passed bipartisan infrastructure bill championed by President Biden.

Fitzpatrick’s primary challengers see this middle-of-the-road approach as a weakness. 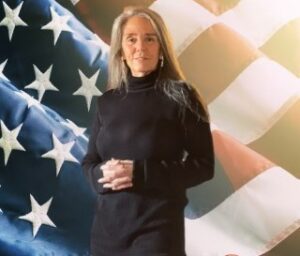 “Brian just joined 12 other turncoat Republicans to give Nancy Pelosi, the radical leftist leader of the House Democrats, a win she couldn’t get from her own house members,” Caroline Avery’s website says.

It’s time for the district to elect a “real Republican,” she said.

“A true Republican is someone who believes in limited government and states rights, fiscal responsibility, supporting the constitution as written, American Exceptionalism, and capitalism,” she told Delaware Valley Journal.

Lanning, a small business consultant and most recently a stay-at-home dad, focused on economic issues that he disagrees with Fitzpatrick on during an interview. Contrary to the incumbent’s stance, he says we need to remake international trade agreements to protect American jobs and disagrees with Fitzpatrick’s willingness to hike the minimum wage to $15-per-hour, which he says will price out American workers in favor of jobs overseas.

But Lanning also pointed to Fitzpatrick’s social issues stances as points of disagreement.

“He [Fitzpatrick] supported the so-called Equality Act, which would introduce sex to kids at too early an age and destroy the positive effects of feminism,” said Lanning. “I would support withholding funding to states that allow for teaching racist curriculum like CRT (Critical Race Theory). And I would support withholding funding from states that don’t hold radical District Attorney’s accountable.”

Dasha Pruett, a Delaware County resident and native of Russia, ran and lost in Pennsylvania’s 5th Congressional District in 2020. She’s reportedly considering moving to Bucks County, is also looking at challenging Fitzpatrick. She has not yet been listed on the Federal Election Commission website, and her website also does not yet list the 1st District—it still mentions her 2020 run for the Pennsylvania 5th. 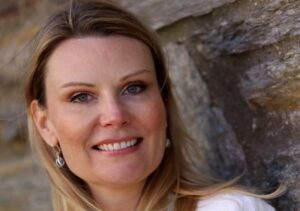 In an interview with Philly radio host Chris Stigall on Jan. 7,  Pruett also castigated Fitzpatrick for not embracing the “America First” agenda.

“If you don’t believe in your own country, and you’re running around trying to protect everyone else, then what are you protecting, what are you saving? Again, this is the greatest country in the world,” she said.

Democratic election officials see the growing list of challengers for the Republican nomination as an opportunity in the making.

“If past performance is the best indicator of future performance, then look at his previous GOP primary challengers. How’d they do? Not so good.”

Indeed, Fitzpatrick beat Andrew Meehan in the 2020 primary by 26.6 percent. Meehan, similar to this year’s challengers, positioned himself as an “America First” conservative hoping to replace a “Democrat, masquerading as a Republican,” as he called Fitzpatrick.

“The America-First language can definitely appeal to a portion of the GOP electorate, but not all of it,” said Albert Eisenberg, a political consultant who has worked in Fitzpatrick’s district. “[Fitzpatrick] is also probably the only Republican who can win his district, and regularly outperforms national Republicans, and that’s why he’s been able to hold this seat and make it one less vote for the Pelosi agenda from Pennsylvania.”

All the challengers dismiss the claim that only a moderate can win in this swing district.

“Talking to people across District 1, I have tried to get my finger on the pulse of what is going on,” said Lanning. “They feel they’ve been lied to. They feel that they voted for someone [Fitzpatrick] who’d represent conservative policies and they did not get that candidate.”

Fitzpatrick is unlikely to abandon his moderate bona fides.

“I will always reject the bigotry of hyper-partisanship and I will always fight for our families and for our One Community,” he Tweeted in July, after raking in a record-breaking $1.1 million in the second quarter of 2021.