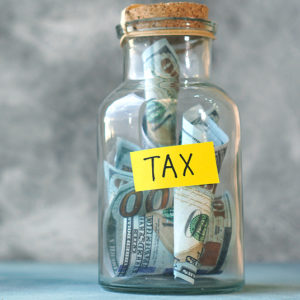 The coronavirus shutdown may keep Delaware Valley commuters out of the city, but it’s not keeping the city out of their wallets.

Philadelphia’s infamous wage tax, the highest in the nation, is still in force, even for one-time commuters now working from home. And while it’s possible you may be able to get some of your taxes back, Philadelphia officials may not make it easy.

Despite the massive shift of workers from downtown to their suburban home offices, the city has not made any changes to its guidance on how the city’s wage tax for non-residents should be collected. As a result, the cash has continued to pour into city coffers. And it’s up to the workers themselves to get a refund.

“I would anticipate the number of non-resident employees eligible for a City of Philadelphia wage tax refund to increase substantially for the 2020 tax year,” said Greg Eger with Tax Advisors in Chester County. However, he notes that there’s no guarantee that working from home means you’ll get your money back.

Whether a non-resident who works in the city must pay the 3.5 percent tax depends entirely on the employer’s intent for each workday. (The tax is slightly lower for nonresidents compared to the 3.87 percent paid by Philadelphia residents.)

“Non-resident employees required to work from home are exempt from Wage Tax, but working at home for the employee’s convenience does not exempt a person from the tax,” a city spokeswoman told Delaware Valley Journal.

“An employer may choose to continue withholding the Wage Tax from 100 percent of a non-resident employee’s compensation. This is a business decision, not a requirement,” the city’s online guidance states (emphasis original).

Still, the city is already bracing for an estimated 30 percent reduction in wage tax collections this year due to the pandemic.

A Kiplinger report naming Pennsylvania as one of the top 10 least tax-friendly states put part of the blame on the city’s wage tax, and public policy experts are piling on, saying this may be the beginning of a reckoning for Philadelphia and its tax.

“I suspect the Kenney Administration is glossing over this issue because it assumes the federal government will eventually step in and bail out busted big city budgets,” said Terry Tracy of Broad + Liberty, a conservative leaning think tank in Philadelphia.

“Meanwhile, it ignores the much larger point, which is the city’s continued reliance on over-taxing things that move — like people and jobs — is simply bad policy,” he said. “The pandemic has compounded this destructive dynamic and now is the time for city leadership to step up and finally have the courage to do something about it.”

Eger says commuters who want a refund should begin preparing now, to make sure their refund request goes smoothly.

“A non-resident employee who works in multiple locations should maintain a log of where the work is performed each day; this will be a helpful aid when completing the ‘Wage Tax Refund Petition’ at the end of the year,” Eger told Delaware Valley Journal. “In order to successfully submit the petition, the employee’s direct manager or the company’s payroll department will also be required to certify the log.”

Depending on how much an employee earns, and how many days they work from home, the savings could be anywhere from about $100 for some to several thousands of dollars for others.

Determining why workers were at home was easy during  the early days of the pandemic when Gov. Wolf had the state in a “red” zone and many people were forced to work from home.

However, now that the Delaware Valley counties and Philadelphia are all in the “green” zone, it could be significantly more difficult for some employees to be certain whether they were directed to stay home, or if they had a choice, and on which days.

That’s why Eger says keeping a contemporary log — and having your employer keep it as well — is a crucial activity to get started immediately.

For those workers who can’t wait for a refund, they should contact their employer to see if the withholding can be adjusted sooner.

But be aware of the flip side of the wage tax: Working from home may exempt you from Philadelphia’s wage tax but require you to pay the local one in your home city, township or borough.

A 2019 study by the Pew Charitable Trusts estimated the following numbers of people who commute into Philadelphia by county:

Philadelphia’s wage tax raised $1.7 billion for the city in the last fiscal year and accounts for one-third of the city’s general fund revenues, according to a report by the Inquirer. Non-residents make up about 40 percent of the total revenue.

With non-residents making up such a large portion of the city’s revenue, the COVID-19 crisis should be forcing the city’s leaders to start rethinking the tax.

“The City of Philadelphia has one of the highest tax burdens of all major cities in the U.S.,” Myron Manternach, a Philadelphia resident and entrepreneur told Delaware Valley Journal. “The City should reduce the wage tax in order to provide relief during a pandemic in the short run and to attract more resident workers who will increase the tax base in the long run.”