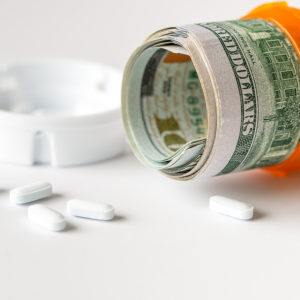 This Healthcare ‘Watchdog’ Is No Friend of Coronavirus Patients

Finally, there’s a bit of good news in the fight against COVID-19.

The Food and Drug Administration issued an “emergency use authorization” for remdesivir, an anti-viral drug that could help coronavirus patients recover faster. The medicine isn’t a silver bullet, but it’s the first therapy that has shown success in clinical trials.

Yet one self-styled healthcare watchdog seems determined to rain on the parade. The Institute for Clinical and Economic Review, better known as ICER, routinely analyzes the “value” that new drugs provide.

On the same day that the FDA announced its emergency use authorization — which will allow healthcare providers to administer the drug more widely — ICER released a range of recommended prices for the new medicine. The organization suggests that insurers should pay as little as $10, and at most $4,460, per 10-day course of treatment.

ICER is in no position to act as an arbiter of drug spending — especially at a time like this. COVID-19 has already claimed more than 125,000 American lives and cost our country trillions of dollars. Spurring the creation of vaccines and treatments ought to be our top priority. Jawboning drug companies over the cost of therapies isn’t helpful.

We have known for a number of years that the ICER value assessment framework fails scientific standards. It is just a marketing exercise; and not a good one. The remdesivir claims are no exception.

Of course, it’s imperative that treatments and vaccines are affordable. But ICER’s report is little more than a publicity stunt, considering that remdesivir’s creator, Gilead Sciences, has already pledged to donate its entire existing supply of the drug. Gilead also entered into agreements with five generic manufacturers, which will expand the supply of the treatment to more than 125 countries around the world.

And Gilead isn’t alone — nearly every company working on coronavirus vaccines and treatments has promised these drugs will be widely available, and in many cases, completely free for patients. Simply put, there’s little reason to think that patients will struggle to access remdesivir and other future treatments.

To determine an appropriate price for drugs, ICER relies on a metric known as the QALY, or “quality-adjusted life year.” If a medicine delivers one QALY, that means it offers one additional year of perfect health. For coronavirus treatments, ICER recommends that drugs not cost more than $50,000 for each QALY they deliver — a nonsense construct.

ICER’s methods have long been criticized by patients. The National Council on Disability, for instance, has warned that “the use of QALY (assessments) … in other countries has limited access to lifesaving medications for people with disabilities and those with chronic illnesses.” There needs to be an agreement on rejecting QALYs in favor of more patient-centric measures of cost effectiveness.

In its most recent release, ICER went one step further than normal, and released a back-of-envelope or by-assumption model for determining the “cost recovery” price for remdesivir. ICER states that since the manufacturer is repurposing remdesivir — which was originally a failed Ebola treatment — the company has already recouped the full cost of research and development. As such, it could sell the drug at cost, for only $10 for a 10-day treatment.

This claim, frankly, makes no sense. Remdesivir hasn’t generated any real revenue thus far — after all, it failed in Ebola clinical trials.

If ICER’s misguided notion — namely, that insurers should pay drug companies only enough to recoup their immediate manufacturing costs — goes mainstream, it would discourage pharmaceutical manufacturers from researching new treatments for COVID-19 and many other diseases.

That calculation doesn’t merely neglect the massive upfront costs of drug development. It also ignores the economic benefits that new treatments provide. Our global economy was shuttered for months, and billions of people are waiting for COVID-19 treatments or vaccines. The idea that a medicine that helps reopen the economy and get millions of people back to work is worth only $10 is ludicrous.

ICER has made it abundantly clear that it’s willing to put a price on patients’ lives. Unfortunately, this price is as always a nonsense creation. ICER has no understanding of rigor in analysis and scientific method.

It’s revealing that a self-appointed advocate for patients is grandstanding about the price of the only effective coronavirus treatment — a treatment that the manufacturer has already promised to provide for free.

Paul C. Langley is a professor at the University of Minnesota, director of Maimon Research and research director of the Institute for Patient Access.