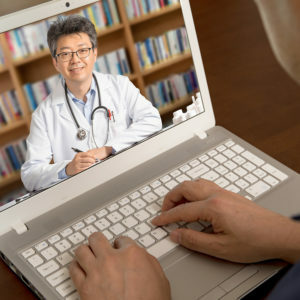 Why Is Delco Building A Brick-and-Mortar Health Dept. In An Amazon World?

Delaware County politicians are charging full steam ahead with plans for a $10 million county health department. But what if an old-school government agency with an array of offices is not what the county needs in the post-pandemic era?

With the new reality of remote work and corporations downsizing their office suites as more of their staff work from home, should taxpayers be paying for new office buildings and centralized bureaucracy? While the issue was key to helping Democrats win control of county government in 2019, some people today are asking why build a brick-and-mortar health department in an online world?

“It would be better to invest in a Facebook page with paid supporting media than invest in a facility and a million Valpak leaflets,” said Matthew Davidge, co-founder and CEO of Bluestream Health, a telehealth company based in New York City. “Local government should grasp the opportunity it has to lead, change, and influence health care provision digitally, rather than fall back on old saw and the bad habits of yesteryear.”

Davidge is among a group of public health experts arguing telemedicine is the future of government-provided healthcare, and future infrastructure should be built with that in mind.

“We don’t want to spend money on office space and parking spaces. We want to spend money on providing the best healthcare services — the right care to the right person at the right time,” he told Delaware Valley Journal. “Every dollar that is spent on picking some shade of gray carpet or snazzy architectural plans or wiring an infrastructure could be so much better spent focused on virtual workflows, building knowledge patterns and databases, thinking though how patients (who are remote) can be best handled by providers (who are remote) and how those learnings are captured in ways that become better able to serve Delaware County.”

In Congress, a bipartisan group of legislators is backing the CONNECT Act to expand telehealth services covered by Medicare. “During the COVID-19 pandemic, telehealth has provided a critical way for patients to continue to access needed care,” the American Hospital Association said in a letter of support. “We applaud the introduction of this bill, which proposes many changes that would allow for increased access to telehealth services for patients and use by hospitals and other providers while removing barriers to adoption.”

Meanwhile, a February survey of 2,040 millennials–ages 23 to 39–by Harmony Healthcare IT found that 69 percent of the respondents searched online for health and medical advice rather than going to the doctor, and 25 percent of respondents trust.

So, why is Delaware County pursuing a brick-and-mortar model?

Councilwoman Elaine Paul Schaefer scoffed at the idea that a building was not needed to house the new government entity, saying people are not going to stay home in their living rooms forever. “We’re taking a fresh look about how to deliver services in today’s world,” she said. That will include telehealth, which has been widely adopted.

“Look how we’ve all adapted,” Schaefer added. “I don’t think that doesn’t mean there are not going to be brick and mortar buildings needed. But there is a place for telemedicine. One of the very few silver linings of this pandemic, it’s really opened our eyes.”

And yet, Delaware County is already outperforming most of Pennsylvania 67 counties when it comes to percent of their population vaccinated. At the beginning of May, it was ranked #13, behind Chester (#1) and Montgomery (#6) but ahead of #19 Bucks. Delaware County also has had fewer cases per 100,000 than Bucks County, which has its own health department.

Taylor said the health department will have start-up costs of about $10 million with a yearly operating budget of $8 or $9 million. However, much of the money will come from state and federal programs, she said. The health department will need to meet state regulations and criteria before it can open its doors. An economic study is currently being conducted.

While the new health department will be housed in the same building now being used as the Delaware County Wellness Center at 125 Chester Avenue in Yeadon, it will also have two satellite locations that have yet to be determined, Taylor noted. The goal is to be “out in the community” delivering services, she said. Currently, COVID 19 vaccinations are being given at the Wellness Center.

Taylor also pointed out the “goal [for the health department] is to be more embedded in the community.” The new health department will bring needed services, such as maternity care and lead paint testing that many of the poorer communities desperately need.

Taylor is grateful for the help that Delaware County received help from neighboring Chester County in rolling out its COVID testing and vaccination programs. But she said she believes it would not have needed to rely on Chester County if their own health department was in place.

But then, telemedicine advocates say, what is more “embedded” than the tablet or laptop sitting in the home of someone who needs health care?