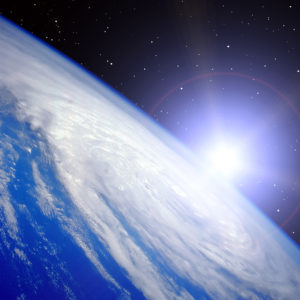 The World Is Better Off Than You Probably Think It Is

As we enter the holiday season,  it is safe to say that 2020 has not panned out in a way that most of us had hoped or expected.

Nevertheless, the state of humanity and the world as a whole is, for the most part, much better and improving faster than most people think.

That is what my co-author Marian Tupy and I demonstrate using uncontroversial — but little appreciated —  data in our new book, Ten Global Trends Every Smart Person Should Know: And Many Others You Will Find Interesting.

Of course, every smart person can easily bring to mind negative trends. Man-made climate change could, if unabated, become a significant problem for humanity.

Many wildlife populations are declining, and tropical forest areas continue shrinking. And far too many people are still malnourished and dying in civil and sectarian conflicts around the globe.

And let’s not forget the ongoing COVID-19 pandemic. However, you can’t fix what is wrong or promote further progress in the world if you don’t know what’s actually happening.

So here’s the good news you may not know.

Over the past 200 years the spread of freer markets and democratic institutions has produced the Great Enrichment during which the global economy grew 100-fold while world population increased only eight-fold.

In 1820, nearly 95 percent of people lived in absolute poverty defined as subsisting in real dollar terms on less than $2 per day per person. It took 160 years for it to fall by about half to 42 percent. The really good news is that according to the World Bank the global absolute poverty steeply fell between 1981 and 2018 to 8.6 percent.

Numerous global trends — such as steeply falling child mortality rates, increased urbanization, rising incomes, expanding education of women, and the spread of political and economic freedom — all strongly correlate with families’ choosing to have fewer children.

Consequently, the global fertility rate has dropped from an average of five children per woman in 1960 to 2.4 now and is projected to fall to 1.5 by the end of this century. Consequently, world population will likely peak at 8.9 billion by 2060 and decline to 7.8 billion by the end this century. Today, the global population stands at about 7.7 billion.

Human ingenuity and innovation enabling us to produce more goods and services from less have driven down the prices of natural resources and boosted record food production.

Since 1980, the average real price of 50 basic food, fuel, mineral and metal commodities fell by more than 36 percent — and taking into account increased purchasing power those commodities are now nearly 65 percent cheaper than they were 40 years ago.

Farmers are producing much more food on less land so that the world reached peak agricultural land at the turn of this century. In the meantime, the global tree canopy expanded by 865,000 square miles between 1982 and 2016, an area larger than Alaska and Montana combined.

One reasonable scenario projects that nearly one billion more acres of farmland could be restored to nature by 2060. That’s an area almost twice the size of the United States east of the Mississippi River. Expanding woodlands indicates that humanity is already withdrawing from the natural world, which, in turn, will provide greater scope for other species to rebound and thrive.

Ultimately, the global trends we document augur a world that by the end of this century will be populated with fewer and much wealthier people living mostly in cities with nature occupying or reoccupying the bulk of the land and sea freed up by human ingenuity.