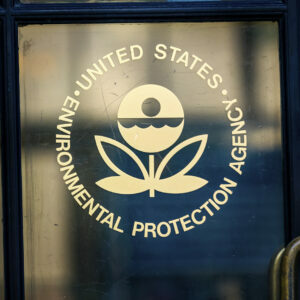 It should be no surprise that the monumentally misnamed Inflation Reduction Act is filled with provisions likely to accomplish something other than the advertised purpose. Perhaps phoniest of all are the environmental justice measures that, in truth, will inflict injustice on the very people and communities the statute’s proponents claim to be helping.

Building on some Biden administration outlays for environmental justice, the Inflation Reduction Act allocates $60 billion to address the purportedly disproportionate effects of pollution on the least fortunate. This includes an extra helping of handouts based on the assumption that climate change harms the poor and minorities more than everyone else. To put a little context around this, $60 billion is roughly the market capitalization of Ford Motor Co. — a global corporation employing 200,000 employees worldwide. You can be sure that Ford, through job creation alone, is far more effective at uplifting minorities and the less fortunate than the Inflation Reduction Act.

The statute contains a long list of environmental programs and outlays specifically for “low-income and disadvantaged communities,” but apparently, nobody bothered to visit any such communities and ask the residents what they need. It’s practically the stuff of a Dave Chappelle skit that people living in neighborhoods struggling with rampant poverty, crime, homelessness, drugs and failing schools would want their government to spend copiously on “solar and wind facilities,” “tree canopy coverage,” “zero-emission technologies,” “climate resilience of affordable housing” and “home energy efficiency retrofits.”

Practically, the only fashionably green cause not in the bill is funding to build electric vehicle charging stations in low-income communities. Of course, these are communities where hardly anyone has an EV — few can afford them, and ownership of such high-value assets can disqualify you from certain public assistance programs — but don’t think the omission is due to a rare moment of sanity. It’s only because last year’s $1.2 trillion infrastructure package is already lavishing billions on such charging stations, including in underserved communities.

Environmental justice is what happens when rich white liberals are setting the priorities. It doesn’t get any more out of touch than this. And don’t be fooled by all the noise from minority activists, government officials, lawyers and academics who are cashing in on the environmental justice gravy train. There is scant support among people who see more pressing concerns all around them.

Of course, the worst injustices come not from climate change but from climate change policies. This includes Green New Deal-style measures that jack up the cost of fossil fuels. Low-income households and minority-owned small businesses struggle the most when gasoline prices are as high as they were earlier this year.

The same is true of heating costs, and we are heading into what may be the costliest winter ever, given sky-high natural gas and electricity prices. But rather than reconsidering the administration’s regulatory war on affordable fossil fuels, the Inflation Reduction Act adds to the red tape while squandering billions on wishful thinking that wind and solar can power the neighborhood.

The effect on jobs is as harmful as the impact on energy prices. Consider businesses thinking about locating in disadvantaged communities and providing much-needed jobs while supporting many minority-owned small businesses that partner with such companies. Now, they’ll probably steer clear, knowing that they’ll face an army of well-financed environmental justice warriors who see the private sector not as potential job creators but as potential polluters to be targeted. Indeed, other than the make-work jobs created by the billions in government grants to be doled out, the Inflation Reduction Act will likely be a jobs killer in struggling communities.

Or consider low-income families. Their biggest challenge is not that their homes lack solar panels and other politically correct gadgets but that far too many rent rather than own.

The Inflation Reduction Act does nothing to facilitate home ownership and the accumulation of intergenerational wealth and may put it further out of reach.

Overall, there is nothing in the Inflation Reduction Act to dispel the longstanding concerns that the left wants a permanent underclass dependent on the government. The only thing new is that the exploitation has a green tinge.

For those genuinely concerned about lifting up people and communities, we can debate the best policies and the proper role of government. But there is no real debate that the environmental justice provisions in the Inflation Reduction Act are, at best, a colossal waste of money. Compare the $60 billion for environmental justice with the inflation-adjusted $29 million damage done in the 1922 Tulsa race riots that devastated the black business community known as Black Wall Street. Realizing that this allocation equals more than 2,000 Black Wall Streets gives you a sense of how many wrongs can be righted if these resources were more sensibly allocated.

And, at worst, this “investment” in environmental justice won’t just waste money but will actually do more harm than good.