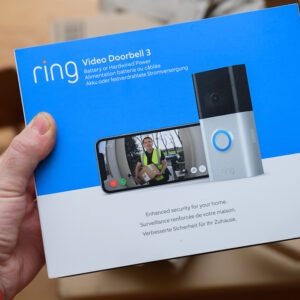 We see security cameras everywhere these days. But the largest surveillance operation in the nation may be your own doorstep.

According to the Electronic Frontier Foundation, Amazon’s Ring devices are becoming the largest spy system in our lives. The market for personal security cameras has only grown. Now consumers are installing spy cameras to look inside their homes from phones.

But the owner does not know if the stream is also being watched by a government agency or a random company employee. Most people assume that only the owner can view the saved images and videos from a Ring camera.

In 2020, however, Amazon reported it had fired some of its employees for viewing consumer footage that had been stored on Amazon servers without encryption. Recently, Amazon admitted in a letter to Congress that it had supplied private recordings to law enforcement without requiring a warrant.

Amazon works with about 2,600 police and fire departments to supply no-warrant information. The company admitted to 11 instances of data shared “in response to an emergency request.” (Emergencies involve possible physical injury or death.)

Those are serious possibilities, but they are also judgment calls. The company is under no obligation to let the owner know their videos have been shared. Sen. Ed Markey (D-Mass.), who received the Amazon letter said, in part, “We cannot accept this as inevitable in our country.”

Users might agree to share data for emergencies, but no one asked them for permission when they bought and installed the systems. Users found out the same way Sen. Markey did, in a letter admitting to both the data sharing and the little-known policies behind it. Millions of users will never know if their privacy is being violated using devices they paid for and installed.

Anyone who has a phone or Alexa-type voice-activated device (‘Hey, Siri’) has a microphone listening every second, waiting for commands. Most of these devices can erase recorded data when you ask them – try it, you may be surprised by what happens.

Consumers could opt-in during set-up, with the option to cancel at any time. Technology, for all its advantages, runs ahead of our legal thinking. Nowhere is this more apparent than in our right to personal privacy.

It is time for us to call for transparency on the part of these surveillance providers, and for Congress to enact clear laws that anticipate the invasion of our privacy, rather than playing catch-up. We have warnings on cigarette packs – Where is the tag on our spy camera that says: “The use of this product may result with private images, sound recordings and videos to be shared with thousands of law enforcement agencies without your knowledge and permission. Use at your own risk?”

Liz Terwilliger is a founding member of Reform Congress, a national non-partisan movement or responsible representation. She wrote this for Delaware Valley Journal.