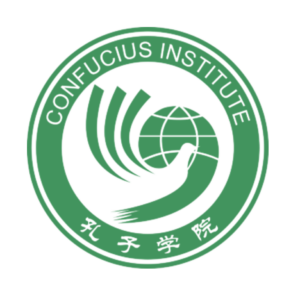 Temple University quietly shut down its Confucius Institute last month, one of many similar Chinese government-backed programs U.S. officials believe are being used by that country’s Communist regime to project its “soft power” abroad. The Confucius Institutes are just one strategy from the Chinese Communist Party (CCP) that has spurred American officials to become more aggressive in their opposition.

Delaware Valley U.S. Representative Brian Fitzpatrick, for example, has been sounding the alarm on China’s efforts to use propaganda to win U.S. hearts and minds. And he also called for an investigation into the origins of the COVID-19 virus.

“Academia has been a significant emerging threat,” said Fitzpatrick (R-Bucks), told Fox News in a recent interview. “It starts in two ways. One, through the Confucius Institutes, roughly 50 or so, established for cultural exchange. We know Confucius Institutes are basically a propaganda arm of the CCP. They’re essentially controlled by the ministry of education in Communist China and they have much more sinister objectives than I think many Americans realize.”

Fitzpatrick also took aim at China over the worldwide spread of the COVID-19 pandemic.

The U.S. needs to “get to the origins of COVID-19 because that will show the world who China really is and the world needs to know,” he said.

Fitzpatrick, a former FBI agent, said the Chinese government offers economic incentives to schools and universities to host the Confucius Institutes to extend its “spheres of influence.”

“They provide significant funding mechanisms for institutions of higher education,” Fitzpatrick said. “They partner with professors and then they get their students in through F1 visas. And if you look at the Big Ten universities, you should look at the STEM (science, technology, engineering, math) programs and who the students are. One of the goals of the Communist Party of China is to learn sources and methods and best practices in the hard sciences, in engineering…We ought to start viewing academia as critical infrastructure in this country, to make sure we protect it much more than we are.”

As of May 18, the National Association of Scholars found 47 Confucius Institutes operating in the U.S.

“The Confucius Institute at Temple University ceased all operations as of June 30, 2021,” said Stephen Orbanck, a spokesman for the university. “The university will not receive any further direct funding from the Chinese government in connection with this project. Temple has established a new Center for Chinese Language Instruction (CCLI) funded, housed, and managed by Temple University’s Office of International Affairs. Temple will continue to teach Chinese language and culture courses through CCLI. To offer these language courses, Temple and its College of Liberal Arts will partner with Zhejiang Normal University.”

William Burns, who heads the CIA under the Biden administration, said that if he were a university president he would close any Confucius Institutes.

Fitzpatrick said, “The current Chinese president, Xi Jinping, is unlike any other Chinese dictator that we’ve seen. He’s much more aggressive. There’s no guardrails.”

In addition to academia, Chinese Communists are trying to influence American thinking through professional sports, the media, technology companies, and Hollywood he said. For example, China owns the majority of shares in AMC theaters and those theaters comprise eight out of 10 movie houses in America, Fitzpatrick noted.