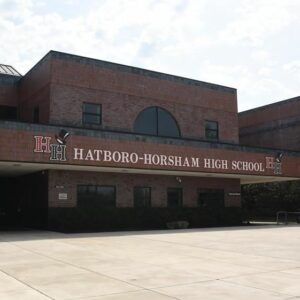 A Montgomery County teacher’s union official told a school administrator the parents in his community only want classroom instruction to return for the ‘babysitting,’ newly-released emails show.

The emails were obtained by Clarice Schillinger of Horsham Township, who founded the “Keeping Kids in School” organization to represent parents’ interests as teachers unions and school bureaucrats fought against reopening classrooms. Schillinger used Pennsylvania’s Right to Know (RTK) law to obtain emails between Hatboro-Horsham School Superintendent Dr. Scott Eveslage and Bryan Moore, president of the local teachers union. The emails revealed what Schillinger believes is a demeaning attitude toward parents, as well as the fact that, despite their public statements, the union was opposing any return to classroom instruction, even part-time.

In one email, sent November 11, 2020, as the district was proposing a move toward a hybrid instructional model, Moore wrote: “We are not a childcare center and I fear ‘babysitting’ drove parents to demand an amount of in-person instruction.”

He went on to reject a return to even a hybrid model for in-person instruction. “As you’ve said all along we need to follow the science and I agree completely,” Moore claimed, despite overwhelming scientific evidence that classroom instruction posed no significant threat of COVID spread. “That science is telling us we should not have students in schools and decisions are being made to appease political needs rather than doing what’s best for the kids.”

Schillinger believes these email comments are instructive. “Parents, as well as teachers, should be aware of the dismissive view of the union’s leadership and its ‘behind the scenes’ opposition to reopening schools,” she said.

Ironically, one reason Moore gave for keeping classrooms closed is that hybrid instruction doesn’t work. “Hybrid instruction is poor and unsupported by empirical evidence for effective curricular instruction; perhaps it has some social and emotional benefits, but it is not a better option than remote instruction,” he wrote.

This, parents argue, is the reason in-class instruction is so necessary. The alternatives simply aren’t working.

Dan Domenech, the executive director of the American Association of School Administrators, told CBSNews: “We know that there has been a significant loss of learning, but I’ll tell you, we’re less concerned about that than we are about the social and emotional factors. We’re seeing an increase in the stress that students are feeling, the emotional impact that this is having on them.”

And, the network notes, mental health-related emergency room visits between March and October of 2020 jumped nearly 28 percent for children ages 5 to 17.