For the first time in more than 30 years, Delaware County is getting a new County park. The county’s newest and largest county park will be located on the former Don Guanella site in Marple Township. The 213 acre park will be focused on the woodlands that now serve as one of the county’s largest forests.

Public input is a cornerstone of the project and will guide key elements of the plan. Delaware County is seeking fifteen community leaders to join the new Master Plan Advisory Committee for the former Don Guanella property. The new committee is part of a public planning process that began earlier this year in order to engage the public in the planning process for the conservation and public use of the 213-acre property.

The committee will meet an estimated six to eight times with the consulting team and key stakeholders from Delaware County through March 2023. Members will provide information, ideas, and perspectives to help develop a plan for the new park. The master plan, to be completed in the Spring of 2023, will be the guiding document that identifies long-term conservation, woodland protection, infrastructure, and recreation improvements for the future county park

“We are thrilled to begin planning work on the former Don Guanella site and we’d like to hear the community’s vision for what our newest and largest County park and forest could be,” said Elaine Schaefer, county Council vice-chair and liaison to the County’s  Parks and Recreation Department. “The property is already a cherished regional destination for many residents and we are excited to think big and expand opportunities for park users that are inclusive and forward-thinking. We want people of all ages, abilities, and cultural backgrounds to feel welcome in our parks. That starts with hearing from the public.”

The future park consists of 213 acres and is home to woodlands, wetlands, grassland, and many wildlife species. The creation of a park on the Don Guanella tract is a once in a lifetime opportunity to create an open and accessible public space that will provide immediate and ongoing economic, environmental and quality of life benefits to Delaware County.

In June 2021, the County announced its intention to acquire the 213-acre Don Guanella parcel after its development into housing and institutional use was unanimously rejected by the Marple Township Board of Commissioners and opposed by the planning commission. In March 2022, Delaware County Council approved and funded a proposal to create a plan to transform the property into the largest public park in the county.

Members of the public will also have a chance to share their input and opinion through surveys, public meetings, and events even if they are not serving on the advisory board.  More information regarding ways to participate will be posted on the county’s website.

Chester County’s current Firefighter I class includes 17 men and two women, the majority of whom are college students who are adding the important first responder certification to their other qualifications.

Sophia Crossan, a West Grove resident who is a rising sophomore studying neuroscience at Villanova University, said, “I have been involved in emergency medical services and while I was hesitant to take the firefighting course, I absolutely love it.”

“There is so much that is covered, and as I really enjoy any type of STEM learning, the areas that really interest me are fire behaviors, the way fires work and studying the effects of different burning materials.  I really enjoy the first responder aspect of my life,” Crossan added. 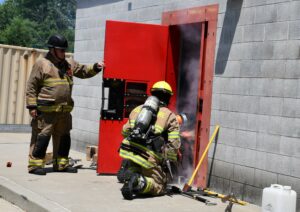 Oxford resident Eddy Chavez, who is a rising sophomore studying business management at Arizona State University, has been in the fire service with Oxford Union Fire Company for almost a year.  “With this course, I can take on more responsibilities in firefighting, including going into burning buildings and packing up,” he noted.

The need for firefighters across the state and the nation is at an all-time high. In Chester County, most firefighters are volunteers, which adds to the challenges of recruitment and retention of firefighters.

Matt Fink, Chester County Department of Emergency Services Fire Training Officer and leader of the Firefighter I course said, “As with many other organizations that rely on – and are looking for – volunteers, we struggle to replace those firefighters who are retiring out of service.  But students like those on this course learn so much more than the necessary academic and practical firefighting skills.  They experience the benefits of becoming teammates, working together, trusting each other, and backing up each other, which are all valuable life lessons.

“The Firefighter I training course is available year-round, and we certainly encourage others – especially students – to find out more about the certification.  It is one of the best ways to give back to your community,” added Fink. 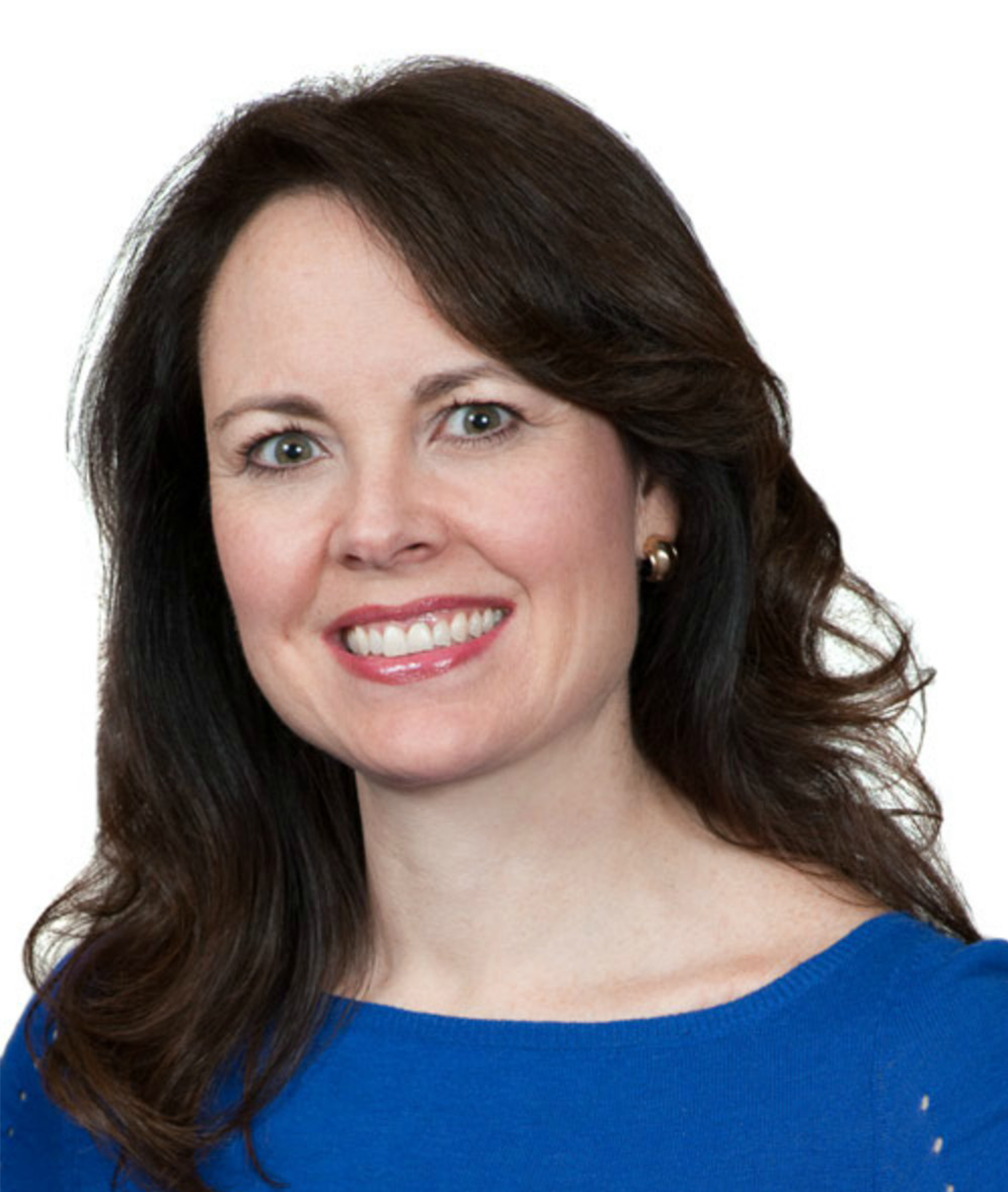 Today, May 2, is the last day register to vote or to change parties. And the Pennsylvania Republicans are gearing up for a Red Wave this fall.

Their Pennsylvania Victory Team has made more than 1 million voter contacts made this cycle, according to Rachel Lee, Republican National Committee northeast regional communications director.

Volunteers across the state gathered for Operation Red Wave on April 23rd to get out the vote ahead of the May 17 primary. Working with the Republican Party of Pennsylvania, the RNC has been on the ground since 2016 and never left, said Lee. This has paved the way for increases in voter registration and volunteers.

“Ahead of the Republican primary, the RNC’s permanent, data-driven ground game is mobilizing activists, registering voters, and multiplying our efforts in the commonwealth every day. Keystone State Republicans are fired up and will not be outworked to turn out in force at the polls in May and, ultimately, deliver victories up and down this ballot this November,” said Lee.

One of those volunteers is Liz Preate Havey, who chairs the Montgomery County Republican Committee and the secretary for the Republican State Party.

I grew up with a father (former Attorney General Earnest Preate Jr.) who was involved in Republican politics,” said Havey. “Conservative values, I just grew up in. I’m pro-life, and I believe in limited government. I’ve never wavered for that, even though I went to University of Pennsylvania Law School, which is extremely liberal.”

“One of the reasons I decided to take a step up and lead in Montgomery County has to do with my children,” said Havey. “It’s so one-sided where I live in Lower Merion. It’s so progressive and woke. And they’re in the public schools, and they only get one side. I thought they needed to see that it was important to stand up for what they believe in, even if it means they get negative pushback. I get it from people that live in Lower Merion. They’re nasty to me. I wanted them to know if you believe in something important, you’ve got to stand up and fight for it.”

“I’ve been volunteering as a committee person since before they were born,” she said. “I took on leadership roles in the last eight years. And this one was a bigger step up.”

“It is fulfilling. I’ve met so many incredible people and had interesting experiences that I would have never had if I didn’t volunteer,” said Havey. “I’ve learned a lot about the region, driven to all parts of the county. I’ve had an awful lot of fun with some nice people who share my values.”

Robin Medeiros also volunteers for the Republican Party, and she’s passionate about it. 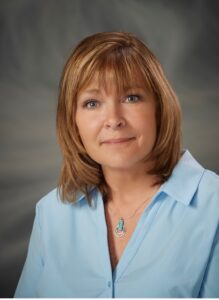 While she’s been volunteering for years, “it’s taken off in the last two years,” she said. “I dedicate quite a lot of time to the Republican Party at this point.”

A real estate agent who lives near Scranton, she is president of the Margery Scranton Council of Republican Women and the Pennsylvania Federation of Republican Women. We rally for all of the candidates. Any free time I have is now dedicated to that.”

She and her husband moved to the Scranton area from Massachusetts 30 years ago, following his job in the munitions industry.

“We’ve done so many things from petition signings to get everyone on the ballot to doing the door-to-door knocking,” said Medeiros. “Last weekend alone, just on Saturday, we had a call to action, Operation Red. We touched with over 50,000.” “People come to candidates’ events, and say, ‘I want to volunteer,’ and we reach out to them, and they join the group of volunteers.”

“In the last two years, we’ve switched and 200,000 voters (statewide), and young people are getting involved,” she said. “And that’s awesome. People are switching from Democrat to Republican.”  However, as of April 18, there were 4 million registered Democrats and 3.4 million registered Republicans in Pennsylvania, according to the Department of State.

She hears that folks are concerned about the economy and gas prices.

“People are suffering out there,” she said. “And the border. That’s such an issue with the influx of people coming over the border and the fentanyl that’s coming into the country through the border because it’s insecure, and we’re losing a lot of our younger people to fentanyl…And it’s not just drug addicts. It’s recreational. People are trying it one or two times, and they’re dying because it’s laced with Fentanyl.”

Meanwhile, in this election cycle, the Pennsylvania Victory Team has held more than 1,400 Republican Leadership Institute trainings with nearly 9,000 people attending and has recruited or activated more than 38,000 volunteers. For Operation Red, the RNC contacted more than 50,000 voters.

The party also hosted a Black business expo, showcasing 15 local small businesses for 80 attendees held at the RNC’s Black American Community Center in Philadelphia.  Some of the people who came to that event also changed their party or registered to vote for the first time.

Meanwhile, the RNC has more than three dozen staff on the ground in the state with more on the way.