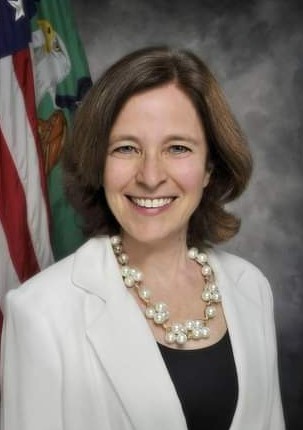 Many Republicans believe Sarah Bloom Raskin, Biden’s pick to become the Fed’s top banking regulator, is too extreme for the job. On Wednesday, a group of 48 congressional Republicans sent a letter to the White House asking Biden to pull Raskin’s nomination as vice-chair of supervision, warning her past statements indicated she would “irreparably politicize the Federal Reserve and destroy what remains of its credibility and independence.”

Two weeks ago, Garrity joined a group of state financial officers who released their own letter expressing reservations.

“We oppose Ms. Raskin’s radical banking and economic views and are deeply concerned that she would use the supervisory authority as Vice-Chair for Supervision at the Federal Reserve Bank to disrupt the private banking sector, reliable energy supplies, and the U.S. economy,” the state financial officers wrote.

Republicans charge that acting on her progressive climate change views would result in severe job losses in the petroleum, natural gas, and coal industries. Democrats say the job losses are countered by those that would be created in the green energy sector or jobs would be lost anyway due to the continuing climate crisis that they believe confronts the world. 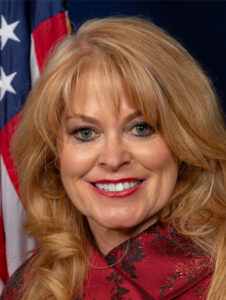 “The nominee is a risk to reliable energy companies and the millions of people who are employed by them here in Pennsylvania and across the country,” Garrity said. “[Raskin] has claimed that the fossil fuel industry is a ‘dying industry’ and actively worked against it. Meanwhile, the Energy Information Administration’s preliminary data for 2020 show that energy produced from petroleum, natural gas, and coal accounted for about 79 percent of total U.S. primary energy production.

“These energy industries are critical to our nation’s economy, and it’s clear that Ms. Raskin is not the right person to serve in this position. If President Biden doesn’t withdraw the nomination, the Senate should swiftly reject it,” Garrity added.

“Today’s hearing is not just about vetting [Biden’s nominees], it’s really about the Fed’s independence and whether or not we’re going to abandon a core part of our democracy,” Toomey said.

Democrats argued many of these attacks have been overblown and are politically motivated.

“We have seen a coordinated effort by some to paint her as a radical… that characterization requires a suspension of common sense,” said Sen. Sherrod Brown (D-Ohio).

Many of the objections to Raskin stem from a New York Times piece she wrote in 2020 entitled, “Why Is the Fed Spending So Much Money on a Dying Industry?”

“The coronavirus pandemic has laid bare just how vulnerable the United States is to sudden, catastrophic shocks. Climate change poses the next big threat. Ignoring it, particularly to the benefit of fossil fuel interests, is a risk we can’t afford,” she wrote.

In the article, she lays out how she thinks the fossil fuel industries had fallen short of addressing the climate crisis and accrued impossible amounts of debt as they continued to expand, often without turning a profit. She argued continuing to fund those industries “undermines urgent efforts to counter surging carbon dioxide and methane emissions, which are bringing us closer to the catastrophe of an unliveably hot planet.”

Not all Republicans consider that line of thinking controversial.

“Among the future trends that will impact our national security is climate change,” said Republican former Secretary of Defense Chuck Hagel. When retired Marine Gen. Jim Mattis took office as secretary of defense, he urged the armed forces to battle the effects of global climate change.

“Climate change is impacting stability in areas of the world where our troops are operating today,” Mattis said in written testimony addressed to the Senate Armed Services Committee in 2017. He claimed that, “While Trump downplayed the problem, his Pentagon quietly continued to follow a ‘climate change adaptation roadmap’ to protect against catastrophic storms that put coastal bases at tremendous risk.”

The Republican criticism that addressing these concerns would have serious economic ramifications is serious. In their letter to Biden, Garrity and the other fiscal officers explained that they feared Raskin “would use the supervisory authority as vice-chair for supervision at the Federal Reserve Bank to disrupt the private banking sector, reliable energy supplies, and the U.S. economy.”

To switch to a fully green economy would be an enormous undertaking and might ultimately cost millions of jobs in the fossil fuel sectors. Still, many progressive Democrats fear that the time for politics as usual in confronting the climate issue has ended and demand action.