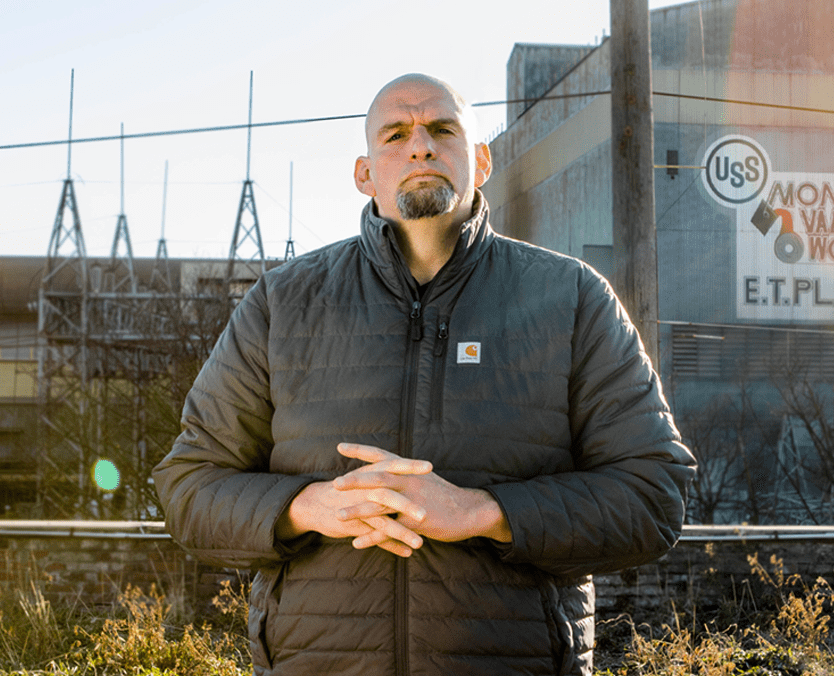 Rep. Conor Lamb has taken off the kid gloves in the Democrats’ primary for U.S. Senate, and he’s landing punches on one of the most controversial incidents in frontrunner Lt. Gov. John Fetterman’s bio: using a gun to stop a Black man jogging nearby after saying he heard gunshots.

While polls show Fetterman is clear frontrunner in the race, his support among elected Democratic officials in the Delaware Valley is thin. 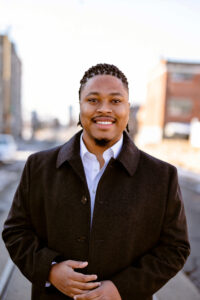 And Philadelphia state Rep. Malcolm Kenyatta, who is also a Democratic Senate primary contender, is a darling of Hollywood and national progressive Democrats who have donated to his campaign.

Herbert likes Fetterman because “he is one of the most sincere people I’ve met in politics ever.  He shows up. He came to Lansdale and got to know our community, the business owners.” Fetterman listened to their concerns and offered to help, said Herbert.

The other reason is practical politics. Among the candidates, Fetterman is the only one who has won a statewide race, Herbert said.

“Nobody else did what he did statewide,” said Herbert.

When Fetterman ran with Gov. Tom Wolf for Wolf’s second term in 2018, that ticket brought in 1 million more votes than when Wolf ran with former Lt. Gov. Mike Stack, Herbert noted. Stack lost to Fetterman in the next primary after a high-profile kerfuffle with Wolf.

“If you want to win, you have the answer right there,” said Herbert, about Fetterman. “He’s bringing in new people to the Democratic Party. That’s what John Fetterman can do.”

Asked about why so many other elected officials are backing Lamb, Herbert said that it might be stereotypes about what a politician should look like. Fetterman, a 6-foot-9 inch man who eschews suits and ties, does not fit people’s idea of a typical politician.

“John is non-traditional,” said Herbert. “He doesn’t look like what people think a politician should look like. He’s not politically correct. It’s an optics thing.”

Fetterman “talks to people. He gets his hands dirty doing the deed. That’s some of the reasons why.”

At the moment, Fetterman leads Lamb in both money and polling. A recent Emerson College poll has Fetterman at 33 percent, Lamb at 10 percent and Kenyatta at 8 percent with 37 percent of the voters undecided. Dr. Kevin Baumlin, who polled at 8 percent, dropped out of the race last week. 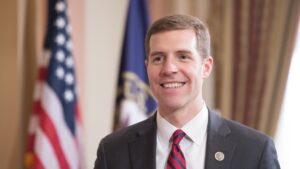 And Fetterman ended 2021 with $5.3 million on hand after taking in $11.9 million, according to the Federal Election Commission. He loaded on another $3.1 million from January to March. While Lamb ended 2021 with $1 million after garnering $3.9 million and has not released his first quarter numbers yet.

Lamb has also attacked Fetterman as someone who Republicans can easily tar with the “socialist” description, since he supported and is supported by Vermont Sen. Bernie Sanders, and pointed to the incident where Fetterman pointed a gun at a Black jogger in 2013.

Lamb tweeted:  We all know why John Fetterman isn’t coming to the debate on Sunday.He doesn’t want to talk about the fact that he chased down an unarmed Black man and held him at gunpoint.That’s the elephant in the room. And we have to talk about it.  \

And a SuperPAC backing Lamb calls Fetterman a “silver spoon socialist” in a new television ad airing on Philadelphia stations.

Jeff Jubelirer, vice president with Bellevue Communications Group, said, “to date, it appears from current polling that Lamb has not yet made a significant dent into Fetterman’s lead and while he will certainly be up on the air (TV) with positive biographical and issue-oriented ads about himself and his campaign, he concurrently needs to put doubt in primary Democratic voters’ minds that Fetterman is an unelectable Senate candidate for the party.

“Raising the issue about Fetterman’s past incident is one way to do this, especially given the traditional strong base of Black support for the Democratic Party,” said Jubelirer.  “And alleging that Fetterman is a socialist is a strategy aimed at undecided Democratic voters who may consider electability one of their top reasons for determining who to support.  There is still time for Lamb to catch up to Fetterman, but the airwaves are crowded with candidates running for governor and Senate so he needs to make his move now.”

Fetterman was the mayor of Braddock and elected in a conservative area so “the idea that he is a socialist is just spin. John is blue-collar. It won’t stick to him,” said Herbert, about the socialist appellation.

Neither the Fetterman campaign nor the Lamb campaign responded to requests for comment. However, the Washington Post quoted Fetterman as saying of Lamb’s attacks, “Not one dollar that anyone entrusts in our campaign will be spent against a fellow Democrat. Look, it’s unfortunate that after Conor saw his poll numbers, he decided to embrace this attack, this smear. Because he knows it’s not true.”