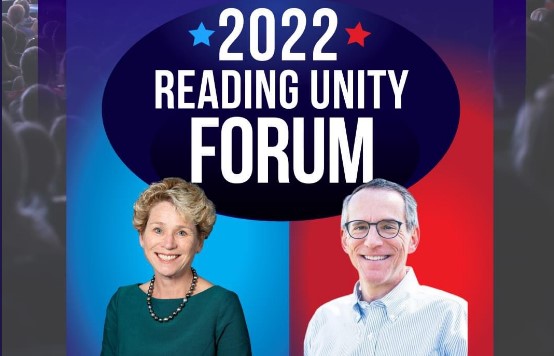 There were some clear differences, as Houlahan (D-Berks/Chester), who was first elected in 2018, defended her record, and Republican Ciarrocchi laid the blame for the 8 percent inflation hitting Pennsylvania residents at the feet of the Biden administration and the Democratic Congress.

“Energy prices are too high. The stock market’s sinking, so if you saved money, you have less money than before you saved. Mortgage rates are going up and denying people the ability to buy their first home. The economy is in crisis, much of it because of bad decisions.” 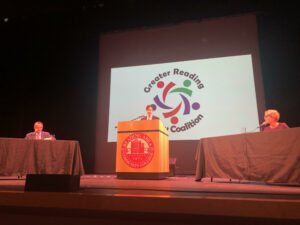 “Washington has been spending money way too fast,” he said. “We spent almost double the federal budget passing out money…You don’t need a degree from Wharton to understand that spending $6 trillion extra dollars is going to cause inflation. You don’t need to be an expert in the economy to realize if the president and the Democratic Congress decide to slow down our output of oil and gas, it’s going to cause prices to spike. So, what do you do? Stop spending if you’re in a hole; stop digging. This crowd starts looking for a bigger shovel.”

Ciarrocchi said high energy prices are increasing the costs of everything that is transported, including food and medicine.

Houlahan said, “Inflation is real, and it is painful, and it is a consequence of a lot. It’s a catastrophic virus we had to deal with for the first time in 100 years. It’s the catastrophic war in Ukraine that we’ve all dealt with. It’s a lot of decisions we all have made, the very best decisions that we could make when thousands and thousands of people were dying every single day over the last two years. We made choices.

“I am working really hard in Congress as a person who has a background in supply chain management, a person who’s a former businessperson that we made all the best choices that we possibly could,” she said. She said she has developed a package on how to deal with inflation. “We passed the Inflation Reduction Act that will reduce drug prices and that will put more money in pockets. So, inflation isn’t just about increasing prices but how far your dollar goes.

“It allows for more renewables as well…The Infrastructure and Jobs Act is also part of that plan to make sure we have more jobs that are better paying and allow us to get to work safely and more cheaply…There is more to do.”

“With all due respect, I think the Democratic Congress spent most of the last year pretending that inflation wasn’t real,” Ciarrocchi responded. “And then, when we got close to the election, they decided to take the Green New Deal title off it and call it the Inflation Reduction Act.

“According to CBS, CNN and Wharton, it’s not going to lower inflation. It’s more likely to make it go up and get worse. Our energy prices are going up. Our food costs are going up…The Inflation Reduction Act was taking $730 trillion and adding to the billions already spent…It gave us 87,000 more IRS agents,” Ciarrocchi added.

Houlahan said the IRS agents are needed for customer service, including money to modernize that agency’s aging computer software.

Asked about the environment and agriculture, Houlahan said, “Climate change is real, and people cause it.” She said it was an economic and national security issue.

“We saw in the last few years, 100-year floods twice in our area that caused, in the case of Chester County, a federal state of emergency…At a federal level, what we can do is worry about evolving toward renewable energy.” She said the Inflation Reduction Act would add more renewable energy.

Ciarrocchi said, “It is important that we protect our environment…One way is we protect family farms…Well run, good farms protect our environment, protect our quality of life…right now, the government all too often at the national level tries to get involved.” He said he’d prefer the federal government partner with state and local government. “No matter how smart and well-meaning the folks at the EPA are, somebody on the 13th floor at the EPA doesn’t know Berks County as well as the folks here, to trust and empower them to what’s necessary… It’s a balance. We should have a good, clean environment and a strong, vibrant economy.”

The candidates disagreed on abortion, with Ciarrocchi saying he is pro-life and that the Dobbs decision allows each state to decide its own laws. Houlahan said she is strongly pro-choice and has voted twice for federal legislation to ensure women’s right to choose on a national level, so there isn’t a “wild, wild west” on abortion.

Ciarrocchi called on her to stop misrepresenting his position in campaign mailings.

And on the riot at the U.S. Capitol on Jan. 6, 2021, and the committee investigating it, the pair also had a difference of opinion. Ciarrocchi said the country needs to move on.

“It’s time for this committee to bring this to a close,” he said. “We have an economy that’s falling apart. We have problems of safety in our own communities. We have issues within our own nation. We need to work on our own energy supply. We need to get Republicans and Democrats to stop fighting with each other and focus on the things that impact our lives. The committee has been in existence for a year and a half. Either things need to be brought to the attention of the Justice Department, and people need to be charged, or we need to bring this to a close. We need to move beyond this chapter…We need to move forward.”

Houlahan said, “We cannot simply put the past behind us. There’s too much at stake. Clearly, our democracy is at stake. This was a free and fair election…This is a case where Congress can do both. We can obviously consider the everyday issues, kitchen table issues, but I would argue our democracy is a kitchen table issue as well. It’s the thing that allows us to exist as a free and fair election…This was an insurrection, and it’s really important that we identify it, recognize it, that we investigate it, and we make sure that it never, ever happens again under any circumstances or under any person’s watch.”