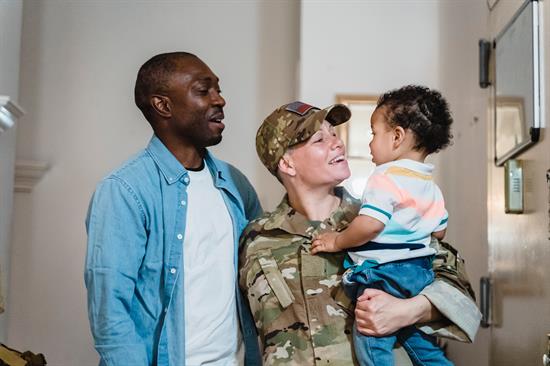 This week Representative Chrissy Houlahan (D-Chester/Berks) celebrated the expansion of the Department of Defense (DoD) Military Parental Leave Program, which she has advocated tirelessly for since first introducing her Military Moms Matter Act to Congress in May 2021. This policy, published yesterday, extends DoD paid parental leave to 12 weeks for all service members (previously 12 weeks for only mothers), on top of medical convalescent leave granted to eligible service members.

“I can’t understate how monumental this is for our service members and their families,” said Houlahan. “I had my first child serving active duty in the Air Force, and the wait for child care on base was months long. This new policy ensures that families won’t have to choose between a paycheck and taking care of their newborn child. My legislation was inspired by my story and the stories I hear too often from those in uniform, and I am proud that our efforts—with the unwavering support of Under Secretary Cisneros—are going to make a tangible, positive impact across the military.”

Houlahan was instrumental in guaranteeing DoD’s full implementation of the provision’s intent, which was at risk of a misinterpretation that would allow medical convalescent leave and parental leave to be used concurrently as opposed to consecutively.

To prevent implementation of misinterpreted guidance that could deny additional authorized leave, Houlahan led a letter directly to Under Secretary Cisneros, head of DoD’s personnel and readiness, urging the DoD to properly implement the full provision in line with congressional intent. The DoD directive, signed by Under Secretary Cisneros on January 4th, 2023 and back-dated to December 27th, 2022, guarantees the authorization of 12 weeks of parental leave separate and apart from medical convalescent leave and solidifies Houlahan’s continued pledge for improved wellbeing of servicemembers and their families.