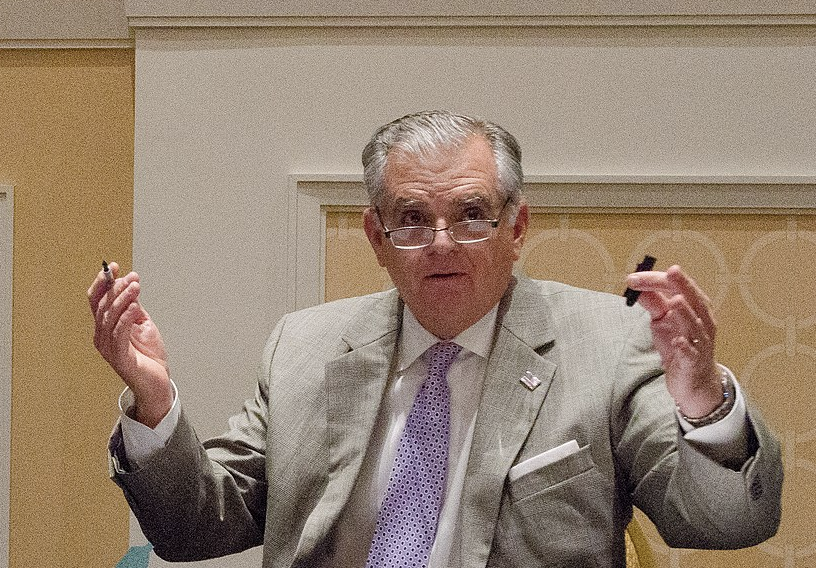 Ray LaHood was President Barack Obama’s secretary of Transportation, and he has a message to members of rail workers’ unions currently considering a new contract offer:

“This is a very, very strong contract and should be ratified by the unions that are still holding out,” LaHood said. “You’re not going to find a more pro-labor president than President Joe Biden or a more pro-labor secretary of Labor than Marty Walsh, and to me — it just doesn’t get any better.”

LaHood commented during a roundtable on the rail labor dispute hosted by InsideSources.

The railroads have been negotiating with their 12 unions for more than two years. In September, the prospect of a rail strike was viewed as so detrimental to the economy that the Biden administration stepped in to broker a deal between the rail industry and the union leadership for holdout unions.

Since then, seven unions have agreed to the Biden-backed plan, but three have rejected it.

The deal is built on recommendations from the Presidential Emergency Board (PEB) formed in July under executive order by Biden when negotiators were at an impasse. The PEB recommended employees receive a 24 percent wage increase over the five years from 2020 through 2024. A 14.1 percent wage increase would be effective immediately. Rail workers would also receive bonuses totaling $5,000 over the course of the contract.

“It is a win for tens of thousands of rail workers who worked tirelessly through the pandemic to ensure that America’s families and communities got deliveries of what have kept us going during these difficult years,” Biden said when the agreement was signed. “These rail workers will get better pay, improved working conditions, and peace of mind around their health care costs: all hard-earned.”

However, Politico reports that a “rebel” group of worker activists, Railroad Workers United (RWU), is fighting the agreement.

“There’s a sense of hopelessness amongst a number of working railroaders,” said one of RWU’s leaders, Ron Kaminkow, who is a member of one of the unions voting next week. “The goal of our campaign is to basically empower people to just vote ‘no’ if they actually believe that this thing is not good. Don’t be conned into voting for something that you really don’t want.”

According to Jerry Glass, a 35-year veteran of labor negotiations, the problem is union leadership’s inability to get their rank-and-file members on board a deal they’ve signed. “This is very unusual, it’s not the norm,” Glass said during the roundtable. “The union leaders signed a deal, and it’s their job to go back to their membership and sell it hard. That hasn’t happened.

“The union leaders celebrated at the White House, and now they should go out and sell the deal, which they haven’t done. This is extremely unusual and almost unprecedented.”

At issue, say union representatives, is paid sick leave, which they say should be part of the new deal. According to Glass, the union had previously negotiated away paid sick leave to expand other benefits. The PEB sided with the railroads, agreeing that new sick leave policies should not be added to this contract.

“We understand the concerns voiced by the organizations as to the circumstances that led to this proposal (and several others made in this proceeding). We are simply not in agreement that this sick leave proposal is otherwise warranted or is the appropriate way to address the concerns,” they wrote.

Two of the largest rail unions, the Brotherhood of Locomotive Engineers and Trainmen and the Smart Transportation Division, are scheduled to vote on ratification November 21. If the unions aren’t on board by December 9, the cooling-off period would be over, and a national strike could begin.

And that would be a disaster for the nation’s economy, said Jonathan Gold, National Retail Federation vice president of Supply Chain and Customs Policy.

“If you’re not able to get your goods, either finished goods or inputs to production, you could have factories shutting down and farmers that are going to lose out on selling products overseas,” Gold said at the roundtable. “You’re going to have families that could be put in danger because they can’t get chlorine to put into clean drinking water systems, so, this is going to be a significant impact across the country.”

Pennsylvania businesses are concerned about the impact on the Keystone State.

“Rail transport is an essential part of business logistics,” said David N. Taylor, president & CEO of the Pennsylvania Manufacturers’ Association. “Manufacturers depend on rail transport to deliver raw materials and component parts to factories and distribute finished goods to wholesale and retail markets.  Rail lines are also vital for delivering goods to and from U.S. ports. Any disruption to rail service could compromise the ability of manufacturers to make and deliver essential goods for U.S. consumers. Considering the supply chain disruptions from the pandemic shutdowns, another hit to business logistics at this time could further damage America’s economy.”

The Association of American Railroads estimates a strike could cost America up to $2 billion daily. And, Gold noted, Amtrak service could be affected by a strike as well.

It is for these and other supply chain issues that LaHood said a deal must be reached.

“Every nightmare that every citizen in this country went through and had related to COVID and supply chain will come back to haunt us again,” LaHood said. “That will impact everyone all over again.”

And, LaHood notes, if no deal is reached, the resolution could be left to Congress.

“The last thing that any labor member wants is to have either this Congress, or the new Congress, to deal with this. I served in Congress for 14 years. I can tell you: Be careful what you wish for.”