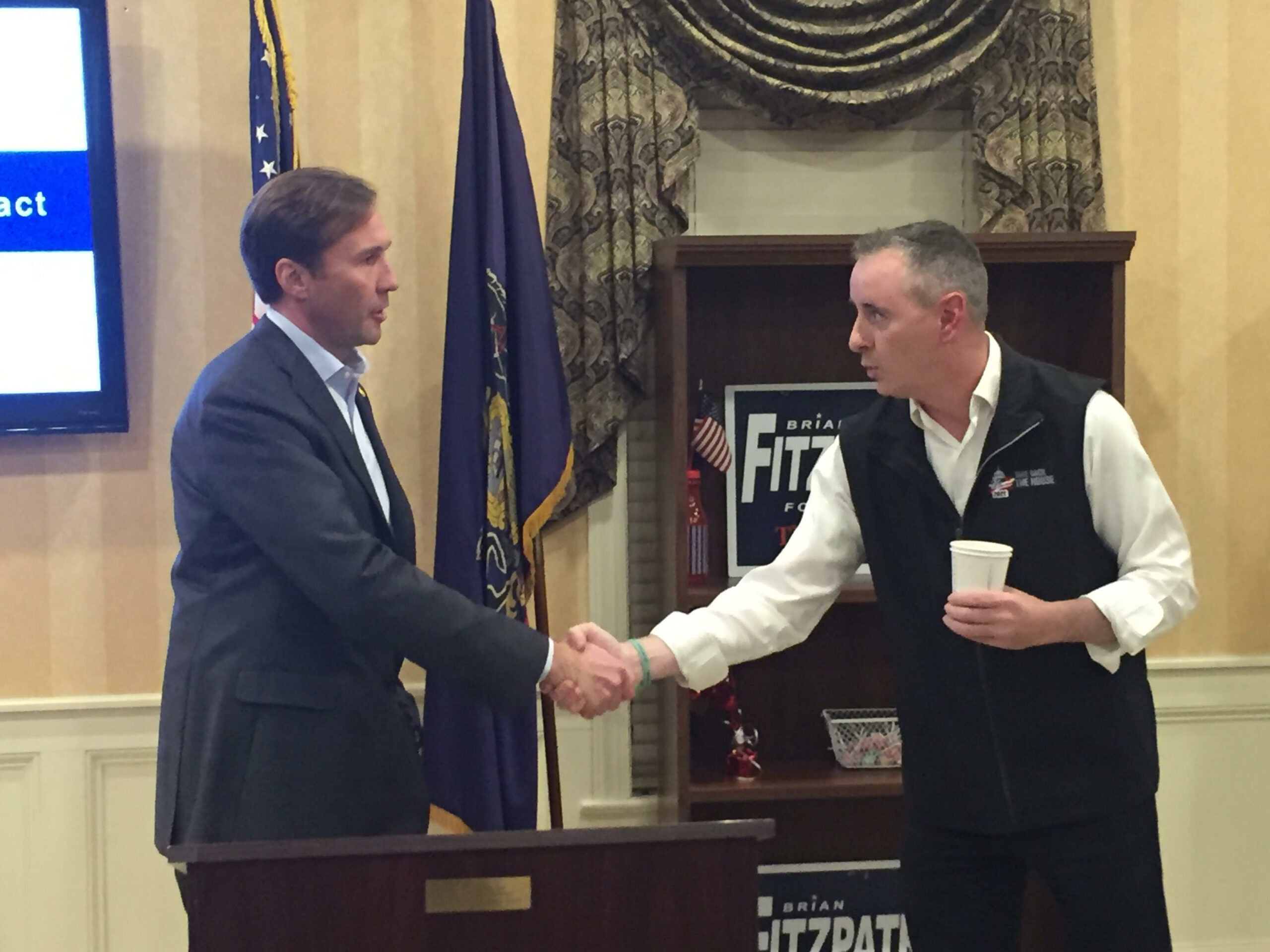 About 50 volunteers came to the Bucks County Republican Headquarters in Doylestown last week to learn the ins and outs of door-knocking and phone calling for the upcoming midterm elections.

Before the training began they heard remarks from Congressman Brian Fitzpatrick and from Tommy Hicks, Jr., National Republican Committee co-chair from Texas.

“We’ve got a generational opportunity to grow the Republican Party,” Hicks told the Delaware Valley Journal. “And frankly it’s because we stand for faith, freedom, and opportunity, and it’s clear to the American people that the Democrats now stand for what is effectively socialism and government control.” 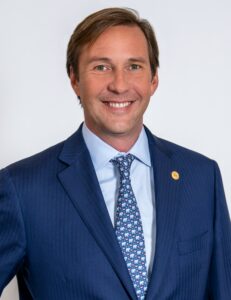 Hicks says he believes the Republican message “resonates with the American people. We need to take this momentum and try to make it permanent across the country and especially here in Pennsylvania, which is ground zero for the midterms in 2022.”

Hicks said other Philadelphia collar counties, which have been in the Democratic recently, can return to the GOP, following the example of Bucks County in 2021, where Republican candidates swept the county row officer races.

“We’ve made some good progress in November with some municipal races and some school boards,” said Hicks. “I think the momentum is on our side. We can push on that momentum. We have a generational opportunity to give power back to the people and take it away from unelected bureaucrats.”

Asked about Chester County, where voter registration has given the Democrats an advantage, he said, “Everything’s in play. Right now the Republican Party and the RNC (believe) everything that Joe Biden won by 10 or 12 points, we think is in play right now.

“So we’re going to be investing resources,” he said. “We’re going to be recruiting volunteers, and I think there’s an opportunity to make massive pick-ups in Pennsylvania and across the country.”

Hicks said he’s spent a lot of time in the state before the 2016 and 2020 elections, as well as for business. He’s a private equity investor.

“I’m from Texas, and I think Pennsylvania can be the next Texas with all the energy jobs you can create,” said Hicks. “There’s a huge opportunity here, throughout Pennsylvania. And we just need the right kind of political and policy leadership to make that take place. And I’m hugely optimistic about the future of this commonwealth.”

“I love the people in Pennsylvania,” said Hicks. “They remind me a lot of Texans—in a good way. People respect entrepreneurs and risk-takers, and I like that. That’s the American way.”

Asked why he is involved with politics, Hicks, who has been RNC co-chair for three years, said, “Because I love our country and when you’re given an opportunity to be involved in leadership politically you’ve got to make the most of it.”

Hicks mentioned he wants to preserve the America he loves for his three daughters.

Later, Hicks told the volunteers he got involved after Democrat Barack Obama became president and he was unhappy with his policies. 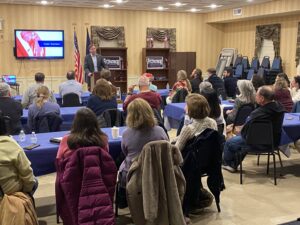 “Little did I know that a friend of mine’s father was going to run for president (referring to Donald Trump). I said, ‘Can I carry your bags?’” said Hicks. “We all get started as volunteers in different ways. This is the lifeblood of our movement.”

“Bucks County is a crossroads, it’s a slice of America,” said Fitzpatrick.

“Not this year,” Hicks cut in, prompting laughs.

“It’s incredibly important this year,” said Fitzpatrick, who noted that not just federal offices but state and local seats are in play. “It’s all-important,” he said.

“People understand what’s at stake,” he said. “I have three little girls and we’ve fought for generations for what we have. We cannot let it go. And it goes away if we do not win this November.”