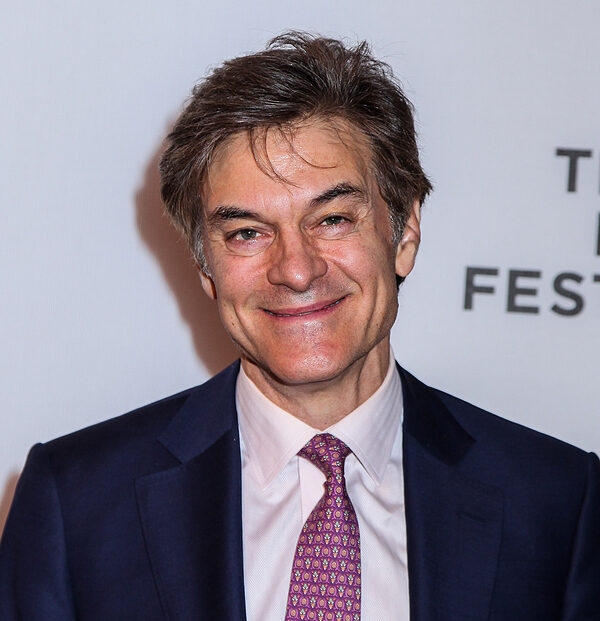 “Is there a doctor in the House?” is an old cliche. But U.S. Rep. Susan Wild wants to keep one out of the Senate—and she thinks the press is hurting her cause.

The Pennsylvania Democrat is complaining about the coverage of Dr. Mehmet Oz, the GOP nominee for Senate who is best known for his award-winning TV show “Dr. Oz.” She wants the media to drop the “Doctor.”

“Please stop using ‘Dr.’ before Oz’s name,” Wild tweeted. “Use his name like we do for all other candidates. Or just his last name as we often do. He’s not practicing medicine. He’s running for office.”

Every year, Gallup asks Americans to rank the honesty and ethics of various professions, and “medical doctors” inevitably appear near the top of the list — usually right behind nurses. In the most recent survey, 67 percent of respondents said they believed doctors are ethical and honest, compared to 27 percent for bankers, 19 percent for lawyers, and just 9 percent for members of Congress like Wild.

If running on the “Doctor Oz” ticket is an unfair advantage, he is not the only one who has it. There are 17 doctors serving in Congress according to Patients Network Action. In fact, Oz was just one of three doctors in the Pennsylvania Senate race this year. Both Dr. Val Arkoosh and Dr. Kevin Baumlin ran as Democrat candidates but dropped before the primary election.

As a practicing physician from Philadelphia for 21 years, Dr. Baumlin said he ran his campaign as a doctor trying to improve America’s healthcare system.

In his campaign video and website, Baumblin included the title “doctor” in his name, and he said it is appropriate for candidates to do so.

“I just go by Doctor B,” Baumlin said. “Even my campaign team called me ‘Doctor B.’ When I first announced my race, the Philadelphia Inquirer did not include Dr. in my name. The Inquirer had a set standard for addressing candidates and I thought it was appropriate and fine. They did the same thing with Oz, and he complained about it on Fox.”

First elected to Congress in 2010, Sen. Rand Paul (R-Ky.) still refers to himself as “Dr. Paul” on his website. Sen. Bill Cassidy (R-La.), who spent 20 years working with indigent patients in Louisiana’s charity hospital system, includes “M.D.” at the end of his name.

According to Robert Hickey, Deputy Director at The Protocol School of Washington and author of the book “Honor & Respect: The Official Guide to Names, Titles, and Forms of Address,” the title of doctor is both used professionally and socially.

In the United States, a person is only given one title at a time. It is never Senator Doctor or the Right Honorable Professor Dr. Smith. So, when a person has more than one title, they should be addressed by the one most pertinent to their position, Hickey said.

“Colin Powell was never ‘The Honorable General Colin Powell’, Hickey said. “And when it wasn’t exactly pertinent to either he let it be known that he preferred ‘General’ since he’d spent most of his life in the Army.”

As a pastor in a Baptist church, Sen. Raphael Warnock (D-Ga.) still calls himself “Reverend Warnock.” In fact, it is his Twitter handle.

Critics of Wild’s tweet were quick to point to First Lady Jill Biden, who has a doctorate degree in education and is notorious for insisting on being addressed as “doctor.” When The Wall Street Journal ran a light-hearted op-ed suggesting she set the title aside, the issue became a cause celebre among Democratic women. Jill Biden once held a sign with President Joe Biden which stated  “Dr. and the President Live here.’

On the White House’s website, she is referred to as Dr. Jill Biden.

Ironically, Wild herself used the honorific “Doctor” when the First Lady visited the Lehigh Valley last October. “Pennsylvania’s own Dr. Jill Biden is a true fighter for families, and I couldn’t be more excited to welcome her to the Greater Lehigh Valley next week to talk about the Build Back Better Agenda and our continued recovery from COVID-19,” Wild said in a statement.

According to the Emily Post Institute, a fifth-generation family business promoting etiquette, it is more common for a woman to go by “Dr.” than it was in the past.  When meeting someone with a doctorate degree for the first time, it’s always safe to address them as “Dr.”

Dr. Baumlin said there are more important issues to discuss than worrying about titles.

Wild’s opponent Lisa Scheller replied to Wild’s tweet with a photo of gas prices at $5.22 at a Lehigh Valley shell. Scheller said Wild was too preoccupied with Dr. Oz when she should be worrying about greater issues like rising gas prices.