McGarrigle to Step Down as Delco GOP Chair 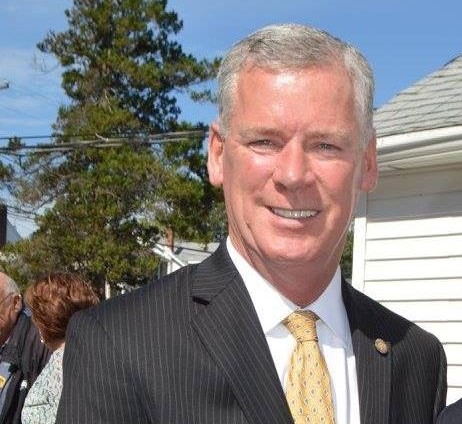 Thomas McGarrigle, a former state senator and chair of the Delaware County Republican Committee, plans to step down from his position as GOP chairman at the end of November.

In a letter to committee members, McGarrigle, 63, said he wants to spend more time with his family and focus on his business. Committee members will then elect the next chair. He said he timed his resignation until after the Midterm election on Nov. 8.

McGarrigle, who owns an auto repair business, a tow truck business, and real estate, said he is putting 60 or 70 hours a week in because of the labor shortage.

“I’m so busy, I just don’t have the time anymore,” said McGarrigle, who was elected county council chairman in 2019. For example, he said he was in Harrisburg for Wednesday’s retirement speech from state Sen. Robert “Tommy” Tomlinson (R-Bucks), then planned to attend three different functions in the evening.

However, he does plan to help Springfield Township GOP Chair Mike Puppio, where McGarrigle was once a commissioner. He also served as chairman of the Delaware County Council.

McGarrigle and his wife, Michele, have three grown sons and five grandchildren.

Ridley Township resident Dave White, a former candidate for governor who runs a plumbing and HVAC business, said Wednesday that he would be throwing his hat into the ring.

White, meanwhile, has been calling committee members to test the waters.

A vote is required 30 days after the chair tenders their resignation, White said. McGarrigle asked those who are interested to send him their resumes.

Delaware County, long a Republican stronghold, has trended Democratic recently as the GOP has attracted more working-class and populist voters and become less popular among college-educated suburbanites. Democrats swept the Delaware County Council in 2019, wresting it from Republican control for the first time since the Civil War. Democrats also fill other county row offices, including the district attorney, sheriff, and recorder of deeds.

White lost the 2022 Republican gubernatorial primary to state Sen. Doug Mastriano. White has endorsed Mastriano and has been traveling the state to help with Mastriano’s campaign.