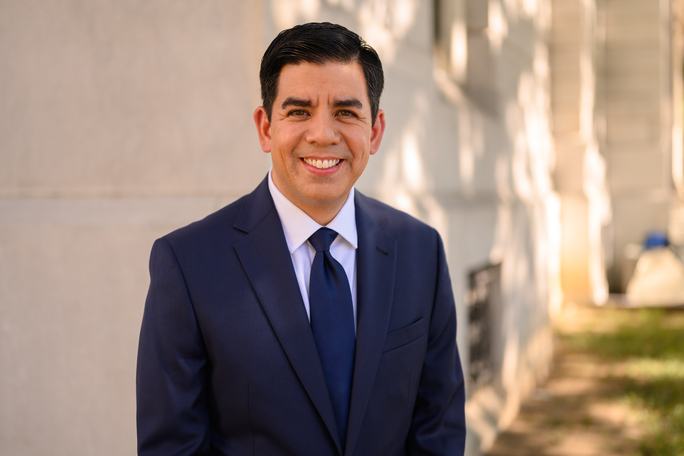 In a press release and video the two complain about being called names.

Coleman, who has advocated civility in his campaign, says Mastriano and Daniels refer to him as “Mr. Rogers, patty cake man” and “swamp establishment hack.” While they allegedly call Frye a “sellout, career politician, and swamp creature.”

Frye, the mayor of New Castle, and Coleman, a former state representative and founder of Churchill Strategies, say using these types of slurs is playing into the Democrats’ hands and lessening the chances that Republicans will win in November.

“You’re both good men with good families and good reputations,” said Frye. “It doesn’t have to be this way.”

Daniels, a combat veteran who received the Purple Heart, retired police officer, and entrepreneur denied denigrating Coleman and Frye. He said the pair are just trying to make headlines and score points against the frontrunner.

“These two are so desperate to get attention in this race they’ll stoop to throwing baseless accusations of ‘borderline slander’ against the guy they admit is the leading candidate, when I’ve never even once uttered their names,” said Daniels, when asked to comment about the video and press release sent by Coleman and Frye.

Charlie O’Neill, a Republican consultant, said he was surprised frontrunners would be slinging mud.

“It didn’t take long for Reagan’s 11th Commandment, ‘Thou shall not talk ill of other Republicans,’ to be broken in this campaign cycle. What strikes me about Mastriano and Daniels attacking their opponents is that tactic is usually reserved for candidates who are behind in the polls, yet their camp touts high polling numbers.

“I wouldn’t expect the campaign to grow more civil moving forward as candidates vie for every crucial voter. Creating a contrast between you and your opponents is a key part of any campaign strategy. How you draw this contrast is up to each campaign. Some argue a tough primary serves to strengthen the winning candidate before a tough general election. There certainly is some truth to that, but it didn’t help in 2018, the last time there was a hotly contested Republican gubernatorial primary.”