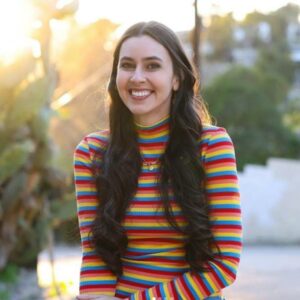 The Washington Post doxxing of LibsofTikTok is viler than it seems on the surface. That is because reporter Taylor Lorenz also thought it acceptable to highlight her victim’s Orthodox Jewish identity, during an ongoing wave of antisemitic hate crimes specifically targeting visibly Orthodox Jews. The writer not only deliberately traumatized her victim but placed her at elevated risk for physical harm. Yet, stunningly, the newspaper defended the practice saying her methods “comport entirely with The Washington Post’s professional standards.”

For those unaware, on Tuesday, in the middle of Passover, Lorenz produced an “exposé” regarding the LibsofTikTok Twitter account. That account, administered anonymously, re-posts videos from Tik Tok users. Whatever one thinks of these videos, they were posted to be shared publicly, mostly by teachers who brag about exposing young children to material their parents might find objectionable. LibsofTikTok merely aggregates them into a central Twitter feed. That is almost all it does.

But according to Lorenz, that is enough for the account to be “impacting anti-LGBTQ+ legislation and influencing millions.” The Washington Post, though its motto is “Democracy dies in darkness,” was apparently troubled by LibsofTikTok bringing its collected videos to light.

Per Oxford Languages, “doxxing” means to “search for and publish private or identifying information about a particular individual on the internet, typically with malicious intent.” Lorenz herself has decried the practice as detestable and dangerous. While writing for The New York Times, she shot a TikTok video objecting to an outlet doxxing an individual by publishing his full name.

Just weeks ago, Lorenz cried her way through an MSNBC interview after she was herself doxxed. “I had severe PTSD,” she said, “I contemplated suicide, it got really bad. You feel like any piece of information that gets out on you will be used by the worst people imaginable to destroy your life.” On Twitter, she wrote simply that “doxxing… [is] not ok in any situation.”

So it is fair to say that as Taylor Lorenz researched and wrote her article, she fully understood the evil of what she was doing.

In her piece, Lorenz did at least three reprehensible things. First, she revealed the account holder’s full name, the very doxxing she decried. She then magnified that hypocrisy by linking to her target’s private real estate license, exposing her work address, and contact information, later removed by The Post as online criticism began to build.

And finally, Lorenz dug through discarded Twitter handles associated with the same account and proudly reported that its holder is an Orthodox Jew.

Of course, the user’s religious identity was no more relevant to curating LibsofTikTok than it was to her work as a realtor. But perhaps it was relevant to Lorenz’s objective.

Consider that Lorenz recently alerted her followers that a woman on Instagram with the same name as her victim is not, in fact, the same person. Fully informed by her own recent experience and the Instagram user’s pleas, she knew the harassers had pounced, yet did not condemn them. She improved their aim.

As a reporter, she also must know that physical violence could well result. According to FBI statistics from 2020, though Jews make up less than 2% of the population, they suffered 55 percent of religiously motivated attacks, more than all other religious groups combined. Those figures precede the further sharp spike in antisemitic hate crimes, particularly against visibly Orthodox Jews. Thanks to Lorenz and The Washington Post, LibsofTikTok spent her Passover holiday “holed up in a safe location.”

And after placing a woman in the crosshairs of certain online harassment and possible physical harm, the newspaper then brazenly and falsely claimed it “did not publish or link to any details about her personal life.” If these actions “comport entirely with The Washington Post’s professional standards,” these standards need an immediate upgrade from someone with a working moral compass.

The Washington Post is an influential newspaper with a venerable past, yet the practices employed to unmask LibsofTikTok violate nearly every one of the elements in the “Minimize Harm” section of the Society of Professional Journalists’ Code of Ethics. It is no wonder Americans’ trust in media is at a near all-time low. If they want to dig themselves out of this ditch, outlets such as The Post must begin acting like they deserve our trust.