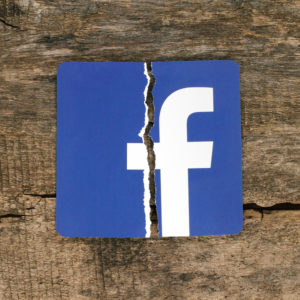 Medal of Honor Recipients Challenge Americans to Save Vets From Suicide

More than two dozen of the nation’s top military heroes are calling on all Americans to save veterans and service members from suicide by connecting with them next month in a nationwide push to reverse the tragedy befalling the men and women in uniform.

Twenty-seven recipients of the Congressional Medal of Honor, the nation’s highest military decoration for valor, have joined forces asking that members of Congress — and every American — take part in National Warrior Call Day on Nov. 13.

“With its simple mission of imploring all Americans to connect with someone who has worn or is currently wearing the uniform and let them know they care — National Warrior Call Day can foster greater connectivity. And greater connection can save lives,” they wrote in a letter to Congress.

Connectivity is key to reversing the tragic suicide trends among military members. Two-thirds of veterans who take their own lives have had no contact with the Department of Veterans Affairs, highlighting the urgent need for greater connection. The ask is that on Nov. 13, every adult American should contact a veteran or service member and ask how they are doing, let them know they are cherished and, if necessary, steer them toward assistance when they might otherwise slip through the cracks.

Suicide is metastasizing among people in the armed forces or who have served. Pentagon figures show the suicide rate for active-duty soldiers last year was the highest it has been in nearly a century. More U.S. veterans have died by suicide in the previous 10 years than service members who died from combat in Vietnam. And after adjusting for sex and age, the rate of veteran suicide is far higher than the rate among all U.S. adults.

Moreover, a large segment of those who are disconnected and die by suicide may have undiagnosed brain injuries from their service that may present as mental illness but require an entirely different approach.

While the latest figures from the Department of Veterans Affairs show a decline in the national suicide rate among veterans, the drop highlights a simmering issue pressed by suicide prevention advocates — the likely undercounting of the data.

For example, the deaths of veterans may not be tallied as suicides in certain instances in which self-harm plays a critical role. These include deaths due to addiction, drug overdoses, alcohol-induced incidents or accidents. While not strictly defined as suicide, they represent a statistical gray area. In addition, much variation permeates how each state accounts for deaths. An officially declared suicide in one state might not be in another.

The group America’s Warrior Partnership recently released an interim report from its multi-year study of suicide deaths across eight states and uncovered significant disparities between state and VA data and a large error rate in how the VA accounts for deaths of vets. The report found that the suicide rate was much greater, at 1.37 times the rate reported by the VA. And when researchers added in veterans whose deaths were from self-injury, including overdose deaths and other behavior closely aligned with self-harm or suicide, the rate of suicide was 2.4 times higher than the rate the VA reports.

“We understand firsthand the challenges that service members and veterans face and the need for their peers, friends and family to lift them up,” the 27 Medal of Honor recipients wrote to Congress.

With the assistance of all Americans — first on Nov. 13 and then throughout the year — National Warrior Call Day can make a difference. It can lift up those who need it and provide hope. It saves lives. 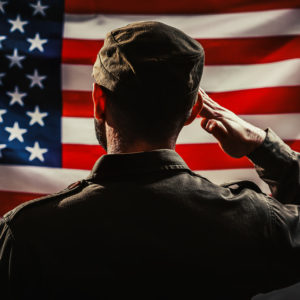 Military veterans make up roughly 10 percent of the adult population in the United States. Unfortunately, one of the most common causes of death for veterans is suicide. Increases in veteran suicide, especially during COVID, have caused the Troops First Foundation to take action by submitting a letter to Congress.

This letter, signed by the seven living secretaries of Veterans Affairs (VA), introduced an amendment to the National Defense Authorization Act that would make November 21, 2021, the first annual “National Warrior Call Day.”

U.S. Rep. Mary Scanlon (D-Delaware Co.) told Delaware Valley Journal the designation is only part of the solution to the large issue. Warrior Call Day’s goal is for Americans across the country to reach out to their family and friends who have served.

“By creating the day, there’ll start to be resources behind it,” Scanlon said. “There’s an organizing principle, and the various veterans groups can get behind it and community groups can kind of weigh in as well. I think it’s probably in a lot of ways just trying to bring more attention to the issue. I guess in a way that’s deemed to be helpful. One of the issues that we’ve seen over time, and you see the same thing with law enforcement, is that it’s very tough to kind of crack the nut with veterans to make sure that they get the services that are available, how to reach people, and similar to law enforcement, it’s the folks who are used to being the rescuers and not wanting to ask for help. So, trying to get the connections that will actually be helpful is the continuing challenge.”

Former VA Sec. David Shulkin, MD said, “Warrior Call Day is important to remind each of us that the sacrifices continue for the brave men and women who defend our country. We want all Americans to be aware of the responsibility to reach out and offer support to our veterans.”

Part of the issue with mental health and military veterans is the stigma that surrounds these issues. Asking for help can often be seen as a weakness for members of the Armed Forces. There is hope that Warrior Call Day will bring more attention to this problem and help break that cycle.

“I think it’s probably part of the whole de-stigmatization issue that we’re dealing with across the board with mental health issues and making sure that people check in with their loved ones and trying to get some traction that way,” Scanlon said. “Because of the escalating issues with suicide there have been a number of different approaches, whether it’s beefing up resources, or trying to find alternative methods of service delivery, making sure that we connect people as they’re leaving the service more strongly so they don’t have to go looking as hard. I think it’s part of a whole menu of efforts to really get a handle on the problem.”

“I don’t think [Warrior Call Day] alone is going to bring these changes. I think it’s trying to shine a light on a particular issue and the mental health issues and trying to bring more public attention to it,” Scanlon said. “But being done in conjunction with a whole bunch of different efforts that have been trying to get more services available through the VA and make sure they’re more effective.”

One such way that Congress has moved to help veterans has been the Blue Water Navy Bill passed in 2019. This allows veterans exposed to Agent Orange an automatic presumption, which makes it easier for qualified veterans to receive compensation for conditions resulting from that service-related experience.

Scanlon also mentioned that a similar issue is being explored for post-9/11 veterans and the burn-pits used in the Middle East. About 25 percent of veterans are already experiencing health issues from exposure to these pits.

“We do have more former-service members in Congress now than we’ve had in decades so that is helpful to have people in the mix who are first hand on some of the issues,” Scanlon added.

“We must get Veterans connected to other Veterans and the qualified care they deserve,” McDonald said. “The Veterans Crisis Line (1-800-273-8255) plays a critically important role in this. They save lives. We know from research that if we can connect Veterans to the VA (and the Crisis Line) we can save lives. Nearly 70 percent of those who take their own lives are not connected to the VA. So, National Warrior Call Day is an opportunity to connect every Veteran to the care they need and deserve.”