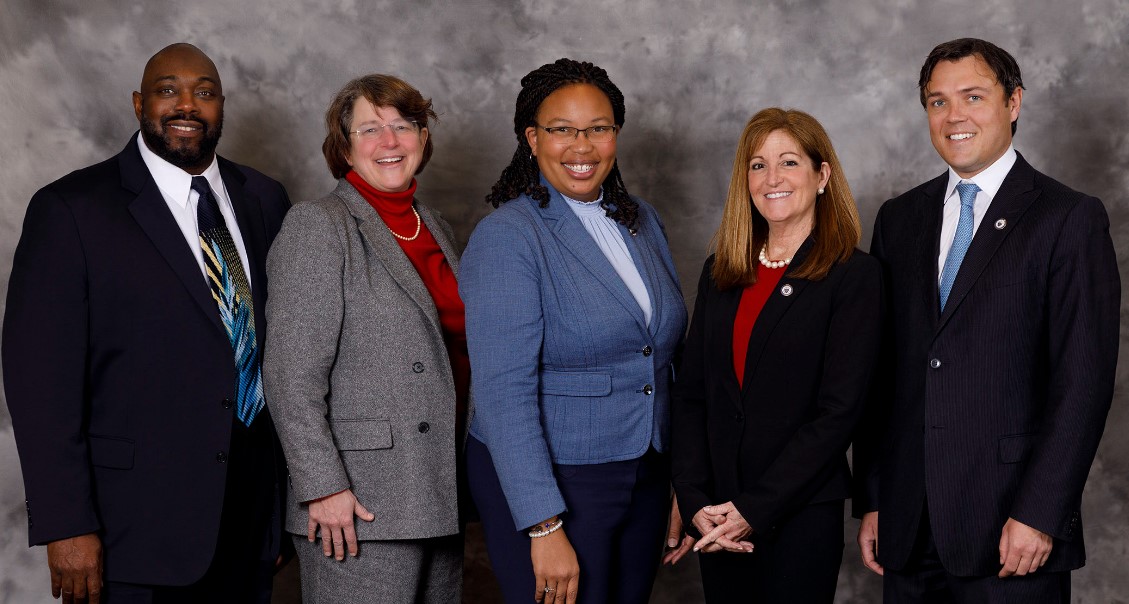 Delaware County’s budget is under extraordinary upward pressure, an analysis conducted by Broad + Liberty shows. The general fund total spending spiked from $251 million in fiscal year 2019, the last year a Republican Administration managed county operations, up to $284 million in the adopted 2022 budget — an increase of thirteen percent.

Yet as large as those numbers are, they have been adjusted upwards again since the budget was adopted, and the general fund doesn’t capture large budget edits happening in other departments.

In a special budget meeting in June, the $284 million in spending for the 2022 general fund budget was adjusted upwards by another $6 million, bringing this year’s total budget to $290 million, pushing the aforementioned increase up to an eye-popping sixteen percent. Despite the many revisions to the budget at the June meeting, the county conceded that still more budget revisions were forthcoming, including a review of unanticipated costs associated with de-privatizing the prison in the fourth quarter, as well as requests from the county elections director and the Fair Acres Geriatric Center.

The fact that county Democrats are spending significantly more in 2022 than county Republicans did when they were in the majority in 2019 might be expected. Democrats are ideologically predisposed to tax their constituents to fund expanded government services. Indeed, most members of the current council campaigned on the creation of a county-run health department as far back as 2017 and had actually begun parts of the process as early as 2019, despite the fact that a previously commissioned study conducted by John Hopkins University concluded no such bureaucracy would substantially improve public health outcomes.

As a practical matter, the county received more than $200 million in federal Covid-19 stimulus between the Trump Administration’s CARES Act and the Biden Administration’s American Rescue Plan Act. So, the obvious question for Delaware County taxpayers is: What are they getting for their money? Where is all that stimulus money going?

Broad + Liberty’s analysis of the county budget and subsequent spending revisions is likely to alarm many taxpayers.

In 2022, the Democratic majority adopted a budget that called for $189 million in spending. General Administration spending increased from $16 million to $26 million. Community Health spending, the line item that accounts for the newly created Delaware County Health Department (DHCD) in Yeadon Borough, increased from $377,000 to $8.5 million. In aggregate this represents a 26 percent increase in spending on core operations since the change in partisan control.

Additionally, at the June budget meeting, the county revealed it will adjust the health department budget for fiscal year 2023 from $11.8 million up to $18.2 million. That $6.4 million increase represents a 55 percent increase in its initial projection for next year and a 114 percent increase overall. It’s important to understand that because DCHD is its own category of spending, these increases are not captured in the previously discussed sixteen percent increase to the general budget.

For now, Covid-19 monies from the federal government have helped smooth over most of these costs. By law that money must be completely spent by 2024. So, the issue for taxpayers is whether the county’s operations and current spending trajectory can continue without substantial tax increases — or service cuts — when federal money is no longer available to subsidize a vastly expanded county government.

In the 2022 adopted budget alone, county council used $19 million in federal reimbursements and $6 million in cash reserves to balance a budget they have been unable to adhere to. The general fund and the DCHD, taken together, have seen a total of $12.2 million of edited, post facto spending that the original budget missed.

County officials attribute much of the increases to the creation of a county-run health department as well as the county assuming the management of the George W. Hill prison, which had been privately run for three decades. Budget documents also show the county aims to greatly increase salaries at the county prison, possibly revealing that officials underestimated those costs. At the June budget meeting, Howard Lazarus, the county’s executive director, said the county still intends on raising salaries for prison guards by 50 percent.

Records reviewed by Broad + Liberty show substantial increases to the county’s payroll, well beyond the mere addition of employees to the Department of Corrections or DCHD. Salaries, in general, appear to be a red flag. Using data obtained via a Right to Know request, the Delaware County Republican Party found that in 2020, the first year that the Democrats-controlled County Council, the county employed 832 people making more than $50,000 a year. Those salaries totaled 56.7 million annually.

Two years later in 2022, the county had 1,121 employees earning more than $50,000 which brought the annual total up to $77.9 million — an increase of $21.2 million. A similar analysis by Broad + Liberty largely confirms that thrust from the county Republicans.

New departments. New operations. New hires. These are not one-time pandemic-related costs, rather, they are long term obligations for which the taxpayer is on the hook in perpetuity, or at least until there is a change in the administration.

Also, these expenses are funded — almost exclusively — by property taxes and fees levied on residents and businesses in need of government services. So, what lingers as a question is: what percentage of federal monies spent to date have been used for one-time government expansion costs versus what percentage is earmarked for multi-year operational costs? How will these operational costs be covered going forward? Are Delaware County homeowners on a similar path as those in the City of Philadelphia?

From the publicly available budget documents, the answers to those questions are unclear. Perhaps intentionally so. Which is why it is worth noting that in May 2022, Philadelphia’s Office of Property Assessment created an uproar when it announced that residential property assessments for tax year 2023 are going up by an average of 31 percent citywide. In some neighborhoods, real estate taxes have doubled. According to the Mayor’s office, the increases are highest in low-income black and brown neighborhoods. These neighborhoods are already grappling with high inflation and even higher crime.

In response to multiple queries on these matters, executive director Lazarus told Broad + Liberty, “The sound financial management practices put in place have resulted in a greater degree of revenue and cost realism and alignment, transparency in the sources and uses of funds, and a decreased reliance on General Fund reserves to balance the budget.”

We hope he’s right. Our analysis, however, tells a very different story about the county’s likely fiscal position when the federal money runs out by 2024. Using Lazarus’ own methodology for the how the tax revenues were calculated for the 2022 budget as a baseline — and assuming the county still leveraged approximately $25 million in federal subsidies and cash reserves — the large incremental cost increases hitting the general fund such as the budgeted county contribution for DCHD and the $6 million mid-year budget adjustment would result in a 21 percent property tax increase. Without subsidies and reserves, the increase could exceed 25 percent.

As the old saying goes, elections have consequences. And as former Chief of Staff to President Obama Rahm Emmanuel once said, you should never let a good crisis go to waste. The strange and unanticipated confluence of those two political realities have left the county — its government, its taxpayers, its voters — in a set of circumstances unlike any in its history. The policy merits of the CARES and American Rescue Plan Acts notwithstanding, county officials are without question in a cash position to make historic investments in county infrastructure and strengthen the balance sheet for the foreseeable future. On the other hand, reckless spending, and poor financial planning in pursuit of fashionable ideologies over functional governance could have devastating socioeconomic effects for generations to come.

The county is at a crossroads. Let the data inform which road is taken.