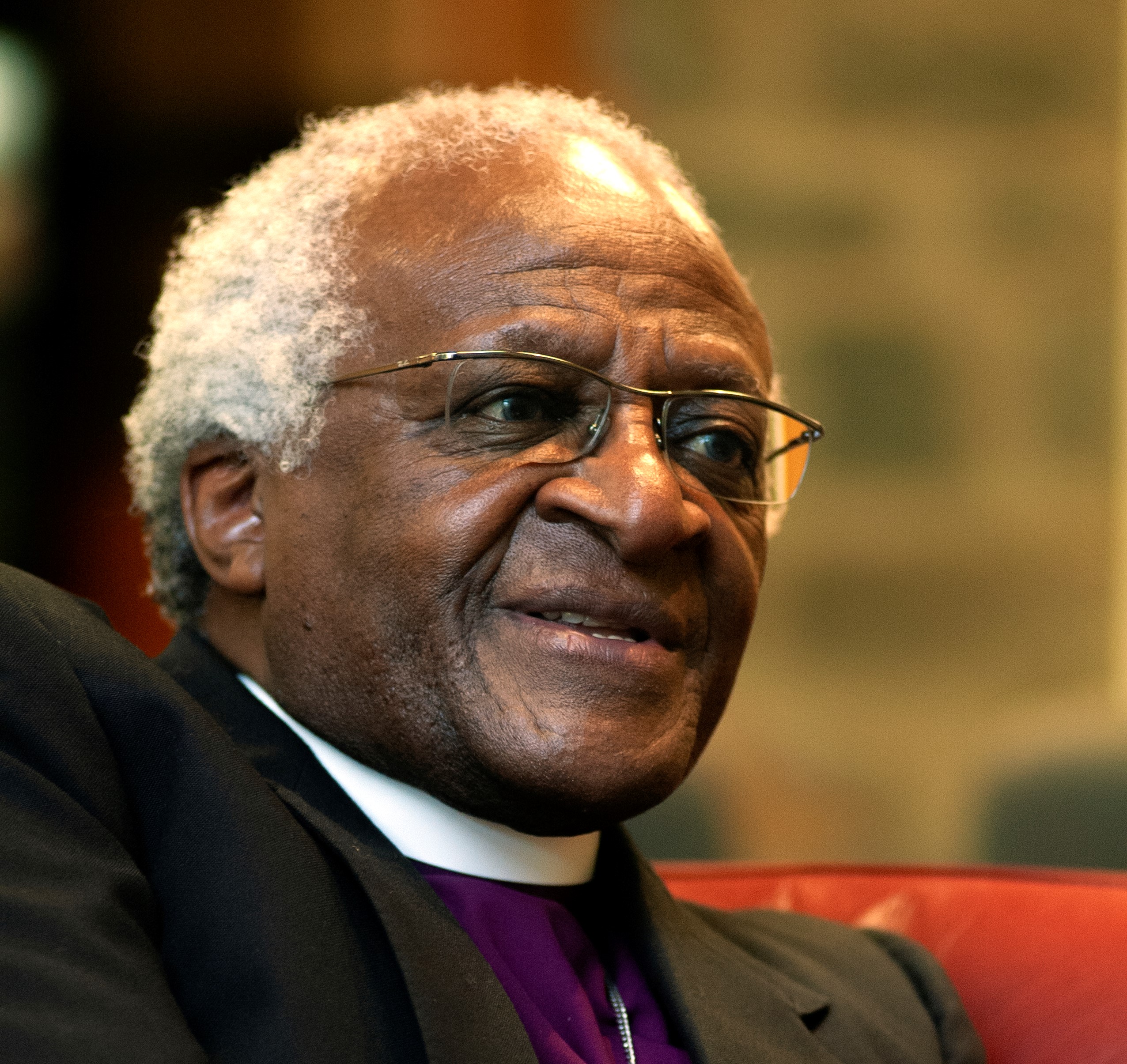 Desmond Tutu won the Nobel Peace Prize in 1984 for his work that helped end apartheid in South Africa. That year I was 16 and learned to drive. His work focused on human rights abuse, while my work was about how to make our 1970’s era muscle cars run faster. South Africa and the archbishop were unknown to me as I grew up in an insulated bubble of residential Philadelphia that rarely looked past its borders.

Becoming a photographer forced me out of that kind of cultural isolation. Twenty years later, I found myself sitting a chair’s width from the archbishop and photographing him during an interview session. He would be speaking that evening to an audience at Villanova University and receiving a peace award that was unique to the university.

Mostly, my preparation for this type of photography is about choosing the best location, deciding on what type of lighting I need, and some general reading and learning about the background of who I would be photographing. By 2004, even though I was not one to be rattled by being around well-known people, I did realize the immense reputation of the man I would be photographing. Nobel Peace Prizes aren’t handed out for organizing a community car wash.

I didn’t know what to expect when I would meet the archbishop. People react differently. The pressures of being in front of cameras and doing the rounds with the media can cause some to change. They are often guarded and it takes them a while to relax. And I knew I wouldn’t have time for the ice-breaking small talk which sometimes happens in the downtime before a photo session.

The interview was quick, the archbishop was jovial, and he moved on to the next part of his day. I joined the crowd that evening and photographed him receiving the award. And like many jobs as a photographer, we need to produce quickly and often don’t get to reflect as much as we would like regarding who we meet. We move on to the next gig and after a while, details are lost. It’s a life in constant motion.

If I would create a shortlist of regrets, one entry would be that I didn’t have the opportunity to share small talk that day with Desmond Tutu. And there wasn’t enough time for me to ask my version of serious questions since I wasn’t the interviewer. But something I think we all observed was the archbishop enjoyed the exchange as much as we did. He was a storyteller, just like the writer and photographer who sat across from him.

A friend of mine, also a professional photographer from the Philadelphia area, has met and photographed the Dalai Lama often, and I always wondered if her experience was like mine when I met the archbishop. And after reading this story from Lion’s Roar , I think the bond between the Dalai Lama and Desmond Tutu came from reflection on burdens they both carried and learned to overcome. Maybe that is oversimplifying it, but I think the essence of who they are, humble and kind people, is something that’s amplified and projected into their own lives, then passed on to others as a gift.

And now, having to sort through my extensive photo archive and recall what happened during a 30-minute session close to 18 years ago, I finally get my time to reflect. I’ll remember Desmond Tutu, who died Sunday at the age of 90, as a kind soul, humble, full of serious purpose yet fun to be around, and lastly a storyteller.