HARPER: When Taxpayers Agree To Be Taxed for Open Space That’s What They Want 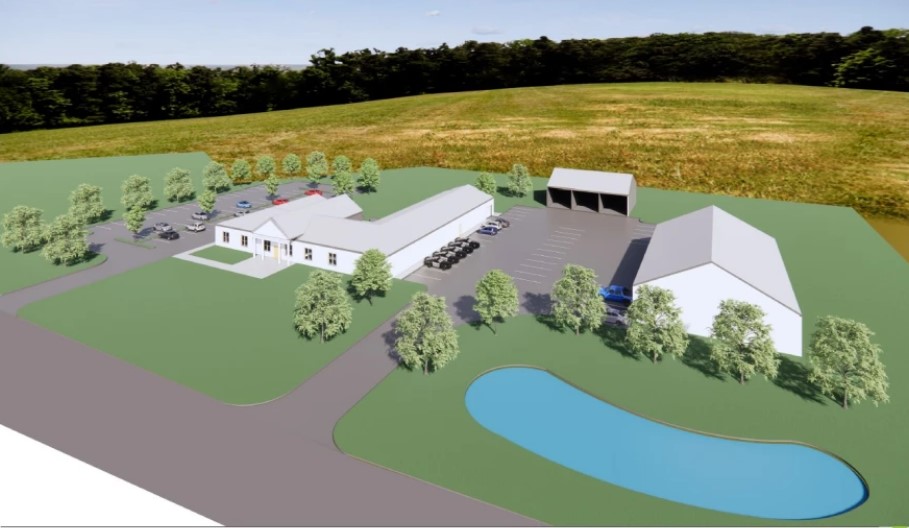 In 2006, the good folks of Upper Pottsgrove Township Montgomery County, PA decided to tax themselves to raise money to buy open space in the Township. The referendum passed handily and the voters agreed to pay .25 percent tax on their earned income “for making additional  acquisitions  of real estate for the purpose of securing open space pursuant to the Open Space Lands Act, Act 153 of 1996, 32   P.S. 5001 et seq.”

Just two years later, with the enthusiastic support of the local farmer who owned the land, the township acquired the Smola Farm at 370 Evans Road, acquiring more than 35 acres for “public open space.” But now? Now, the current Board of Commissioners is moving ahead with a plan to build a $5.5 million dollar Municipal Complex on the property.

The state law which permits the voters to impose a tax on themselves for open space purposes lists several appropriate uses of the land purchased with the proceeds:

(1)  To protect and conserve water resources and watersheds;

(2)  To protect and conserve forests…;

(3)  To protect an existing or planned park, forest, wildlife preserve, nature reserve or other recreation or conservation site…;

(4)  To protect and conserve natural or scenic resources, including but not limited to soils, beaches, streams, flood plains or marshes;

(5)  To protect scenic areas for public visual enjoyment from public rights of way;

(6)  To preserve sites of historic, geologic or botanic interest; [and]

(7)  To promote sound, cohesive, and efficient land development by preserving open spaces between communities…All good reasons and not one says it’s ok to build a new municipal complex on land preserved as open space.

At the time the Open Space Tax Referendum appeared on the ballot, supporters advertised it and pledged only to purchase open space from willing sellers, reminding the voters that open space purchases would not only preserve “a more beautiful and better place to live,” but would also “increase property values” and “decrease costs associated with schools.” Montgomery County’s recent study on the fiscal impacts of preserving land, Return on Environment, proves them right.

But now, in Upper Pottsgrove, all of that was forgotten, the land simply regarded as “empty,” and a perfect site for a development project.

The land could have been deed restricted at the time it was purchased, but no one believed anyone would forget the lengths to which the township’s taxpayers had gone to save it.

When the Department of Conservation and Natural Resources gives money to preserve land, the deed carries a notation: “”This property, or interest in property, was either acquired with or donated as a match for funds provided by the Pennsylvania Department of Conservation and Natural Resources (“”Department””)… This property, or any portion of it, may not be converted to purposes other than those authorized under the Act for property acquired with Department funds. No change of use and no transfer of ownership, control, or interest in this property may occur, and no encumbrance may be placed on this property, without the written consent of the Department or its successor.”

When Montgomery County makes a grant for an open space purchase, it insists that a Declaration of Covenants, Conditions & Restrictions, spelling out that “The future use of the property is restricted to open space, in perpetuity, with some form of public access as agreed upon by the County.”

When a conservancy acquires land to be preserved, a Conservation Easement spelling out the permissible uses is generally recorded against the deed. But when Upper Pottsgrove bought the land, there was no requirement the deed specify open space. And people forget.

This doesn’t change the law – if property is purchased using open space tax money, or is purchased and used for public purposes, both the Open Space Lands Act and the Donated and Dedicated Property Act protect it in perpetuity, but it does lead to some confusion. Local governments change and institutional knowledge is lost.

One way to avoid a problem has been suggested by WeConservePA.org, an association of land trusts who have developed a “Model Declaration of Public Trust,” which can be recorded against the deed to land purchased as open space, so that its purpose as open space is never forgotten.

In Upper Pottsgrove, of course, the taxpayers have NOT forgotten. The Commissioners, now aware of the problem, should do the right thing and leave the open space open.