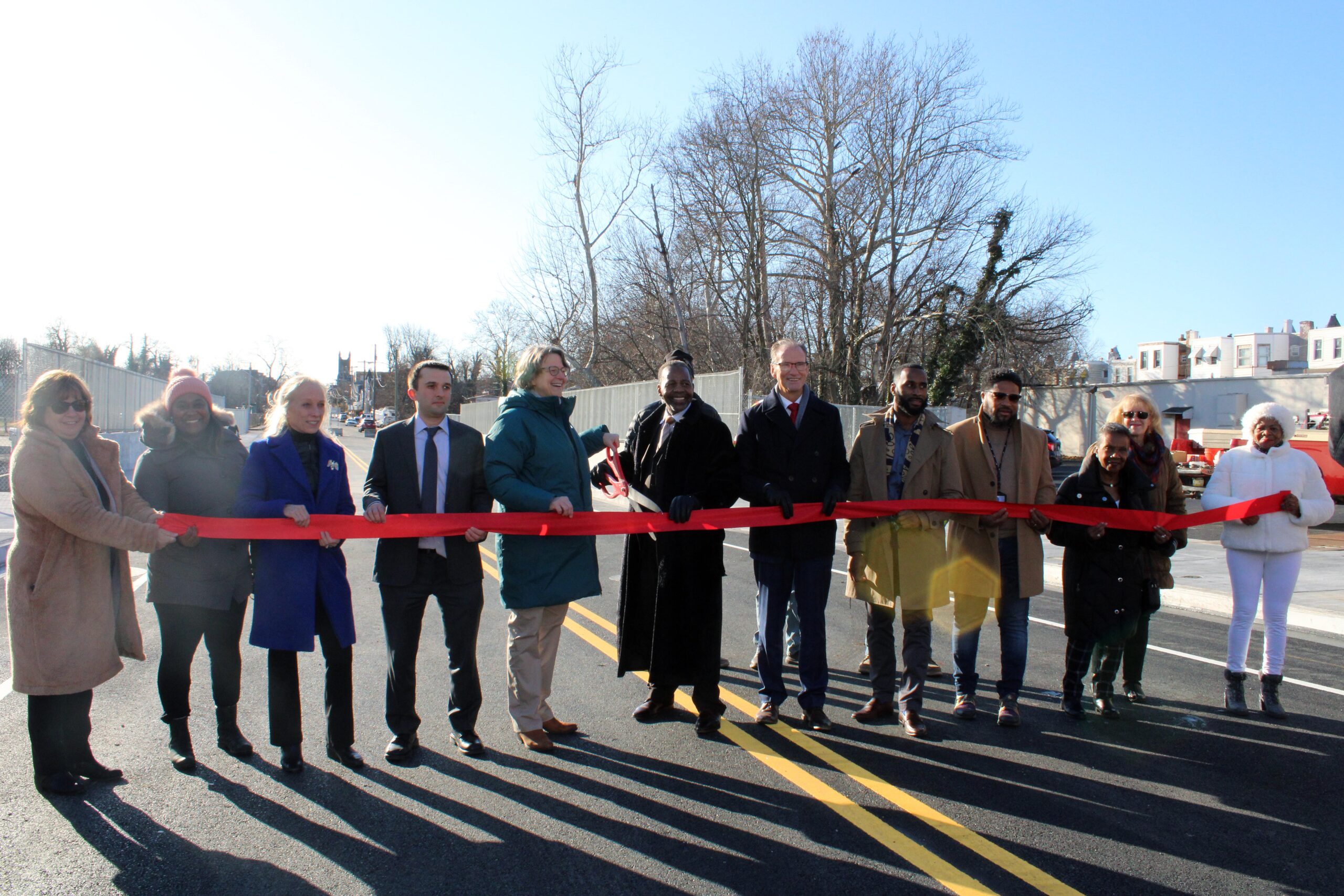 The reconstruction of Delaware County Bridge 186, on West 7th Street in Chester, began in 2018. The original bridge was a two-span steel bridge and was constructed in 1920. At the time, the bridge was weight restricted and couldn’t support heavy vehicles including emergency vehicles, school buses, and delivery trucks.

Construction began on the bridge in September 2018 and the scope of work included:

“After more than four years of the bridge being closed- we are absolutely thrilled to be standing here this afternoon to officially open it,” said Councilwoman Christine Reuther. The re-opening of the 7th Street Bridge is important for the city and the residents of Chester. The bridge connects the city on bothsides of the Chester Creek and is a key milestone in DelawareCounty’s ongoing efforts to make critical investments in the futureof our County.”

The new bridge ensures that vehicular and SEPTA bus access connects the city on both sides of the Chester Creek and it also serves as an important link to the downtown area by providing a safe walkable option for nearby residents. Heavier vehicles such as emergency vehicles, school buses, and delivery trucks can also now use the bridge.

Councilmember Reuther noted that in Delaware County’s ComprehensivePlan, improving the safety and capacity of our transportation networkis a key goal of the County. Due to the passage of the federal 2021 Bipartisan Infrastructure Law, the County and the commonwealth can make advancements to offset the growing deferred maintenance backlog.

With the opening of the Seventh Street Bridge, all three County owned bridges that are in the City of Chester are now all in good condition- a critical and necessary infrastructure improvement for Chester residents, Chester City businesses, and for those who commute through Chester.

Of the 43 bridges owned by the County, only 8 bridges remain in poor condition. As of 2023, 4 of those structures will be under construction in early 2023 and the remaining 4 structures will be under a phase of design in 2023. The work is being planned and completed in coordination with the Delaware Valley Regional Planning Commission, PennDOT, and the state and federal delegations to advocate for increased funding to invest in our roads, bridges, and highways.

The $10 million bridge reconstruction began in September 2018 and finished in December 2022. It was a federal Transportation Improvement Program (TIP) project with the federal government paying 80 percent and the state funding 20 percent.

“Through our bridge program, we continue to demonstrate good use of federal and state dollars to improve the safety of the County’s transportation network,” said Reuther.