Conshohocken-Based ZeroEyes Watches Out for Guns in Schools 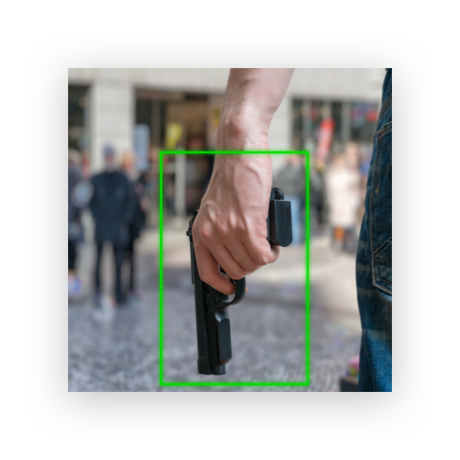 No parent can completely dismiss the possibility of their child’s school being the scene of a shooting incident. The tragic school shooting in Uvalde, Texas still reverberates.

Various theories have been espoused on how to curtail mass shootings. Sam Alaimo has put his theories into practice.

Alaimo is the founder and chief financial officer of ZeroEyes, a Conshohocken-based security firm that has developed technology designed to detect the presence of a gun, minimize the risk of a mass shooting and keep children safe using AI (artificial intelligence). The company is the only creator of the only A.I.-based gun detection video analytics platform that holds the U.S. Department of Homeland Security SAFETY Act Designation.

Alaimo, a former Navy SEAL, helped launch the company in 2018 as an effort to protect children and their teachers. 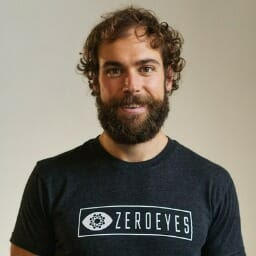 “I met our CEO, Mike Lahiff, on a SEAL team over a decade ago,” Alaimo recalls. “He was at his daughter’s school in 2018 after the Parkland shooting and he noticed all the physical security cameras there that were not proactive. They just sat there and did nothing.”

Alaimo, Lahiff, and their colleagues spent two years developing a system that would detect guns more efficiently than existing technology while still being cost-effective. The process included a rigorous testing protocol.

“We brought in cameras,” Alaimo said. “We used different angles different lighting conditions, different guns, different hand sizes, every different variable we could think of. That ended up being the unique difference between us and the other companies.”

That is one element of the ZeroEyes system. Then there is the human element; a team of observers who monitor and analyze the information provided by the system of cameras.

To protect clients’ privacy and the disclosure of confidential information, the analysts do not watch live video streams.

“The analyst is looking at a blank screen,” Alaimo said. ”The only time an image is seen on that screen is when a gun has been identified as either a true analysis or a false positive.”

That observers have backgrounds in the military or as first responders, and their professional knowledge is essential for the ZeroEyes system to operate at maximum efficiency.

“Our goal,” Alaimo says, “and what makes the software unique, is that when a gun is exposed in front of a security camera, within three to five seconds that alert will be sent to the first responders or the client. It goes from the camera to our ZeroEyes operating center in Conshohocken to the client.

“To be that quick, we need people who are very comfortable identifying guns and very calm under pressure.”

Alaimo and his team envisioned their system as something that would be used primarily in schools. But by the time it was officially unveiled in 2020, many schools had resorted to virtual education in response to the COVID-19 pandemic.

“We had a lot of initial interest,” Alaimo recalls. “Then COVID-19 happened.”

To keep the company afloat, the system was marketed to governmental and commercial entities as well as educational institutions.

Today, Alaimo says ZeroEyes technology has been introduced in 25 states, with clients from the education sector in 19 of them. And the company’s reach is expanding.

In the wake of school shootings of recent years, Alaimo says the company is receiving an increasing number of inquiries.

“The interest has grown exponentially,” he said. “It seems that the COVID-19 issue, the lockdowns, the mental health (issues), resulting from that is causing an increase in shootings. I’m not sure what the cause is but the timeline is the last two years is getting much worse.”

“Our grandparents and parents had nuclear attack drills from foreign threats, and we adults had fire drills growing up. Our children today have active shooter drills–things aren’t heading in the right direction,” said Mike Lahiff, CEO of ZeroEyes. “Enabling our A.I. gun detection technology for use beyond static video cameras is a huge step in combating the mass shooting epidemic that our country faces. Our partnership with Asylon Robotics means we’re able to outfit unmanned vehicles with real-time gun detection intel and tools such as lights and audible alarms to distract shooters, giving first responders time to respond to threats more quickly and safely from the air or on the ground, when every second counts.”

Alaimo emphasizes he and his company are not taking a position on the thorny issue of gun control.

“We created a solution for right now,” he said. “That solution is to detect guns and stop the next mass shooting.”