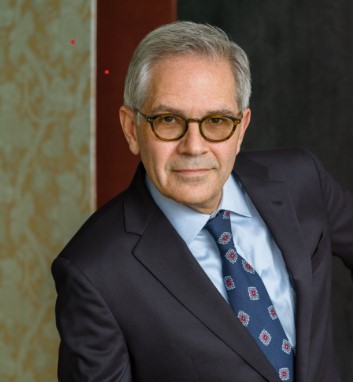 The state Senate is expected to consider three resolutions Tuesday that are procedural steps in beginning the impeachment trial process for Philadelphia District Attorney Larry Krasner.

Earlier this month, the state House voted 107-85 to impeach Krasner, a progressive Democrat, who has presided over escalating crime in Philadelphia. Under his watch, there have been 470 murders this year (as of Sunday) and 562 homicides in 2021. The city has seen more than 1,000 carjackings in 2022 as well.

The push to oust Krasner was led by Philadelphia GOP Rep. Martina White, who brought crime victims to Harrisburg to protest and had them testify at an impeachment hearing in Philadelphia.

“The Senate is prepared to move forward with its constitutional obligation to try the impeachment of Philadelphia District Attorney Larry Krasner,” said Erica Clayton Wright, spokesperson for the Senate Republican Caucus.

The Senate will consider action on three resolutions which are procedural steps to begin the impeachment process.

“The Senate will then recess until January 2023 with the impeachment trial slated to begin on Jan. 18,” Wright added.

White declined to comment on Monday and a spokesperson for the House Republicans also refused to comment, saying at this point they will let the Senate process proceed.

Radio talk show host Dom Giordano, a Philadelphia resident, has been outspoken about Krasner and rising crime in the city. He has strongly advocated for Krasner’s impeachment.

“The trial is on and I have great faith in lead prosecutor (Rep.) Craig Williams (R-Chester/Delaware). “I am turning up the heat on Philadelphia state Sens. (Tina) Tartaglione (D) and Jimmy Dillon (D),” Giordano said.

“Philadelphians’ votes, and Philadelphia voters, should not be erased. History will harshly judge this anti-democratic authoritarian effort to erase Philly’s votes – votes by Black, brown, and broke people in Philadelphia. And voters will have the last word,” Krasner tweeted.

And he also said via Twitter: “Last week’s impeachment is a shameful attempt to overturn the will of many Philadelphia voters who want a fairer justice system. Our lawsuit challenging the legality of this authoritarian move remains pending in court.”