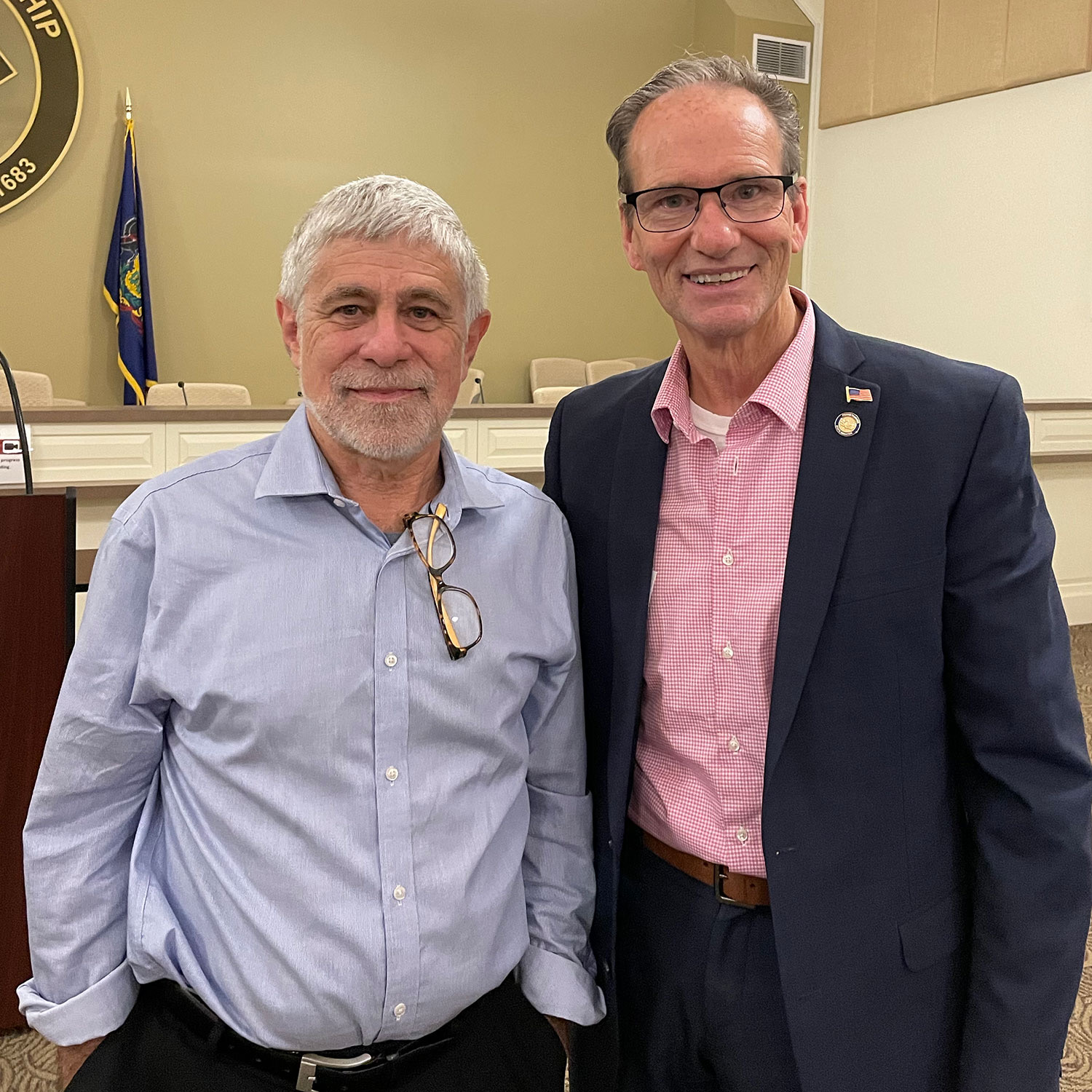 Who better than a Californian to speak to the Chester Water Authority about winning a water war?  Disputes over water rights are rife in the southwest. California once fought with Arizona over the rights to the Colorado River water, and Arizona called out its National Guard to stop dam construction.

The CWA, which serves 200,000 people in Delaware and Chester counties, has been trying to fend off a takeover by Aqua PA since 2017. The issue is now pending before the state Supreme Court.

CWA contends that rates for consumers and businesses will rise if Aqua acquires the water company, and also, residents will lose access to Octoraro Reservoir.

Donald Cohen, co-author of “The Privatization of Everything: How the Plunder of Public Goods Transformed America and How We Can Fight Back,” spoke to Save CWA last week. He’s also the founder and executive director of In the Public Interest, a research and policy center.

Cohen talked in broad strokes about why publically owned entities like schools, libraries, or parks are generally good, but people can lose out when for-profit corporations buy those institutions.

“The problem comes when their interests conflict with a public use,” said Cohen. “That’s the issue.”

In 2008, Chicago was in dire financial straits when it was offered a deal to sell its parking spaces to a private consortium led by Morgan Stanley, a parking company, and a sovereign wealth fund from the Middle East for $1.1 billion cash he said. The private group would control the city’s 36,000 parking meters for 75 years. Chicago took the deal and has lived to regret it when, for example, it needs to close a street for a parade or wants to add bicycle or bus lanes. It must pay the group for what was formerly its property.

“They just didn’t negotiate right,” he said. “They got taken.” 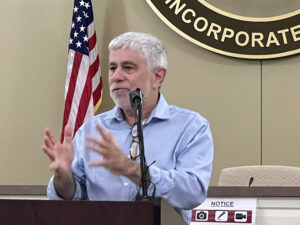 Often, local governments are not as sophisticated as the private companies who come in and want to buy something the public owns. And the officials see a PowerPoint with a bunch of “pretty pictures” and sign on the dotted line, ending up with a raw deal for their residents.

“This is an assault on our democracy,” Cohen said. And contracts, once signed, can be hard and expensive to break. “A deal’s a deal. Rigid contracts take away our ability to make decisions.”

Cohen also cited private companies that run prisons as another example.  Governments typically guarantee a certain number of beds that will be filled. So what happens when crime decreases? Is there an incentive to arrest more people?

In Arizona, the private contracts were for 100 percent bed utilization, but now the prison populations are going down because of the legalization of marijuana, he said.  And the state does not have the money for training and rehabilitation “because it’s locked into these contracts.”

CWA Board member Joe McGinn said CWA has “bipartisan support working for us in Harrisburg.”

He asked Rep. Leanne Krueger (D-Folsom) and Sen. John Kane (D-Delaware/Chester) to ask the Delaware County council to get involved. And he thanked the two legislators for “fighting on our behalf.”

“None of them that are on the council now actually live in this district,” said McGinn, a former Delaware County sheriff.

Kane has received a lot of phone calls about CWA. He understands why the City of Chester wants to sell CWA because of being in state receivership and needing to sell the asset to escape that situation.

Having Aqua buy CWA “wasn’t the right thing to do,” said Kane, who introduced a bill to support ratepayers’ rights if an acquisition occurs.

However, another bill, SB 597, “written by big water companies” that would make it easier for Aqua and other companies to acquire community-owned utilities, was tabled this past week, he said. But he believes it will be brought up again.

“I’ve always believed in public utilities,” he said. “Over the last 18 months, I’ve gotten a crash course in what private water looks like, and I’m sorry to report, it’s not good.”

However, several bills to stop the sale of CWA remain stalled in committee, Krueger said.

An audience member suggested demonstrations outside the Supreme Court to sway the justices.

“People in motion,” he said. “That’s the only way it happens.”

“That’s their business,” Catania said. “That’s what they do. Constituents don’t understand the pressure the legislators are under.”

“Aqua has a list of every water system in the state,” said Cohen. “We should create that list and get ahead. Their strategy is to surround the cities…They’re playing a long game.”