A Fighter Runs for State Senate in Philadelphia 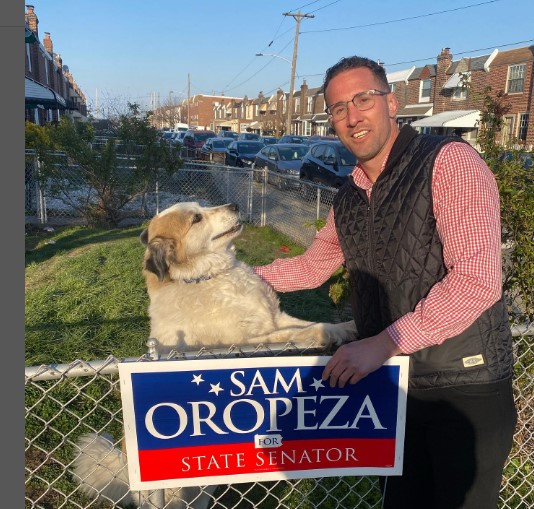 When Sam Oropeza was competing in mixed martial arts and professional boxing, he relished the underdog role.

That tenacity could be an asset as Oropeza, a Republican, seeks election to the Pennsylvania State Senate from the Fifth District, encompassing much of Northeast Philadelphia. He and Democrat Jimmy Dillon will square off in a special election on May 17 to fill the unexpired term of Sen. John Sabatina Jr., who resigned in November after being elected to a judgeship on the Philadelphia County Court of Common Pleas.

The winner will serve through 2024.

Oropeza lives in the River Wards with his fiancé and two children and works as a real estate salesman. He says his quest to seek public office is fueled by a desire to help city residents upgrade their quality of life. When time permits, he mentors aspiring young fighters.

“I always had aspirations of running,” he said. “Working in the Harrowgate neighborhood in Philadelphia for the past three-and-a-half years is really where I developed a vision for Philadelphia.

“You also see how policies keep people down and keep neighborhoods back. And all that mixed with moving my family here four months before the start of the pandemic and watching the quality of life get destroyed, I would say really was the biggest deciding factor in me running.”

When asked about issues that are most meaningful to Fifth District residents, Oropeza pointed to public safety and education.

“Number two is education. We are the fifth-largest city in the United States, and we have the highest poverty rate. And it bothers me when I see kids who are living a life of poverty, and you see the lifestyle that they live, the habits that get reinforced into them. It’s heartbreaking to see children who are going to continue that cycle of poverty.”

Oropeza, who is one of six children, lost his father at age 10. “I grew up without my father and I understand that the habits and the choices that we made and the habits that we have will make a big difference in the outcome of our lives,” he said. “Education is so important to me and our quality of life. You can’t even call 911 anymore. The phone just rings. So, we don’t really get the services for the taxes that we pay.”

Oropeza acknowledges he has an uphill fight to win the election, given the Democrats’ registration advantage. But just like Rocky Balboa, he is not conceding defeat. 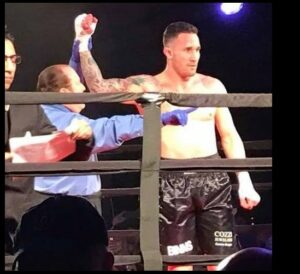 “When you look at (the 2021 Philadelphia District Attorney’s race) Peruto versus Krasner, and when you look at Donald Trump versus Joe Biden, and you look at the Fifth Senate District and the way the votes went, it is the only Senate district in the city of Philadelphia where a Republican has a chance to win.

“I have been doing exactly what I should be doing, which is getting out in the community, knocking on as many doors as possible, and my message is very well received. People are fed up. When you see the current state of Philadelphia, and also when you see the current leadership we have in this country. When I say, ‘Hi, My Name is Sam Oropeza, and I’m running for the state Senate, and I’m the Republican candidate,’  you see a sigh of relief in people, and it does give me hope. People are excited. People want to support me.”

DVJournal asked Oropeza if he felt a connection to Trump.

“I’m the youngest of six kids raised by a single mother,” he said, “so I really can’t identify with Donald Trump. But what I can identify with are the people of Philadelphia. I’m somebody who has lived the life that I would say the majority of Philadelphians have lived.

“I earned the hard way, and I earned it through hard work, so I really don’t connect myself with Donald Trump. It doesn’t mean that I don’t like him, and it doesn’t mean that I do like him. It’s just  that my message is for those from that blue-collar, working-class background that we have here in Philadelphia.”