Residents Weigh In on DELCORA Sale 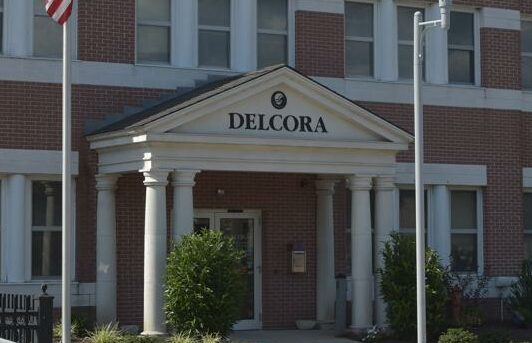 State Sen. John Kane (D-Chester/Delaware) joined a telephone public hearing Thursday to share his views on the proposed $276.5 million deal for Aqua PA to buy DELCORA. He opposed the plan and, if Thursday’s hearing is any indication, he is far from alone.

“I’m here today to relay a message delivered to me loudly and clearly. The people in the 9th District as a whole do not support the private takeover of public utilities,” he said, noting that goes for Republicans, Democrats, and independents. “All agree public utilities belong in public hands.”

“This would be a slap in the face to the people of Delaware County,” said Kane.

During Thursday’s hearing, person after person urged Administrative Law Judge F. Joseph Brady to say no to the proposed sale of DELCORA (Delaware County Regional Water Control Authority). The proposal, which extends back to the previous GOP-controlled Delaware County Council and had been rejected by the current Democratic majority, has been at the center of political controversy from the beginning.

Citizens and ratepayers had their chance to speak, and they were nearly universally in opposition.

Swarthmore resident Christopher DeBruyn said he has studied the issue in depth.

“I’m protesting as a private citizen,” said DeBruyn. “The sale is “strongly against the long-term interests of DELCORA ratepayers.” But “massive rate increases are coming no matter who owns the system,” he said.

Ross Schmucki, also of Swarthmore, a former councilman who chaired the public works committee, said he had read the trust document. Newspaper articles about it were “misleading,” he said.

He noted that a trust Aqua had offered to set up would be based in Delaware and the $200 million that would be put into the trust would flow to Aqua itself, not to customers to defray rate hikes as promised.

“That $200 million is no substitute for full rate stabilization,” he said. “The trust by its terms says it will be non-responsive to anybody (according to the) memorandum of understanding.”

Cynthia Ziegler of Downingtown said she is already an Aqua customer, and her rates are much higher than promised.

“Whenever Aqua purchases a place, our rates go up,” she said. “I, too, am opposed to their purchase of DELCORA…This is so unfair and obscene. We’ve been paying these rate increases for years.”

“The sale does not promote the public good,” said Peter Mrozinski of Landenberg. The towns of New Garden, Willistown, and East Whiteland sold their public sewer systems to Aqua with the PUC’s approval even though an administrative law judge recommended against it, he said. New Garden saw an 80 percent increase in sewer rates. The PUC members ruled for the sale because they believe the state legislature favored consolidation, Mrozinski said. But DECORA is already a regional authority with 500,000 customers serving 46 municipalities.

“A monopoly is never in the public interest,” he said.

Vijay Kapoor, a representative of the City of Chester Receiver, tried to testify to tell Brady that Chester was not in bankruptcy, but Brady said that he was taking testimony from individual customers, not government entities. He suggested that Kapoor file a motion.

Stephani Perez, a Chester resident, said, “I am protesting. I am against Aqua.”

“It would be a great hardship to the residents of Chester. If the rates continue to go up, we won’t be able to afford water…Many residents will be pushed out of the city if they can’t afford the water.”

Kearni Warren, who ran as a Green Party candidate for Chester city council, was also opposed to the sale.

“Put people over profits,” she said. Aqua is also trying to buy the Chester Water Authority, she added. “I feel their actions are based on greed. A public bidding process wasn’t held.” She said that she had received a “deceptive” mailing from Aqua.

He noted he is a DELCORA customer but through a municipal system. And any promised rate savings would not necessarily go to the residents but might be used by municipalities for other needs.

“I strongly oppose the sale,” said Badey. “It’s not fair to ratepayers.”

Judge Brady said he expects to give a recommendation to the PUC in late April or early May 2023.