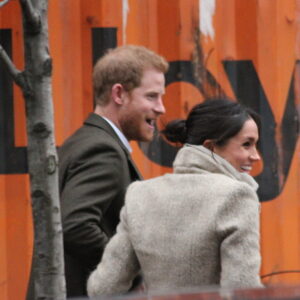 Mired in scandal and gossip, the Brits still seem to love their royal family. Not even the black sheep princes of the realm can stop pollsters from discovering that a majority believe the monarchy is fine even if it’s sopping up more than $100 million a year in taxpayer money.

The return on the investment would appear enormous in terms of great publicity for Britain, royal warrants or seals of approval on products, and simple patriotism, as seen in the adoring articles and mentions in newspapers and magazines. The late Queen Elizabeth II will go down in history as a beloved, unifying figure regardless of the ups and downs, dramas and traumas afflicting the daily lives of the commoners over whom she “ruled.”

Of course, the monarch, now Elizabeth’s son King Charles III, doesn’t rule anything, including his own family. Real power has long since passed to the bureaucracy, the elected Parliament and the prime minister, who must bow ceremoniously before the monarch after rising to temporal power.

If the monarch holds symbolic or spiritual status, though, why does everyone love to pillory the royals when they’re discovered to be mere mortals? TV viewers salivate over the outpourings of Prince Harry as he talks about the hardships and humiliation he and his American wife, Meghan, were subjected before fleeing for sanctuary in southern California.

Poor guy, he and Meghan are getting millions for the first of four books, but his father, King Charles, is so mad at him that they’re not even talking. Pretty soon, he and Meghan, who still hold the titles of Duke and Duchess of Sussex, a historic county in the British southeast, may soon be fired. That is, they will lose their titles, which are meaningless anyway since they have little say, or any discernible interest in what’s going on in Sussex.

In Britain, though, it’s all about history. Two days before the new year, I attended an elaborate service at Canterbury Cathedral marking the “martyrdom” of St. Thomas Becket, the archbishop assassinated in the 12th century.

In those days, the king really ruled his kingdom and may have ordered the assassination by his knights in a quarrel over power. The current archbishop, Justin Welby, will preside over the coronation of King Charles III in May, but that does not mean there’s no conflict between church and state. Welby has been critical of the conservative government of Prime Minister Rishi Sunak for the government’s heartless policy toward asylum-seekers, including suffering hordes navigating the English Channel in small boats that sometimes don’t make it.

After the evensong service for St. Thomas, Welby was standing outside the door, holding a shepherd’s staff guarding his flock. We talked politics — but only the rift between church and state all those centuries ago. “We’re honoring a man for being assassinated by the king,” he said. Regaling me with bits of history, he asked if I had ever read T.S. Eliot’s classic “Murder in the Cathedral” about the assassination. Can’t remember, I replied. “Maybe decades ago.”

As the martyrdom of Thomas Becket resonates through history, you wonder if the court of Kim Jong-un in North Korea resembles the ancient English monarchy. Kim did arrange the assassinations of perceived rivals and threats to power, his uncle-in-law and his older half-brother, and he also ordered the murders of many others guilty of daring to question his edicts or perhaps looking the wrong way or worshipping another god or just being a relative of the wrong person.

No wonder the Brits love to make fun of the weaknesses and foibles of a monarchy that’s beloved and scorned. What could be better than the specter of a king’s brother, Prince Andrew, getting into deep trouble for his relationship with the late degenerate Jeffrey Epstein, purveyor of underage women to a galaxy of celebrities?

Andrew, like Harry, is definitely on the wrong side of his big brother, the king. He, too, may lose his dukedom ― in his case as Duke of York. It may not matter, of course, that Prince Andrew has no more power over York than Harry over Sussex. These days, the monarchy is for pomp and circumstance, show and tell.

Archbishop Welby of Canterbury, when he crowns the king, might remind him of the martyrdom of Becket as a lesson for a king whose power extends no further than his ability to deprive a brother and son of silly titles.